The Los Lunas wrestling team is coming off of a very successful week, kicking it off with a 64-6 duals win over Valencia at VHS on Wednesday before claiming first place at the Bernalillo Duels on Saturday.

The Tigers dominated their county rival, only losing one match to the Jaguars in the rout, which took just over an hour.

The majority of the matches lasted less than a round as the Tigers earned pins against most opponents.

On Saturday, the team traveled to Bernalillo to compete against seven other schools including Albuquerque Academy, Kirtland Central and Socorro.

The Tigers came out on top in the end, setting the team up with positive momentum heading into tomorrow’s Joe Vivian Invite at Manzano High School.

LLHS will host its only home match at 4 p.m. on Wednesday, Jan 22 when it hosts district duals.

Belen competed against Socorro on Wednesday and are scheduled to travel to Grants today. Valencia also returns to action at Manzano tomorrow afternoon. 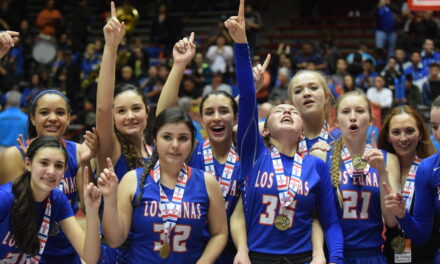