Property owners say no to high-power lines in Bosque 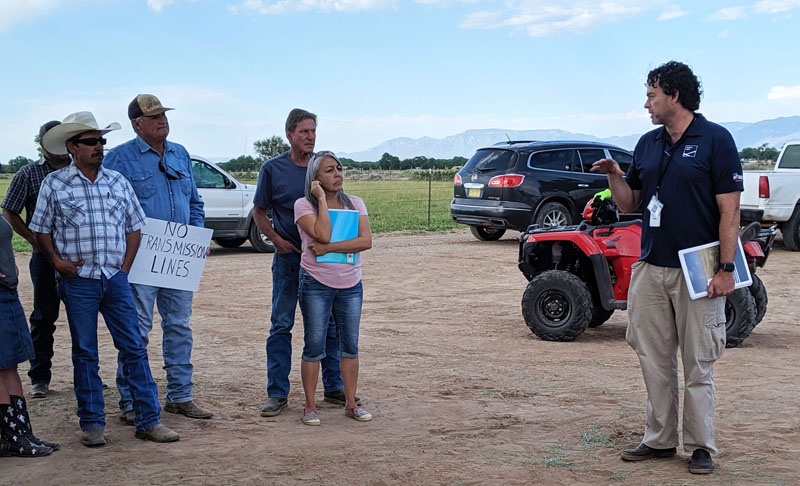 BOSQUE — Not here. Not now. Not ever.

That was the message from more than two dozen Bosque residents to representatives of Pattern Development, the company co-developing a proposed high-power transmission line through the rural community.

The line would cut through several agricultural properties in southern Valencia County, and needs a right of way up to 150-feet wide. The steel towers carrying 345 kV of power from wind farms in eastern New Mexico are projected to be 120- to 140-feet high.

One property owner, Romy Baca, has gathered 100 signatures on a petition to stop the transmission line.

“This is crossing properties, dairy farms, our lands and homes,” Baca said, addressing Pattern representatives and neighbors standing in her hay barn last Thursday. “This is not your typical utility line. We are asking you to redirect the line.”

If all goes according to plan, a high-voltage transmission line will be carrying 1 GW of renewable power through Valencia County by late 2020.

Several people at the meeting were concerned about the health effects of the high voltage lines on not only the people living near the lines but their livestock as well.

He went on to say the three or four dairies in the area each employ 50 to 60 people, and if milk production decreases, they were in danger of losing their jobs.

Kevin Winner, a member of Pattern’s land acquisition team, said during at the meeting no one wants to put anyone out of business.

“During this process, we will reference studies that speak to a specified distance the lines need to be from animals,” Winner said.

During a phone interview on Tuesday with Adam Renz, business development manager for Pattern Development, he said studies have shown that cows are sensitive to what’s called stray voltage caused from an improperly grounded element.

“They will avoid areas with stray voltage,” Renz said. “But there have been no studies linking damage to bovines to electromagnetic fields.”

Bosque resident Louis Romero asked if Pattern had considered putting the line to the south along N.M. 60 in Socorro County.

Winner said the N.M. 60 right of way has already been requested for use by the SunZia project.

SunZia, a transmission line planned to deliver renewable energy generated in New Mexico to utilities in California, has been stalled for several years due to environmental concerns and its proximity to Bosque del Apache National Wildlife Refuge in Socorro County.

Earl James agreed, saying the transmission lines should be run through existing right of ways along public highways.

“Run it through the highway like everybody else,” James said. “Put it on public land, state land, not private land.”

Winner said the Western Spirit project was being put on as much state land as possible.

James and others also suggested Pattern put the lines on land to the south of Bosque already owned by the state, such as the wildlife refuge.

The community members at the meeting didn’t specify which wildlife refuge they were referring to.

There are two south of Bosque — the Ladd S. Gordon Waterfowl Complex in southern Valencia and northern Socorro counties, and Bosque del Apache.

Renz said state and federal regulations, as well as numerous environmental agencies, would not allow the lines to cross either of the refuges.

Several property owners asked if the project would ultimately be forced through with the use of eminent domain. Winner said the company had no intention to use that process, as did Renz.

“While it is a tool, eminent domain grinds everything to a halt. I honestly doubt we will get to that point,” Renz said.

“Ideally, if someone just doesn’t want this on their land, we will re-configure the line, work around their property, to put it on another piece of property. Our hope is to find neighboring property owners who are comfortable with this.”

Renz said the company is offering landowners in the area substantially more for their property compared to other parts of the route.

An e-mail obtained by the Valencia County News-Bulletin offered one land owner in Veguita $25,000 per acre to build the transmission line across their property.

One is the Transmission Line Act and the second grants RETA, the state agency that is the co-developer of the project with Pattern, the power of eminent domain.

The transmission line is a joint development between Pattern and the Renewable Energy Transmission Authority of New Mexico, created by the Legislature in 2007 under then Gov. Bill Richardson.

RETA is a governmental instrument to finance, plan, acquire, maintain and operate certain renewable transmission and energy storage facilities in concert with the private sector. New Mexico is one of eight states that have a transmission authority.

When asked, he informed the residents the county didn’t have authority over the project.

“It doesn’t come to the commission. My understanding is it goes to the (Public Regulation Commission) for final design approval, the ultimately, the governor has the final say so,” Hyder said. 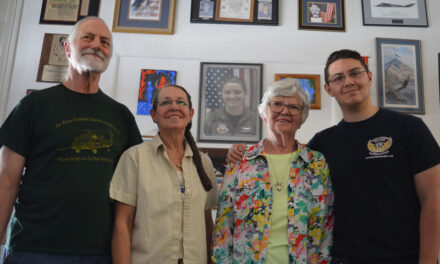 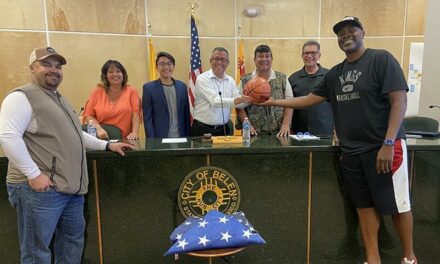 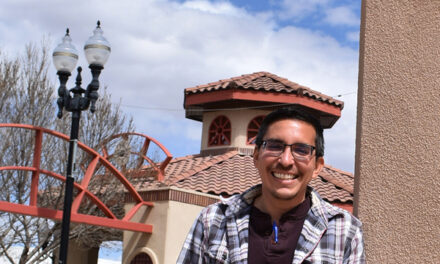