“Hey Dad, can I borrow the car tonight?” has a totally different meaning to many of the drivers who make the rounds at Duke City Raceway in Albuquerque’s South Valley.

That’s because there are a number of father-son and father-daughter combinations that race at the track each Saturday night, including several from Valencia County.

In the Hobby Stock division alone there’s Ron Leathem Sr. and Ron Leathem Jr., Phil York and his two sons, Sandy and Scott, and Jeff Whyman and his daughter, Audrey.

Another father-daughter combination, Paul and Kristy Smith, can sometimes be seen running their respective Sprint Cars side-by-side. And then there’s the Ford family of Mike Sr., Mike Jr., Randy and Ronnette, who race in the Late Model and Street Stock divisions.

The patriarch of the whole group may be Phil York, who has been racing cars at DCR since 1971.

“I’m kind of the Godfather out here,” joked the 66-year-old who makes his home in El Cerro Mission.

Phil has built a reputation around the track as a fast and clean driver who is always willing to provide “fatherly” advice. “I’ve been around a long time. My advice is worth what it costs you. But I try to give good advice. If a young guy comes out and is willing to listen, I’m willing to try to help him out,” he said.

Phil’s love for racing has been passed down to his two sons. “They started coming out here when they were 5-, 6-, 7-years-old,” Phil said. “They’re part of the racetrack culture.”

Scott and Sandy York are spending more time away from the track this particular race season, but only because their jobs and other matters in their lives have interfered. But Sandy comes out when he can to race on special weekends or help out his dad, as he did one Saturday earlier this month.

Sandy is in love with racing too, and he clearly loves his dad, as was apparent by his words.

One driver who credits Phil with helping him get up and running at DCR is Jeff Whyman of Los Lunas. Whyman’s been racing just a few years, but it didn’t take long before the racing bug was passed down to his 15-year-old daughter.

Audrey served her apprenticeship as her dad’s “pit witch,” scrapping off globs of clay that accumulate around the fenders and the underside of Jeff’s race car.

“She kind of became my right arm,” Jeff said. “After a couple years of scrapping mud, we started her out in the powder-puff races they have in Grants. Now, I let her drive the heat races and I drive the main (event).”

Audrey, who just got her driver’s license last December, said her dad has taught her a lot about racing and is always there to help her. “He’s my mechanic, and he beats out the dents,” she said. Audrey said her father has given her tips about racing on the dirt oval. The most important guidelines she said she’s learned are to stay in the groove and don’t get in a wreck.

“When you’re a rookie, you try to stay out of the way of the faster cars. You don’t want to get into an accident, because they get pretty mad,” she said.

Jeff said he’s not worried about Audrey getting hurt in a wreck. “If you look at the car, it’s very safe in there,” he said. “I have zero concerns.”

Neither does Jeff’s wife, Margie, who sometimes sings the National Anthem before the races at DCR. Margie brings their other teen-age children, Christopher and Abigail, out to the track to cheer them on.

“My wife is now the biggest racing fan there is,” Jeff said. “They’re out here every week. They never miss a week.”

As with Audrey Whyman and the York boys, racing got into Ron Leathem’s blood through his dad. “I grew up around it. He built my first car. Now we help each other in the pits,” he said.

The Leathems help each other in the pits, but it’s a different story on the track, when both are behind the wheels of their Hobby Stock racers. “Now we race in the same division, so it’s a little competitive,” said Ron Jr., who takes racing seriously and is as competitive as they come. After all, he said, the object of racing is to win.

But still, Ron Jr. said competing against his dad is a little different than racing against the other guys out there. “It’s a different experience when you come up on him or he comes up on you,” he said. “You try not to think different of him, but you do. You don’t want to push him as far as you would another car, but you have to.

“Fair is fair. You’re all alone out there. If he gets in trouble on the track, he takes care of his own thing.”

Sandy York has also had experience being on the same track as his father. Sandy’s managed to beat his dad on the track a few times, but “very rarely — just through good fortune rather than pure skill,” he said. “Maybe when you get out front on a bad track, where there’s not much passing. Because he can seriously out-drive you.”

Sandy dreamed of the day when he’ll race along side both his father and son. “I’ve got a 16-year-old. We’re going to get him out here sometime, so then we’ll have three generations.” 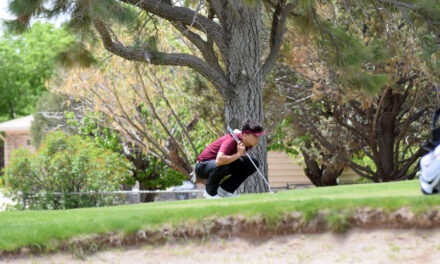 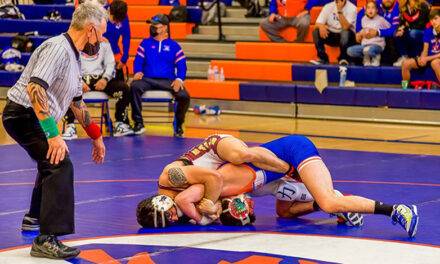 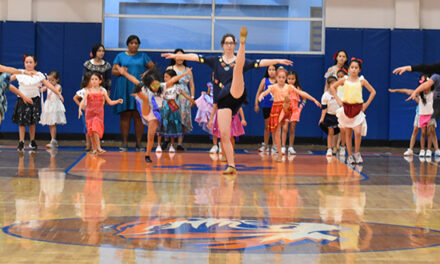