Home » Education » Redistricting options presented to Belen Board of Education

BELEN — Now that the decennial census is in the rear view mirror, it’s time for local governing bodies to move the invisible lines that denote districts and rebalance representation.

The Belen Board of Education has begun looking at options for new district boundaries for all five of its members. The purpose of districts is to give each board member about the same number of people to represent.

With the population numbers changing every 10 years, some districts grow while others shrink, so elected boards have to redraw boundaries to even out the number of people per district.

During a redistricting workshop on July 28, board member Larry Lindberg, who represents District 3, said the five board districts need to be within 5 percent of each other, plus or minus.

The district grew by about 1,817 people in the last decade, but Lindberg’s district was one of two that experienced the most growth since 2010, increasing by 30 percent, about 5,722 people to a current population of 6,268.

District 2, the other district that experienced large gains is represented by Aubrey Tucker and saw 4 percent growth — about 73 individuals — and now has 5,341 people.

The total population of Belen Consolidated Schools, which includes all of Valencia County and part of northern Socorro County, is 28,597. The goal is to redraw district boundary lines to give each board member 5,719 people, plus or minus 5 percent.

Consultant Colleen Martinez, who helped the district redraw its school attendance boundaries last year, did the analysis of population shifts in the five BOE districts and created three redistricting options for the board to consider. Martinez is the president at Albuquerque-based Visions in Planning.

Before presenting the redistricting plans, Martinez brought the board up to speed on the district’s community diversity as per the 2020 census — 60.9 percent of the population is Hispanic, 35.5 percent is Anglo non-Hispanic, the Black/African American population is 0.8 percent and 1.4 percent is American Indian/Alaska Native.

Deciding how many people each board member should represent was done by simply dividing the total number of people in the district by five, Martinez said.

“Each district has to be within 5 percent, so the population is balanced among all the districts,” Martinez said. “You are never going to get 100 percent, so that’s why you’re allowed the plus or minus 5 percent.”

The new boundaries mostly line up with census blocks and along roads.

“We try to stay cohesive and not split census blocks,” she said. “The push and pull (among the districts) is so delicate.”

She noted all three options meet the requirement of being less than 5 percent over or under the ideal population of 5,719 people.

None of the three options resulted in radically different boundary lines for each district compared to the current configuration. The first option ranged in population variance among the five districts from 0.3 percent to -2.3 percent. Option two ranged from 3.9 percent to -2.9 percent, and option 3 from 2.1 percent to -4.8 percent.

With all three options being within the required parameters, Cordova asked why Martinez created three options. She said the options are there to provide alternatives if there’s community input or objections.

“We wanted to still use markers the community knows (in the new boundaries) and in working with other (school) districts, they requested three options,” she said. “It gives us the ability to show other ways to do it.”

Asked if the district could make boundary adjustments as more houses are built, Martinez said once a redistricting plan is chosen, the boundaries would stay the same until the 2030 census.

During the 2020 census, Lindberg said his wife was a census taker in areas within the BCS district.

“A lot of people wouldn’t talk to her or let her in. The president cut off the census early,” he said. “That hurts us because that’s how we get federal  money. I feel Mr. Tucker’s area has more population than what is given in the census. These are some of the factors that hurt us money wise.”

Martinez agreed, noting the redistricting process can only take into account what is in the census.

“What we see and know is different. We know some areas grew after the (2020) census was taken,” she said.

In creating the new boundaries, Martinez said where the largest population concentrations are and where growth occurred are the two dominant factors.

“When you move a boundary, pull one place, you have to push somewhere else,” she said. “It’s a delicate balance.”

All workshops will be held at BCS central office in the boardroom, 520 N. Main St., Belen.

Belen Board of Education redistricting options

Belen Board of Education redistricting options 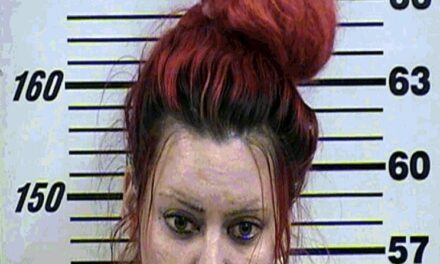