BELEN — A locally-organized basketball tournament in the Hub City brought in a lot of teams, a lot of excitement and a big-time name to help motivate the young athletes.

Joshua Kerns, the city’s parks and recreation director, updated the Belen City Council on the success of its annual I-25 Basketball Tournament in May, saying it brought in 130 teams from across the state.

Kerns said for next year’s tournament, they’re looking at adding a few more gyms for more teams to come in, including for girl programs.

“Because of all the influx, that’s why we didn’t have any of the girls programs helping out this year,” Kerns said. “The girls teams were looking for coaches. We’ve already talked to the girls coaches for next year, and they’re all willing to take on a gym and help.”

The director said the tournament not only helped the boys basketball programs but the city’s programs as well, including keeping the cost down for summer recreation. 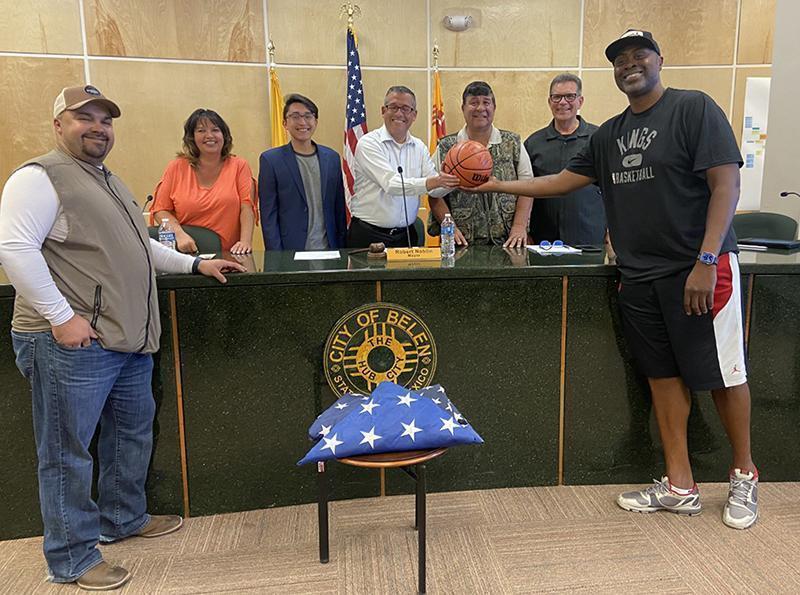 Clara Garcia | News-Bulletin photo
Former UNM Lobo and NBA basketball player Kenny Thomas presented Belen Mayor Robert Noblin with a signed basketball. Thomas, who recently helped to mentor children at the I-25 Basketball Tournament in Belen, told the Belen City Council he is looking forward to partnering with the city.

Kerns thanked former UNM Lobo and retired NBA player Kenny Thomas, who was at the council meeting, for participating in the tournament by talking with the kids, and taking pictures with the participants.

“Giving back to the community of New Mexico has been a big part of my heart. Even though I live in California, I’m always here,” said Thomas, who played for 11 years in the NBA, including with the Houston Rockets, the Philadelphia 76ers and Sacramento Kings. “My roots are here. I want to thank you and the community for the opportunity to come to Belen and start something big.

“This is our second year doing it, and at the same time we’re looking at expanding,” he said. “We’re also looking at bringing in other opportunities that you probably wouldn’t imagine.”

Thomas said he has a relationship with Earvin “Magic” Johnson, another former NBA basketball player, who’s his mentor.

“We’re also looking at doing concerts here,” Thomas told the city council. “I have access to some big-name celebrities and, at the same time, I’m looking at bringing funds to the community.” 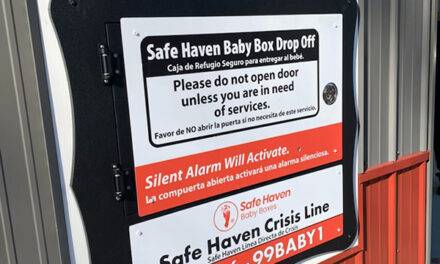