Home » Features » RIDING THE RAILS: From The Hub City to The City Different 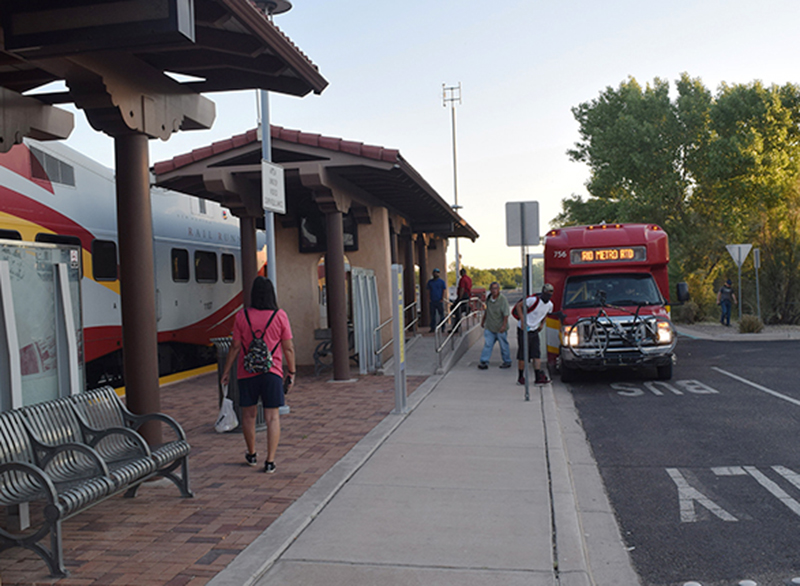 Mike Powers | News-Bulletin photo
Passengers at the Belen station prepare to board the Rail Runner Express for a trip north. Many local riders expressed satisfaction with the service, particularly the cost of a ticket. The train service is increasing the number of routes and keeping fare discounts until the end of the year.

For most of the last two years plus, the New Mexico Rail Runner Express may have seemed to be going uphill, like climbing La Bajada without reaching the top.

The pandemic headwinds that slowed and even stopped the passenger rail service for almost a year seem to be easing. Evidence of that is the recent announcement that additional service will be added to increase options for travelers and decrease wait times for those seeking a quick trip.

The Rail Runner started to roll in 2006, ferrying passengers initially between downtown Albuquerque and Santa Fe. Within about two years, three area stations became fixtures on the route: Los Lunas, Isleta and the end of the line (or some would say at the beginning) going south to Belen.

On a recent Thursday, a handful of passengers were at the Belen station for the 6:35 a.m. departure heading north. That included Belenite Mary Ann Loo, who rides the rail occasionally to Albuquerque.

“It makes me relax,” Loo says.

Loo rides for pleasure, visiting places like downtown, Walmart, and the mall.

“I take pictures, all the sites,” said Loo, who posts them to TikTok. 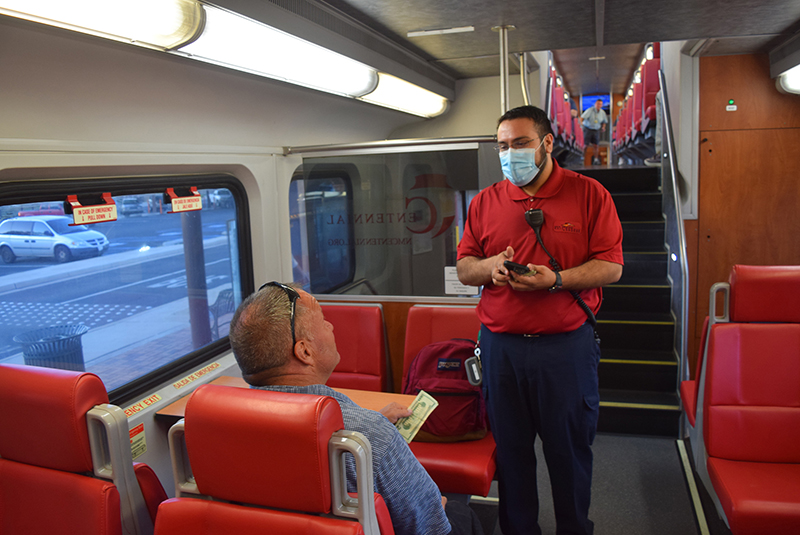 Belen’s Ronald Kukic takes the train, not for fun, but out of necessity. His car was recently stolen so he has had to adapt, taking the Rio Metro bus to the train to begin his daily journey.

“I put my bike in the Rail Runner and take a seat and wait for the stops to come. Then I get off and commute to my work,” Kukik said.

The biggest challenge is making sure he doesn’t miss the train, especially the last one home.

“I had to ride from Albuquerque to Belen on my bike. It took me 3 1/2 hours, so I would like them to extend the time a little later,” Kukik said. “But other than that, everything is great on the train and on the bus.”

Getting familiar with the operations of the Rail Runner is important for new riders and those considering using it regularly.

Is it on time? How do I pay? Is it safe? Is it easy or confusing?

Christina Eichinger, of Belen, got on board specifically to answer some of those questions as she prepared for a new job in Albuquerque.

“I’m trying the Rail Runner out as an experiment to see how easy it is to get to and from work,” Eichinger said.

The deciding factor for her? “Money, the cost,” she quickly added. Eichinger was pleased to hear that a 75 percent reduction in fares was recently extended until the end of the year.

The cost seemed to be a regular theme. Robert Kratsky, of Rio Communities, is one of the veteran passengers, going to his job in Los Lunas on the train for three years now.

“You can’t get no cheaper — 50 cents round trip,” Kratsky said with a laugh. “I know all the people on the train, the workers.”

As the Rail Runner pulled away from the Los Lunas station, Veronica Burciaga was preparing for her day ahead at the University of New Mexico, where she is pursuing a master’s degree. Burciaga, a native of Mexico who is living in Los Lunas as she attends UNM, rides the train Monday through Friday.

“I like it,” Burciaga says. “It is fast and people are very nice. I like the service and everything.”

Until about eight years ago, Lucretia Ulibarri Romero, of Albuquerque, drove to Santa Fe for her job. What changed?

“I had seen a lot of bad accidents on the highway,” Ulibarri Romero said, noting the wear and tear on her car, which now has about 350,000 miles. Perhaps just as important is the time she can spend on her computer.

“It gives me two more hours of work in my day that I need,” she said.

After each stop, the ticket agent comes by to collect the fare — cash, credit card or a digital ticket. A security officer regularly walks through the cars, chatting with riders.

During the four-hour layover in Santa Fe, before the return trip to Valencia County, Rail Runner engineer Jacob Blewett gets some fresh air, stretching his legs. Blewett, based in Albuquerque, started working for Amtrak but shifted to the Rio Metro Regional Transit District, where he moved through the ranks as a ticket agent, conductor and then driving the train as an engineer.

“I love it,” Blewett said. “I really like being out here and getting people where they need to go. It’s a fun, rewarding job.”

A job that usually starts at 3 a.m. with an inspection of the train.

“My job is to safely operate it and get it from point A to point B, for the most part on time,” the engineer said. 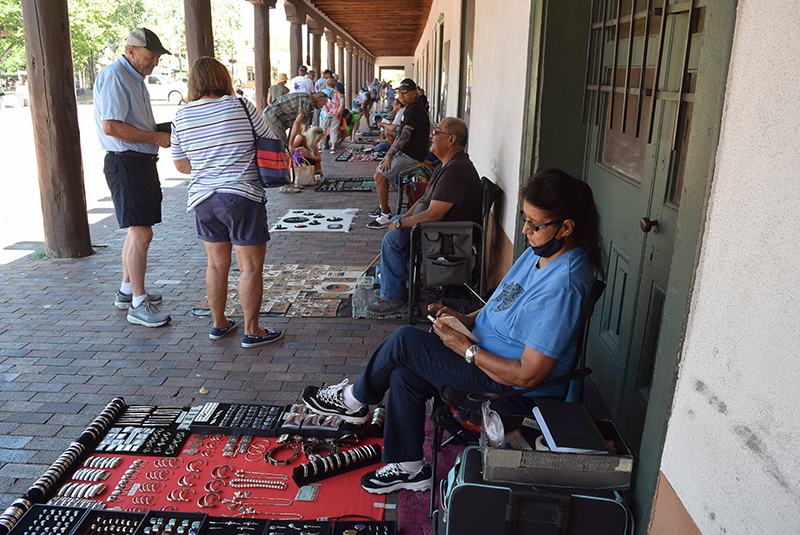 Mike Powers | News-Bulletin photo
A trip to the plaza in Santa Fe is one destination for Rail Runner passengers.

During the round trip, the three passenger cars ranged from mostly empty to about half-full, depending on the most recent stop. Passengers, many riding solo, hurried to find a spot in one of the double-decker cars. Up or down.

Out came a computer or phone, a book or magazine. Some eyes were trained on the beautiful scenery or unusual sights passing by. Other eyes were closed for reflection or a quick nap before facing the day.

The biggest group was about a dozen pre-kindergarten through third-graders and teachers with the Monte Vista Day Nursery Summer Fun Program heading back to Albuquerque. Nursery director and school nurse Barbara Gauna-Trujillo says they take day trips to places where the youngsters don’t often go with their families, such as museums.

“It is a great experience,” Gauna-Trujillo said. “A lot of them have never been on the train, so it is good for them to get to know how easy it is to catch a ride and go somewhere else on the train.”

Ridership on the Rail Runner Express is slowly returning to pre-pandemic numbers. Robert Gonzales, Rail Runner operations manager, said about 1,300-1,400 passengers are now taking the train daily, including about 100 riders boarding at the Isleta, Los Lunas and Belen stations.

“It’s all about the capacity,” Gonzales said, noting that when the Rail Runner was sidelined during the pandemic, the federally mandated Positive Train Control security system was installed to improve safety.

Augusta Meyers, spokesperson for the Mid-Region Council of Governments, said the Rail Runner has been able to hit the reset button with the extension of reduced prices through the end of the year, the continuation of free rides for seniors on Wednesdays and, starting Aug. 1, the addition of train service between Albuquerque and Santa Fe.

“Our goal is to increase capacity along the line,” Meyers said, adding they would like to double-track the whole 98-mile corridor, creating more areas where trains can pass each other. “This in effect, will allow for more service and faster service, which is something that really fits that commuter rail model.”

To learn more about the Rail Runner Express, visitriometro.org/395/New-Mexico-Rail-Runner-Express.

(Editor’s note:  Next week, reporter Mike Powers will share observations about his first trip on the Rail Runner.) 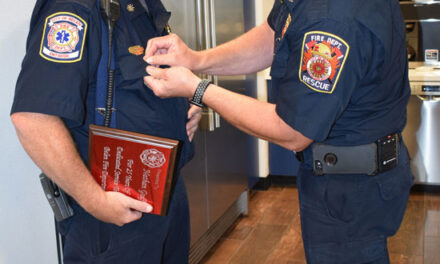 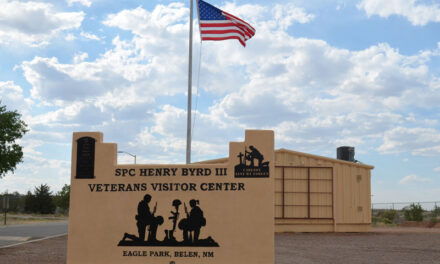 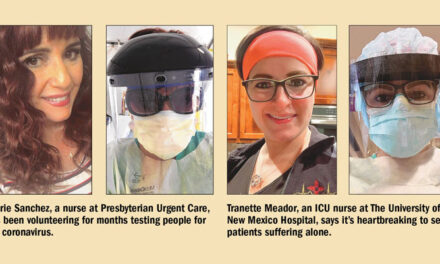 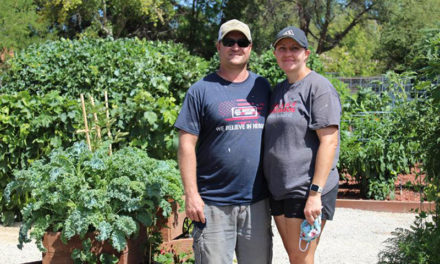