Rodriguez to wed Gallogly at chapel

A June 15 wedding at Calvary Chapel of the Rio Grande Valley is planned by Erica Rodriguez and Sean Gallogly.

The bride-to-be is the daughter of Frank and Sherry Rodriguez of Lemitar. A 2000 home school graduate, she is majoring in biology at the University of New Mexico-Valencia Campus. She is employed at the campus as a master tutor. She also works at Carrabba’s Italian Grill.

Her fiance is the son of Michael and Deborah Gallogly of Bosque Farms. After graduating from home school in 2000, he is a student at UNM-VC, where he’s majoring in biology.

He is employed by Arroyo Feed and Garden in Rio Communities and Chu-gash Management Services in Albuquerque.

Martinez, Black to marry in June 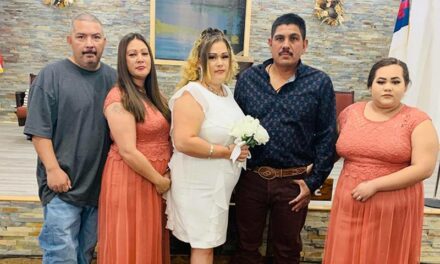 Fastnacht, Klein to wed in August