Former World Champion Danny Romero will be returning to Isleta Casino and Resort for his second fight in as many months on Friday, July 19. Romero will be defending his NABA title in a 12-round bout against Dominican Domingo Guillen. Romero’s overall record is 42-4-1 with 36 knockouts

Romero is looking to return to form and get a shot at his third world championship.

“We’re working hard and having a good time,” Danny’s trainer, Eddie Mustafa Muhamed, said. “Right now, I really believe that Danny will be a four- or five-time world champ.”

This will be Romero’s second fight at Isleta in as many months. The Albuquerque fighter said he doesn’t want to waste time. He wants to get back in the ring as soon as possible in an effort to get back to what is important.

While Romero is focusing on getting back into top form, he has also been looking at his opponent and what it’s going to take to win next Friday night.

“Those guys (from the Dominican Republic) are rough men,” Romero said. “They grow up and live in a rough environment. I’ve been keeping that in mind when I’ve been here training.”

There is some concern about Guillen’s experience at the lighter weights and his ability to knock out opponents. Guillen has recorded knockouts in 89 percent of his wins. His overall record is 28-3-1. He has spent much of his career fighting at 112 pounds and has won mostly at the lighter weight, according to Romero’s camp.

Everyone in Romero’s camp is very confident that their fighter will be able to defend his NABA belt.

“I’m confident because I know I can change his style,” Romero said. “I’ve been boxing for a while, and I know, if you can change a boxer’s style, he’ll get confused. I know from experience, it’s happened to me before.”

Muhamed added, “The saying goes: there are only two things in this world you can be sure of — death and taxes. Well I’ll add a third, and that’s Danny Romero will be a four-time world champ.”

The fight card consists of six bouts, including a 10-round fight between “Hollywood” Max Heyman, also from Albuquerque, and Raymond Berry from Munich, Germany. Heyman has a 14-3-2 record with nine knockouts, and Berry is 19-7-1 with seven knockouts.

Cesar “El Gallito” Lopez is returning to Isleta for a six-round bout with Jorge Sauceda from San Antonio, Texas. “El Gallito” is favored due to his 6-1 record, compared to Sauceda’s 3-1-1 record. 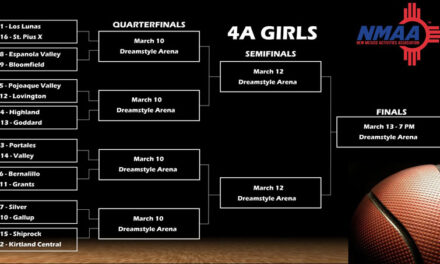