This weekend I was reminded of friends and fellow students at The University of New Mexico who are gearing up to begin production on their senior thesis projects. This got me thinking of this time last year when my classmates and I were in the same spot graduating seniors are now.

This was the time to take everything we had learned over our time at UNM and apply it to a project that showcased our education. 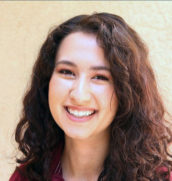 Because I was in both the journalism program and the film program, I got to do double the amount of capstone projects. For my journalism class, we had the option to work alone or in pairs to report on a story and incorporate multimedia elements as needed. For my capstone film class, we had the whole year to write, produce and edit a short film that would premiere in May at the Kimo Theater for Showcase.

The film program provided classes that would teach us the history and practices of film, but what truly gave us the most useful part of our education was experience on other classes senior projects.

At the time, students had to apply to be considered for the film program, and only 50 students would be accepted per cohort, which meant that each cohort would be considerably smaller than ideal to create a film crew. This is why the older cohorts would reach out to other film students in the program to build a crew for their capstone projects. There would usually be at least five different senior projects per cohort, ranging from animation and video games to various genres of live-action films.

I began volunteering on capstone crews as a scared little freshman after a senior group presented during class to explain the benefits of helping on a senior project, all of which I eventually found to be true.

Working on sets early on in our time in the film program would allow for us to experiment with different positions on the crew and see what we liked and what we wanted to learn more about.

Nearly everyone I met on set was willing to share their knowledge on a position as best they could, which gave us the opportunity to learn from fellow classmates and get a new perspective on what we were learning. Mostly, the people who’s projects we were helping with were just glad to have help.

Helping on student film sets usually meant giving up your weekends to wake up early and be forced into confined spaces all day with people you didn’t know very well. To an introvert, that sounded like my worst nightmare but I’m so glad I did it. It forced me out of my comfort zone and allowed for me to try different things in a relatively low-stakes environment. It’s how I met and became friends with other students who had the same passions as I do and made my education so much richer.

I’m thankful for the students who were further along in the program, who took me under their wing and gave me their time and patience.

The best thing about it is how this applies to everything, not just a specific degree program but college and careers as a whole. You’re never too old or experienced to learn something new from people who have been doing it longer than you have.

This goes both ways, too. Even if you feel like you have nothing to offer someone with slightly less experience than you, simply offering help or advice can go a long way, probably further than you think.

This year, I was in the position to offer help and advice to those who are in the same position I was. It felt kind of weird to be the one receiving questions instead of asking them, but I hope I did justice to what my experiences and education have given me because the two go hand in hand. My experience influenced my education and vice versa.

If you’re in a position where you can share your knowledge — even if it’s limited — do it. If someone asks for your help, don’t be annoyed that they don’t know exactly what to do, because you were in that same position once before. Be the person who you wish you had when you were learning something new.

Keeping track of life and feelings with journaling