LOS LUNAS — Jeff Jolly is no stranger to receiving praise for his work.

The classical guitarist recently won his second Emmy award for his work on the documentary “Osimi” by Chris Schueler and narrated by Ali MacGraw.

Jolly, the guitar instructor for School of Dreams Academy in Los Lunas, won an Emmy for Craft Specialty Musical Composition/Arrangement with the Rocky Mountain Southwest chapter of the National Academy of Television Arts and Sciences.

The documentary follows the life of Muhammad Osimi, who has been dubbed the Nelson Mandela of Central Asia.

“He was very well educated, both in Central Asian culture and Western culture,” said Jolly. “He was very much a Renaissance man and a strong advocate for education, science, art and history.”

Jolly said it’s been a little more than a year and a half since he began his journey on this project.

“It was an intense project and, of course, there’s always deadlines that make it more intense, but the experience has been lovely.”

He has worked with Chris Schueler before. Schueler told him parts of the story, but Jolly learned more as he began to work on the project.

“Tajik music is not the same as American music,” Jolly said with a chuckle.

“Initially, I was really worried I would have to try to do traditional, authentic Tajik music, and I thought ‘I’m not really qualified for that.’”

He spoke with Schueler about his concerns, and the filmmaker told him the film would be primarily for western audiences.

“So it then became a matter of doing something that was more accessible to the ears of Westerners but had some flavor, some elements of central Asian music to it,” Jolly said.

To prepare for the project, he wanted to know what traditional Tajik music sounded like. He was also sent some home videos of celebrations back in the late ’80 and early ’90s.

“There’s a lot of variety to it. When you’re working on a project like this, you just learn so much about styles and cultures and history.”

Jolly was working on a budget for the film and planned accordingly. He said while he couldn’t have a symphony orchestra like he might have wanted, he hired a string quartet, which could contribute in a variety of ways.

“I knew I could get the feel of orchestral stuff to some degree,” Jolly said. “Also a string quartet is very versatile and you can do so many different styles with it.”

Between having the quartet and his guitar, he only needed to hire six musicians.

Jolly was able to incorporate some traditional elements of Tajik music into the composition he wrote for the film, which he describes as classical, although he did want to keep in the spirit of authentic music.

The process for scoring a documentary is filled with many challenges and last-minute tweaks before deadline. If there was a change to the film or a scene, it would impact how long the music had to be, but Jolly was able to adapt to the new challenges and come out with something he was proud of.

“It’s the traditional stuff that you hope will be kept alive because those are the things that are really unique and wonderful,” Jolly said.

“Osimi was a student of the arts and he loved classical music. So I thought it was entirely appropriate to use styles that he would’ve liked.” 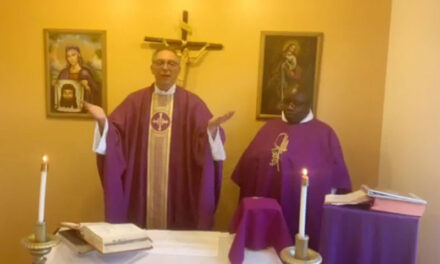