When I assumed office eight years ago, I never suspected that I would administer as many oaths as I do. The fact of the matter is that I administer oaths daily and oaths represent a significant duty of a magistrate judge.

An oath, as paraphrased from Black’s Law Dictionary, is a solemn declaration or statement that one’s statement is true or that they will be bound to a promise.

I certainly cannot speak for everyone, but oaths have always been a part of my life. As a young Cub Scout, I learned the Cub Scout Promise, where I promised to do my best. As a Boy Scout, I learned and said, the Boy Scout Oath that began with, “On my honor.” Both represented obedience to a code of conduct that I would strive to live up to.

Joining the Army, I first took an Oath of Enlistment and later a Commissioning Oath. Both began with the words, “I solemnly swear that I will support and defend the Constitution of the United States against all enemies, foreign and domestic.”

These oaths speak not to a code of conduct, but to an obligation of duty. As a commissioned officer, I would administer this oath to many soldiers and had the pleasure of commissioning lieutenants. I even commissioned my mother-in-law in the U.S. Army Reserve Nurse Corps.

In courtrooms, many oaths are given. From either personal experience or from watching courtrooms in movies or television you are familiar with the swearing in of a witness. You can imagine a bailiff or other court officer holding a Bible and swearing in a witness with words to this effect, “Do you solemnly swear that the testimony you give is the truth, the whole truth and nothing but the truth, so help you God?”

In New Mexico, we no longer use a Bible to swear in witnesses and we do not require that witnesses take an oath to God. Without going into too much detail on this, we acknowledge that not all people recognize God or a higher power or that everyone has the same concept of God.

Additionally, some faith groups do not allow the swearing of oaths. So, in New Mexico, our court rules provide the following example, “Do you solemnly swear (or affirm) that the testimony you give is the truth, the whole truth and nothing but the truth under penalty of perjury?”

Less familiar to most people are the oaths given to jurors. Jurors are sworn-in twice — once prior to jury selection when they answer questions concerning their qualification to serve honestly. Those selected take another oath prior to the trial that they will try the facts and give a true verdict according to the law and the evidence.

Certified court interpreters also take an oath, ensuring that they make a true and impartial interpretation using their best skills and abilities.

Other oaths given by a judge include the swearing in of an officer bringing an arrest or search warrant before the court. These oaths require that the officer attest that the facts in the warrant are true to the officer’s best information and belief.

Outside of court, judges also administer oaths of office, and it is truly one of my favorite things to do. I am always a bit heartbroken when my schedule does not allow me to accept such an invitation. I have had the pleasure of swearing in law enforcement officers, school boards, city and town councilors, mayors, county officials and state legislators. I have also sworn in the officers and members of several non-profit organizations from Rotary Club to various Chambers of Commerce.

These events range from very formal to very informal. Typically, family and friends gather to congratulate the newly-elected or appointed individuals. Truly, these are joyous occasions and why I like doing them.

Due to COVID, I performed my first outdoor swearing in of the Valencia Soil and Water Conservation District Board of Supervisors last week. I found that very appropriate given their mission.

So, who swears in a judge? It is typically another judge. When I was appointed in 2014, one of my assigned mentor judges swore me in. It was Judge Phillip Romero from Las Vegas, N.M. Now retired, and affectionately known among judges throughout the state as “The Rebel,” I will never forget him nor the important lessons he taught me as I began my own judicial career.

Many oaths of office still end with the statement “So Help Me God.” After doing this for some time now, I do not see this statement as swearing in God’s name, rather, it is a prayerful request — humbly acknowledging that I cannot undertake the task of being a judge on my own — I need the help of God! 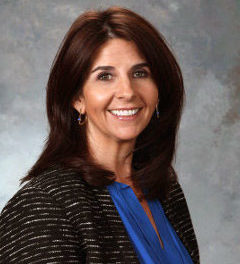 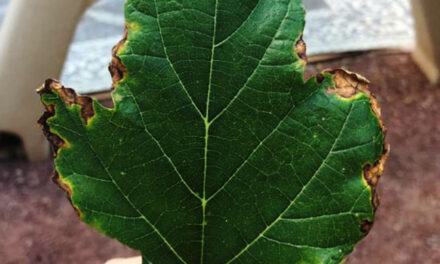