Watch out New Mexico! A tidal wave from the Southern California underground will be hitting soon, full of summertime sounds and funky grooves.

The rockin’ reggae-punk-dub band Slightly Stoopid is touring again and will be stopping to make a splash in Albuquerque.

Discovered by Sublime’s late Bradley Nowell, Stoopid was signed to Skunk Records, where they have been ever since. The band holds true to the Long Beach sound popularized by Sublime, however, they undoubtedly have their own unique and rockin’ style.

“We’re a jam band, a party band,” Miles Doughty, lead vocalist and guitarist said. “We like to sing about the good times, just stuff people can relate to.”

With songs about parties, weed and girls, the boys from Ocean Beach, Ca. are the ultimate So-Cal party band. They have gained much of their popularity with the skate/surf/snow scene and have made appearances at extreme sporting events such as ESPN’s X-games.

Stoopid doesn’t like to classify its music. Bassist and vocalist Kyle McDonald said their influences and tastes range from reggae, punk, rock and rap to a lot more. When childhood friends Doughty and McDonald began playing guitar at ages 11 and 12, the two looked up to Motley Crew. McDonald said, “We owe a lot to them.”

With their ever-evolving style, the band began with their trademark reggae-punk-dub on their self-titled debut. Then, on their second album, “The Longest Barrel Ride,” the group began to incorporate a metal sound, yet not lose any of their old flavor.

The band took yet another turn when drummer Kelly Vargas left the band, and Doughty and McDonald played as an acoustic duo. This was a complete change from what the crowds usually heard but not so foreign to Stoopid. “It’s what we would always jam in the pad,” McDonald said.

Not long after this, the band acquired a new drummer, Paul Brieling. With a full band again, Stoopid has returned to the studio, this time, the band says, with a more mature sound.

Their next album, due out in September, will “sound a little fuller,” according to Doughty. This is partly due to the band’s increasing musical experience and partly because there will be some outsiders jamming with them. Joining Stoopid in the studio is the funky Philly-based G. Love, with whom the band recently toured.

“Our new music is like nothing before,” Doughty said.

Their sound and notoriety will continue to grow, as the band plans to tour the U.S., Japan, Germany and Australia.

Catch Slightly Stoopid’s all-ages show at Albuquerque’s Sunshine Theatre, Friday, July 19, at 8 p.m. Tickets may be purchased at the theater box office at 764-0249, or through Ticketmaster at 883-7800. 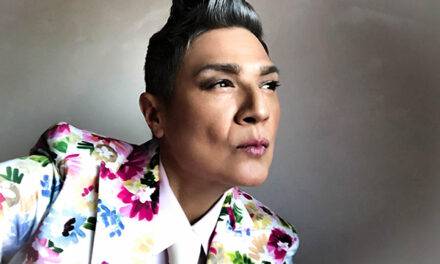