Weeks before corona virus hit the U.S., I listened to an interview with the author of a book called “Spillover,” published in 2012.

The author, David Quammen, describes the origins and paths of release of various well-known viruses, such as Hendra and Ebola, from as far back as the late 1960s. He also predicts that there will be more.

“From what innocent creature, in what remote landscape, will the Next Big One emerge?” he asks, “A rodent in Southern China? A monkey in West Africa?” But it’s not the animals or the landscape that are at fault.

These outbreaks are the “unintended results of things we are doing.” When humans disturb and destroy ecosystems and slaughter and eat the native animals within, germs (that would have remained contained if not for our human intrusion) fly around like “dust from a demolished warehouse.”

Once unleashed by our actions, a “spillover” happens when a pathogen (like a virus) passes from one “host” species into another species. The virus can then adapt and change so it can thrive in that new host and spread amongst it. This is called “emergence.” In the case of coronavirus, that new host is us.

I was terrified at first that people would blindly blame all animals on the planet and decide to get rid of them all. I was grateful and relieved when the CDC, AVMA and others refuted that before it started. I am amazed at the way animal shelters are crafting new ways of doing their work of rescuing, fostering and adopting out animals.

I was moved when a friend explained the continued stream of adoptions at the shelter where he works.

“People are stuck at home and they’re getting lonely. They’re realizing what good companions animals make!”

I’ve been flooded with emails from animal organizations offering everything from jokes about dogs teleworking or cats giving advice on how to amuse yourself during a quarantine, to helping care for the pets of someone who’s been taken ill with the virus. Updates on animal welfare acts being put in place (China) or in danger of being recinded (U.S.) abound.

Last week I attended a webinar called “Domestic Violence: Life During Lockdown,” where we learned that countries and states are reporting up to triple the amount of domestic violence calls.

Next Wednesday is Earth Day. Whenever I attended an Earth Day celebration, I always noticed that everyone there was already interested in honoring our planet.

We were preaching to the choir as we learned to make cob, ate vegan treats and signed petitions to stop environmental destruction and animal abuse. This year, there will be no gatherings.

Instead, this Earth Day we will collectively, whether alone or in families, notice as one reporter in New Delhi wrote, “With everything at a standstill, the twitter of birds has replaced the clamor of a noisy city … the skies have turned blue … I can open the windows to let in air that is the cleanest in years.”

My personal suggestion and wish for this Earth Day is that we take some time to acknowledge and express our gratitude for this planet — our home. We have used and abused her, taken from her without respect and murdered her creatures at will.

And so, along with washing your hands and practicing social distancing, do something to honor this planet and keep doing it. In their language, Quechua, the people of Peru have a word for this — Ayni, which means “reciprocity,” or giving back. I truly believe that this is an integral part of our healing in this crisis. 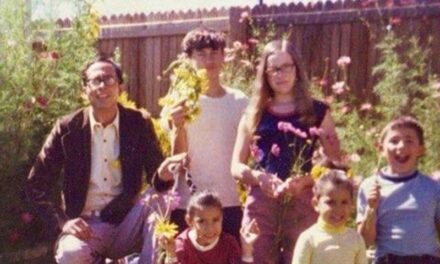 The importance of agriculture education