Steve and the gang clue in on Blue’s birthday

“Blue’s Birthday Party,” the biggest such blowout ever, comes to Albuquerque with three performances at Popejoy Hall on Tuesday and Wednes-day, Sept. 10 and 11.

Popejoy Hall is on the campus of the University of New Mexico.

Featuring a brand new story line, new songs and characters, “Blue’s Birthday Party” returns to the stage to celebrate Blue’s birthday with her friends, Tickety Tock, Slippery Soap, Mr. Salt and Mrs. Pepper and, of course, Steve (played for the first time by Roger Kraus), as they search for clues to discover what Blue wants for her birthday. The production marks the stage debut of several new characters, such as Blue’s next-door-neighbor, Periwinkle, best buddy Magenta and Baby Cinnamon.

The live theatrical presentation transforms the television show by challenging kids’ imaginations and senses while celebrating the wonder of learning.

“Blue’s Birthday Party” invites kids to be entertained while enjoying an unprecedented level of interactivity. Each child attending the show receives a free handy, dandy notebook and crayon to follow along as Steve finds Blue’s clues.

The show marks the return of co-author Angela C. Santomero and co-author and director Gip Hoppe, who first collaborated on “Blue’s Clues Live!” Santomero also serves as the co-creator, co-executive producer and head writer of the television show. Hoppe wrote and directed the Broadway play, “Jackie: An American Life.” He is a founding member and co-artistic director of the Wellfleet Harbor Actor’s Theater.

He also was production designer for “Jackie: An Ameri-can Life.”

Traci Paige Johnson, the series’ co-creator and co-executive producer, serves as the visual consultant for the tour. Yvette Helin, whose credits include significant contributions to “The Lion King” on Broadway, “The Wizard of Oz” national tour and “Toy Story on Ice,” is the puppet designer.

One of the most watched pre-school shows on television, the “Blue’s Clues” mission is to challenge and empower pre-schoolers while making them laugh. In each episode, Steve invites young viewers into his computer-animated storybook to help him and Blue solve the day’s puzzles. “Blue’s Clues” continues to draw acclaim for its unique interactivity that has changed the way kids watch television.

The series, now in its third season, has raised the bar in preschool television by exploring advanced subject matter such as sign language, geography, physics, emotion and anatomy, a news release said.

“Blue’s Clues” airs Monday through Friday at 8 a.m. and 10:30 a.m. on Nick Jr. and was created by Traci Paige Johnson, Todd Kessler and Angela C. Santomero.

Ford Division returns as the title sponsor of “Blue’s Birthday Party.” Ford and Nickelodean will use the tour to promote ClueintoSafety.com, the official website of the “Clue Into Safety” national safety campaign. The campaign centers on Blue and Steve educating children on the importance of safety belts and being properly restrained in the back seat. Children also learn about safe behavior inside and outside of vehicles, while parents are educated about the proper use of car and booster seats.

Here’s what happens in the play:

First, Curtain welcomes everyone to Blue’s party. Steve, Slippery Soap and Periwinkle talk about their presents for Blue. The birthday puppy appears. Steve asks her what she wants for her birthday because he wants to give her the best present ever.

They — and the audience — play Blue’s Clues to find out. Steve begins to look for clues in the house and finds the first one there. He helps Mr. Salt and Mrs. Pepper make Blue’s birthday cake with lots of confetti. Then Slippery Soap comes up with an idea for the best present ever for Blue, and he and Steve skidoo into the ocean. There they meet some of the creatures of the sea and find the second clue.

In the second act, Curtain reveals Steve and Slippery Soap returning to the living room where Mailbox delivers a larger-than-life birthday card to Blue, signed by the audience. Periwinkle performs his magic tricks and they find a third clue.va

There’s No Doubt this band rocks 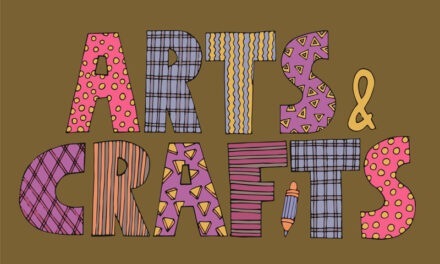