With the Valencia County Commission, five municipalities, three boards of education and two other special districts, voters in Valencia County have a lot to keep track of.

Throw in state, federal and judicial retention races, and things can seem overwhelming.

Depending on the office, terms can come up for re-election every two, four or six years.

When most people think about elections, partisan races — which have candidates from the two major political parties and some minor ones — usually come to mind.

Partisan elections are held in even-numbered years, with a primary on the first Tuesday after the first Monday in June. The primary election is the first round, where candidates from the same party compete against each other and voters narrow the field to one.

Typically, in many races, after the primary election, there are only two candidates left to go on to the General Election, which is held on the first Tuesday after the First Monday in November.

However, candidates for other parties, such as the Green or Libertarian parties, can be on the General Election ballot.

There are other races that are nonpartisan in which candidates do not declare and run under a party affiliation.

This year marks the first time in New Mexico that local nonpartisan elections are being held at the same time. In year’s passed, elections for municipal council, school boards and other governing bodies have been held at various times of the year.

In 2018, the New Mexico Legislature passed the Local Election Act, which moved nonpartisan races to November of odd-numbered years.

The hope by lawmakers when the bill was introduced in 2018 was that streamlining local elections would increase voter turnout.

Municipalities had the option to move their elections or stay in March of even years. Locally, the village of Bosque Farms is the only municipality to opt out of the November election cycle.

With elections happening every year in November, residents should make sure they are registered to vote when the opportunity presents itself.

To vote in the state, one must be a resident of New Mexico and a citizen of the United States. A voter must be at least 18 years old by the time of the next election.

To register online as a new voter or update your registration information your Social Security number, driver’s license or state identification number and your date of birth must match the information on file with the New Mexico MVD.

You can also register by mail by picking up a voter registration application form at the Valencia County Clerk’s Office, 444 Luna Ave., or print the national form online, fill it out, then mail it to the New Mexico Secretary of State’s Office or your local clerk’s office. If you are not sure where to send it, you can look it up the SOS website or call 1-800-477-3632.

If you don’t manage to register before early and absentee voting begins, this is also the first year you can do same-day voter registration. In March, 2019, Gov. Michelle Lujan Grisham signed a bill allowing qualified voters to register and cast a ballot on the same day.

In Valencia County, voters use Voting Convenience Centers on Election Day instead of traditional polling places.

Rather than being locked into a voting location based on location, voters can visit one of several centers spread across the county.

Other ways to vote

To further facilitate easy voting, New Mexico allows both early voting and “no-excuse absentee voting.” In other states, absentee ballots are issued only if a voter can demonstrate an insurmountable hardship that will prevent them from casting a ballot in person on Election Day.

Absentee ballots have to be requested prior to each election and can generally be applied for 28 days before a primary, general or local election.

The county clerk must receive the absentee ballot application no later than 5 p.m. on the Friday before the election. Completed ballots must be returned to the county clerk or voter’s precinct before 7 p.m. on Election Day in order to be counted.

Early voting starts several weeks before Election Day and the sites are also convenience centers, meaning a registered voter in Valencia County can visit on regardless of where they live and cast a ballot.

On Election Day, county Voting Convenience Centers are open 7 a.m. to 7 p.m. Any voter in line when the center closes must be allowed to vote.

No new COVID-19 cases in Valencia County; statewide increase of 204 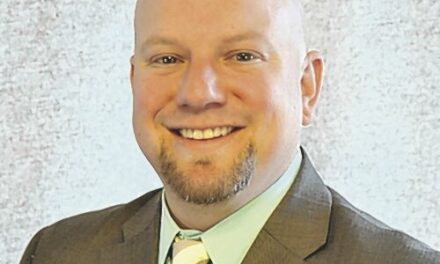 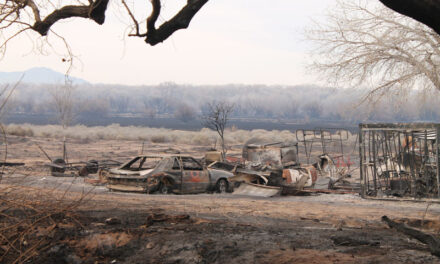