Rick Swift had everything going for him — a wife and children, a beautiful home and a job that brought him $60,000 a year.

Then, he had a mental break down.

After visiting with a psychiatrist, he was diagnosed as being bipolar and received medication. That was last October.

But he thinks back on his life and wants to help others avoid his problems. He leads a discussion group at the Living Water Fellowship Church, 19616 NM 314 in Los Chavez on Fridays from 6:30 p.m. to 8 p.m. to help people sort out their mood swings or depression and learn more about them. The group is split in two: those who are manic depressive and those who suffer from depression.

Everybody has mood swings and everybody gets the blues, but when these conditions are extreme or persist for a long time, professional help and medication may be needed, Swift explained.

He describes the manic depressive or bipolar mood swings as “very high activity level where you’re overly confident, with exaggerated dreams that are not obtainable without a plan or education. You become delusional. On the high side, you’re euphoric, over self-confident. People are often very ambitious. Yet, when you operate like that, you become irritable; people are an annoyance. You can become abusive. In extreme cases, you can have hallucinations and hear voices.”

The opposite side of the up mood swing is to be depressed.

“These are extremes. Others wonder. You’re very active, and then you do nothing. It’s a roller coaster relationship. Without treatment and medication, you eventually can become abusive with your wife and children. In my case, I was a workaholic when I was in that state of mind.”

The behavior of the bipolar disorder exaggerates normal behavior.

“A friend of mine (with the bipolar condition) went off her medication, and she spent four days and four nights in a casino, gambling non-stop with money she did not have,” Swift said.

For Swift, his symptoms began when he was a young man, 19 or 20 years old. The mood swings got worse with time.

“I could no longer function in a job. I took an attempt on my life. I needed help. I started on medication.”

The Depression, Manic Depression Association (DMDA), a national organization that helps those with mental illness, estimates there are 2.5 million Americans suffering from bipolar disorder. It can be hereditary. Medication helps many, but some people must be hospitalized.

Swift said that, too often, there’s a stigma attached to mental illness, and people are ashamed to admit they have a mental illness.

“The only shame is if you know you have it and you’re not getting help,” Swift said. “Medication helps a person get stable and be more hopeful. I want to let people know about my own personal experience. You need to be brave, go forward and get help.”

Depression, which he calls “unipolar,” is “a condition that is prolonged.”

For example, after the Sept. 11 terrorist attacks on New York and Washington, most Americans were frightened, dismayed, and angry for several days. But, after a few days, they were able to get on with their lives.

But, with classical depression “you withdraw from others. It lasts longer than a few days. There’s a pessimism. You’re very negative about life events and relationships. There’s a loss of energy. People don’t do the things they enjoy doing.”

One of the most depressing times in life occurs with the loss of a loved one.

“People experience depression. After several months, does the person resume life? Is he functioning OK at work? Or does he get up in the morning and he doesn’t want to face the day?”

Swift trained as a facilitator and has an associate degree in Christian ministry. And he has worked with a youth ministry.

He admits that some people may need more help than he can provide at the support sessions.

“We’re not there to be a counseling service. We support people who realize they have depression. They need encouragement. If they are a threat to themselves or to each other, we will call someone — their doctor or an ambulance,” he said.

Everyone is welcome to come and listen to the support group, but only those with a diagnosis of depression or manic depression from a doctor and who are on medication may participate.

“I do not turn away anybody,” he said. “I visit with them, ask questions, get to know them. I help others and work on myself.”

Swift said his religion and faith in Christ have helped him work through his problems. And that faith has prevented him from acting in the most negative ways of manic depression.

He realized that he was a Christian, but his moods and behavior were not Christian, he said.

After his diagnosis, Swift quit his job to recover.

Like many others, Swift feared a diagnosis because it could mean he was mentally ill.

“People are afraid of mental illness. They don’t understand it. People need to become more aware of it,” he said, adding that medication restores chemical balance to the brain.

There still are times when he has slight depression and slight manic periods.

“With more balanced behavior, you respond to stimuli in life without going out of control,” he said.

Some people had said that if you have mental illness, you should pull yourself up by your bootstraps.

Swift wants to educate people so they do not avoid those with mental illness.

People with mental illness may need help just like someone with cancer, and people should not fear offering that help.

“There’s a stigma with mental illness. People think you’re crazy. Because they don’t understand it, they’re fearful, they avoid you, they think you’re a weirdo. On the positive side, people can put their life together. The shame is not getting help. They need to realize mental illness is not different from a physical disease like cancer.”

Anyone wanting more information about these disorders may call 1-888-547-9475, the New Mexico chapter of DMDA.

Who we are at VSWCD 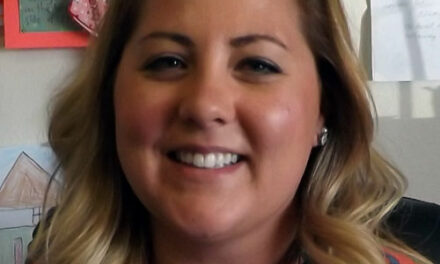