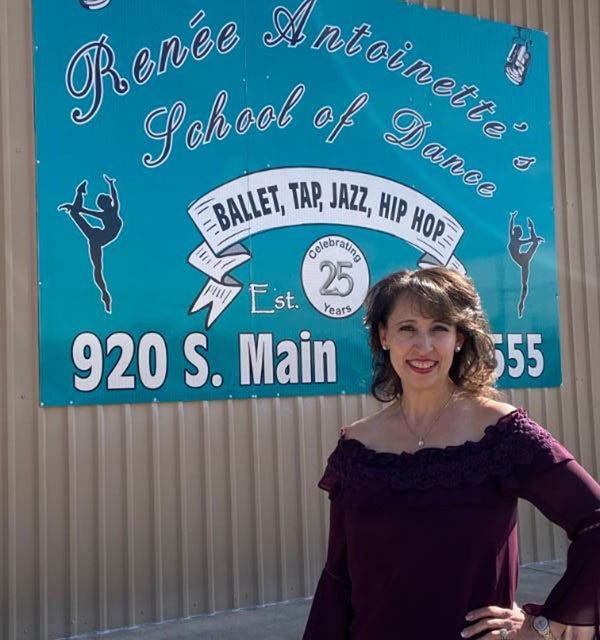 BELEN—Turning a passion into a profession is a dream for many, and for Renée Baca-Chavez, she’s been able to continue her dream for the past 25 years.

Baca-Chavez, the owner of Renee Antoinette’s School of Dance in Belen, has been twirling and tapping since she was 3 years old, and has shared her love of dance with many of her students over the years.

Renée Antoinette’s School of Dance, which is located at 920 S. Main St., was founded in 1994 in a small room in the former Belen Recreation Center on South Main Street.

“I was only 22 years old when I opened the studio,” Baca-Chavez remembers. “I always joke that I was too young to be scared. Now that I think about it, I didn’t know to be scared.”

Baca-Chavez started her business in a tiny room with a small viewing window, and all the parents would take turns peaking in to see their children. After a couple years, she rented two rooms in what is now Ladyhawk Feed. Eventually, Baca-Chavez bought the current property and built her studio 15 years ago.

Baca-Chavez, born and raised in Belen, always had a desire for dance — ever since her parents put her in dance class. She remembers going to dance recitals and enjoying every bit of it. 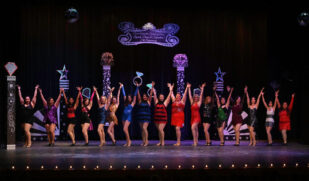 “I remember when I was little, I told my mom I was going to own my own studio when I grew up,” she said. “People always asked what else I wanted to do, and I remember thinking, ‘Why do I have to pick something else? This is what I want to do.’”

While there was a dance studio in the Hub City when she was young, it didn’t cater to older children. When she turned 9 years old, her parents had to take her to Albuquerque for classes. It was then that she knew she wanted to open a studio in her hometown one day.

“My mom was always on the road — five, six days a week — taking me to classes,” Baca-Chavez said. “I was fortunate to have that support and encouragement from my family. I remember that sacrifice my parents did for me, and I remember thinking if I didn’t open a studio here, what are the rest of the kids going to have?”

For Baca-Chavez, being on stage was natural. She loved ballet, saying it made sense to her. 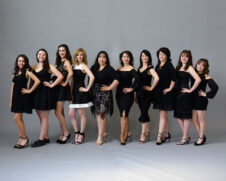 “There was a name for every exercise, so it just made sense to me,” she said. “I would study my terminology for ballet during lunch, and I would ask my friends to quiz me during recess.”

Baca-Chavez’s love for dance and her desire to teach has provided hundreds, if not thousands, of children an opportunity to also move to the music and make memories of their own.

“There are kids who take it for exercise or recreation,” Baca-Chavez said. “We know not everyone is going to be a professional dancer, but I do want them to learn how to dance professionally at our studio.”

Baca-Chavez explains she makes sure her students learn the correct terminology, and to learn to dance the right way. Her heart, she says, has always been with children, and being able to teach them how to dance has been a dream fullfilled.

“The kids who started with me are now bringing their kids here,” she said. “It really is an honor. I’m strict with the kids — I want them to learn a discipline, but I want parents to know that their children are safe here.”

Over the years, more and more students signed up to learn to dance, and the studio has grown to have three teachers and three assistant teachers, all who have been Baca-Chavez’s students.

Along with having the opportunity to travel to perform at the annual Macy’s Thanksgiving Day Parade in New York City, at Walt Disney World, Carnival Cruise Lines and other venues, Baca-Chavez’s students have also been afforded the opportunity to audition and perform with the Moscow Ballet’s performance of “The Nutcracker.”

“We’re the only studio in New Mexico that conducts the auditions,” Baca-Chavez said. “They send a teacher from Russia and she has auditions at our studio, and I rehearse the children’s cast. It’s actually open to anyone in New Mexico. We’ve partnered with the Moscow Ballet for 16 years.” 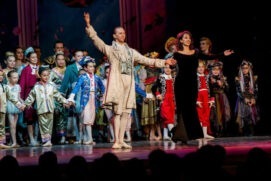 “I have to learn the choreography so I can cue the kids,” she said. “I have to have our dancers stage ready. It’s neat because they get to wear costumes that are handmade in Russia.”

The next venture for 20 of Renee Antoinette’s School of Dance students will be to New York in June when they’ll perform in front of the Statue of Liberty. Along with the students, 89 family members will also be making the trip.

“We also have parents of students going who were my first students,” Baca-Chavez said. “It’s really neat that I can pull those pictures out and show my students their parents when they got to go.”

Now teaching a second graduation of dancers, Baca-Chavez says being able to continue the tradition of dance in Belen has been a blessing, not only for her but for the community.

“It’s been a challenge,” she said. “No business owner goes without hardships. There are times when I think that dance is an extra, and people are having a hard time and I didn’t think I could keep my doors open.”

In order to help families with the cost of sending their children to dance classes, Baca-Chavez has intentionally kept her cost down and will even offer a half price for siblings.

“God has blessed me and we’ve been able to keep our doors open,” Baca-Chavez says. “I wanted to do this for our community and our children.”

Realizing not all students feel comfortable dancing in front of others, Baca-Chavez makes sure they all feel included and supported.

“If everyone knew how to dance when they walked in, I’d be out of businesses,” she said laughing. “I love to help kids, especially in ballet. I love being able to mold them, but more than anything, I love to be able to show them to take pride in themselves.”