Regular visitors to the Whitfield Wildlife Conservation Area have probably noticed the continued absence of a small red pickup.

Since March 2009, visitors and those passing by the conservation area on N.M. 47 knew if they saw the faded red truck parked by the visitors center, WWCA manager Ted Hodoba was there.

At the end of May, Hodoba announced via Facebook he was retiring from the position and going “on to other things.”

There will be some traveling eventually, both here and abroad, once the COVID-19 health crisis is under control. A neglected blog to revive and of course, plenty of gardening and growing things.

“I lived in Valencia County for 32 years and last fall, moved to Albuquerque. I have a nice, big yard with just a couple of trees, and that’s it. It’s a bit of a blank canvas,” Hodoba said.

Having earned a bachelor’s degree in art and sculpture, Hodoba has created art off and on over the years, and now has the time and space to do more, he says.

Hodoba’s connection to Whitfield goes back to 2003, when he volunteered at the property, planting trees and shrubs, and serving on the first Friends of Whitfield board.

“I wanted to be involved in something environmental in the community,” he said. “Whitfield was the perfect opportunity.”

When the position of manager for the property was created and advertised by the Valencia Soil and Water Conservation District, the public agency that owns Whitfield, Hodoba knew it would be an ideal fit for his skills.

For about 12 years, he owned a wholesale native plant nursery in Veguita, which was an iffy, seasonal business. With no income during the winter, Hodoba worked other jobs, including teaching distance education classes at The University of New Mexico-Valencia campus.

While working there, Hodoba was able to take classes and earned his master’s degree in community and regional planning with an emphasis in natural resources management and environmental planning.

“So, I didn’t come to that job without knowing some things,” he says with a laugh.

His master’s project was on land and habitat restoration, a subject that dovetailed perfectly with Whitfield.

“It really is a habitat restoration project. I often tell kids and groups visiting Whitfield, we aren’t preserving anything,” he said. “We are taking a piece of land that was used, and maybe abused to a point, and restoring it.”

To date, Hodoba estimates more than 8,000 native trees and shrubs have been planted on the 97 acres, and as those native species have been reestablished, native grasses and flowers followed on their own.

When Hodoba started as manager 11 years ago, Whitfield was pretty bare bones.

“There had been a lot of land work done, the pond was in place, but it was pretty barren otherwise,” he said.

The only structure was the maintenance building, which Hodoba worked out of with no bathroom, heating or cooling. He watched as the visitors center was built that summer and opened in December 2009. There was still more work to be done though.

“When they finished the visitors center, the whole area was nothing but dirt and two giant drainage holes,” Hodoba said. “I thought, ‘How can we do something to attract small wildlife?’”

Soon there were pollinator gardens planted, that attracted bees, butterflies and humming birds. In the basins around the building, Hodoba and volunteers planted small replicas of different habitats — to the south were plants of the Chihuahuan desert, which is the desert of New Mexico; on the east side was a juniper savannah and to the north, were plants from the foothills of the Manzano Mountains, upland habitat that attracted various kinds of birds and animals.

“It’s all been one big project. Restore some of the wetlands, redo some irrigation, and in some ways, sitting back and watching,” he said.

Watching and recording the birds and wildlife at Whitfield is something he’s going to miss, Hodoba said.

“It was something different every day — a couple of eagles picking apart a crane, seeing a peregrine falcon take down an egret,” he said. “I got to watch the dynamics of wildlife.”

Of course the people will also be missed — from his coworkers to the volunteers to the visitors.

“I’m going to miss getting people interested in going out into the environment and appreciating it,” he said. “We are one of the few open spaces in Valencia County where you can go for a walk and not be disturbed by cars or bicycles or even horses. People value that.”

Local students who have been part of the educational programs at and offered by VSWCD and Whitfield often return to the conservation area with parents and grandparents in tow, Hodoba said.

“The environment is under attack and I sometimes feel at a local level, we can get things done despite what is going on at the national level,” he said. “It’s important at the local level, no matter what else is going on, we have this one little piece of land where birds and wildlife can come; every piece is important because we’ve lost so much. Here, we’re able to bring back something.” 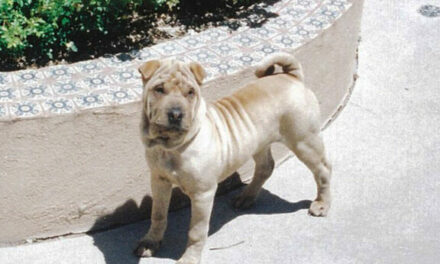 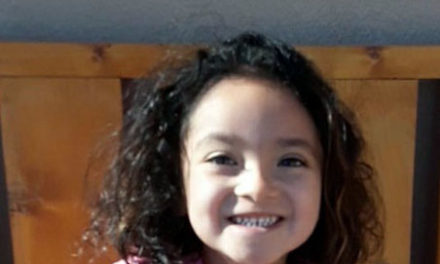