Emotions ran high on Thursday night as the top-seeded Royals faced fourth-seeded Bar III/Two-Minute Warning in Game 1 of their best-of-three semifinal series. Bar III/TMW, handed the Royals their second loss of the season, by a final of 27-22 after time expired in the sixth inning.

The two team’s emotions hit a boiling point in the top of the fourth inning when the umpire ruled that Philip Barela dropped a fly ball he thought he caught.

Barela began to argue the call and was tossed from the game.

Bar III/TMW had picked up a 16-13 lead in the previous inning and added six to that tally in the fourth. Now sitting comfortably on a 22-13 lead, the Royals were desperately seeking a comeback.

Game 2 of the series will be played on Monday night at 7 p.m. Philip Barela, who threatened the umpire, will not be allowed to play for the rest of the season.

On Wednesday night, the first two games of the “B” Tournament Championship series were rained out, as was the first game of the Bandits/Socorro Magic “A” Tournament semifinal series.

The Sidewinders used the break to their advantage and came out fresh on Thursday night to beat the Diamondbacks, 19-13.

Game 2 of the “B” Tournament Championship will be played on Monday night at 8 p.m., and Game 2 of the Bandits/ Socorro Magic series will follow at 9:20 p.m. 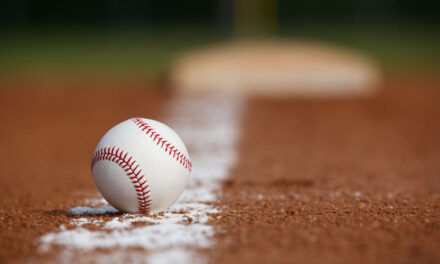