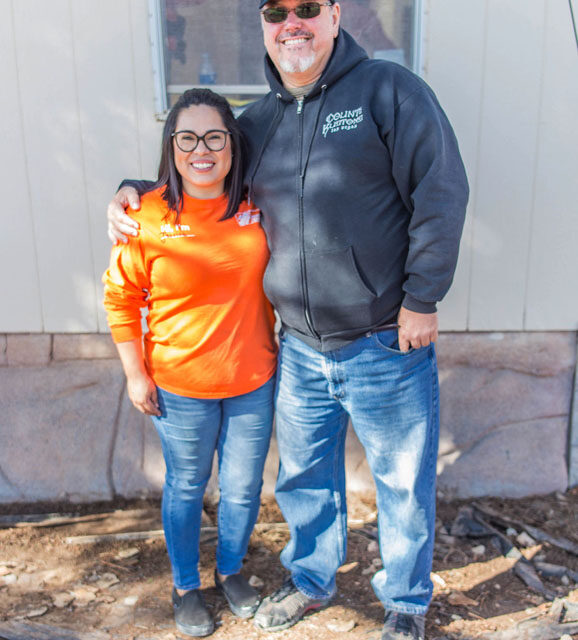 BELEN—Local Air Force veteran Simon Harris had his home transformed in one day thanks to The Home Depot Foundation in association with the New Mexico Veteran’s Memorial and Air Force Sergeants Association Chapter 1201. 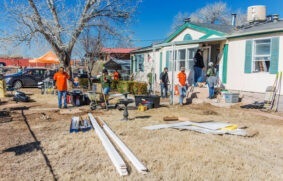 More than 50 volunteers from The Home Depot stores across the state and Kirtland Air Force Base participated at his home in Belen.

Jessica Gonzalez, assistant manager at the Los Lunas Home Depot store, served as the team captain for the project.

“Initially, he just wanted flooring. He didn’t understand we would do it all for him,” Gonzales said. “We got a $20,000 grant through our Home Depot Foundation, and we’re doing flooring, painting, light fixtures, yard work and new appliances. He’s getting everything in his house brand new.”

He left the military to become a minister, and attended Bible college, where he met his wife, Lisa, in 1991. They were married for 25 years until she died unexpectedly in 2015. 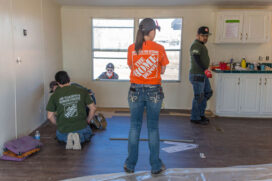 Six months later, Harris was injured and had major neck damage that required surgery. He wasn’t able to work as an appliance technician anymore, which was his primary source of income.

He moved to New Mexico from California in 2016, and was hit in a hit-and-run accident while driving for Uber part-time. Since then, he can no longer perform physically-demanding work.

“I had run out of money completely, and applied for disability. Someone came forward and gave me this house about six months ago,” Harris said.

A friend from church gave Harris the house but it needed some work, which Harris could not do himself. His sister pointed him in the direction of The Home Depot Foundation.

“It’s a new start. After my wife passed away, it kind of took the wind out my sails. I had no expectations of something like this,” Harris said.

Behind the house was parked the RV that he lived in for four months. Harris said his plan prior to fixing up the house was to live in his RV and travel to state parks and volunteer.

“Since my wife passed away, nothing has been settled. Going through the process of losing her and losing everything and then the friend gifting me this house changed everything for me,” Harris said. “I didn’t realize how much I wanted to be settled. This basically reset my whole life.” 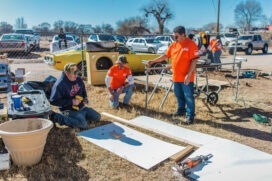 The Home Depot has committed more than $500 million to The Home Depot Foundation through 2025, this project included. Most of the volunteers were Home Depot employees who took the day off to help with the event.

Michael Burd, who is in charge of Strategic Outreach for the AFSA and serves on the NMVM board of directors and the Team Depot Crew, said the event is a collaboration between multiple agencies.

“The Team Depot Foundation is non-profit and we teamed up with the Air Force Sergeant’s Association as well. The foundation finds a credible 501c3, which is the Veteran’s Memorial, and signs with an organization like AFSA, who has the liability insurance,” Burd said. “The event was scheduled out a month in advance to allow the staff to come and volunteer. The majority of the volunteers are The Home Depot employees.”

Harris said he loves the location, has great neighbors and feels blessed to have this taken care of.

“Because I have no retirement now other than disability, this is going to take care of me for the rest of my life. I won’t have to worry about a thing,” Harris said. “I’m looking forward to having family and friends come stay with me. I am exceedingly and abundantly blessed, and this really feels like the Lord is taking care of me.” 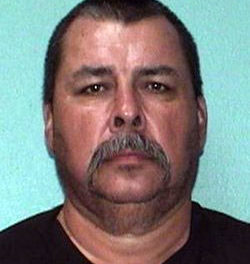