Home » Features » The Luna Mansion: A treasured history in Valencia County (Part I) 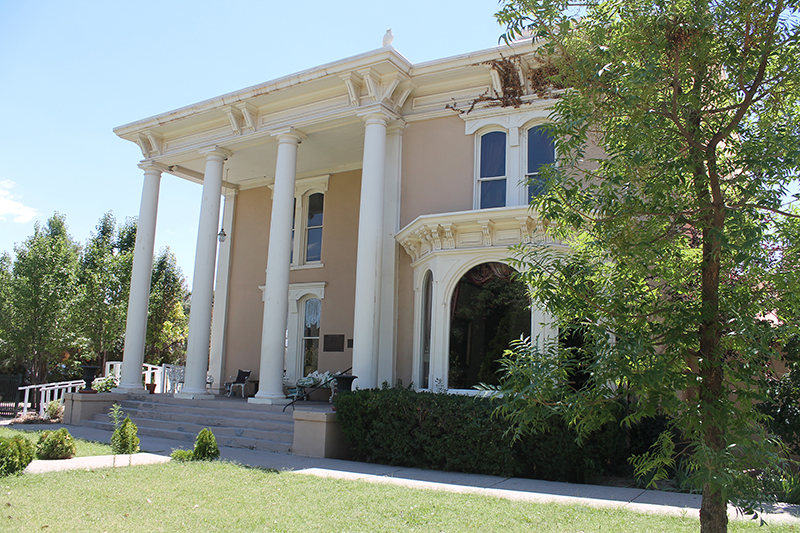 (Editor’s note: This is the first of a three-part series on the historic Luna Mansion in Los Lunas. This week, we look at some of the history of the Luna-Otero family and the building itself. In upcoming articles, we will report about the artwork and features inside the home, as well as the future of the building now that the restaurant that has operated there has closed.)

Most village residents and passersby are familiar with the edifice of the building at that address. Featuring an eye-catching, two-story portico held up by four massive southern-style pillars combined with traditional Victorian lines, complete with a bay window, pitched metal roof and brick chimneys jutting through, the house is more than just a house.

Known typically as The Luna Mansion, the Tranquilino Luna house is not only a unique New Mexican structure, inside and out, it served as the family home for two of the wealthiest and most politically powerful families in Valencia County and the state for nearly 70 years. 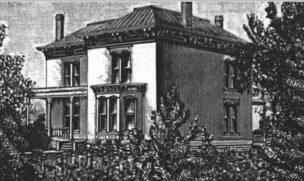 Courtesy of the National Park Service
A drawing of the The Tranquilino Luna House circa 1897 by J.A. Carruth with the Business Directory of Arizona and New Mexico was submitted as part of the application for placement of the home on the National Register of Historic Places. The drawing shows the original front porch before the four columns and two-story portico were added to the home in the 1920s.

The Luna and Otero families came to the New World in the 1690s, creating a foothold in the area that would become the village of Los Lunas by building their wealth through raising sheep and livestock and acquiring land.

In the late 1800s, the marriages of Solomon Luna to Adelaida Otero, and Solomon’s sister, Eloisa, to Adelaida’s brother, Manuel A. Otero, joined the two families.

It was during that same time period, in 1880, when the Santa Fe Railroad approached the Luna family, asking for right-of-way to build across their lands for a new rail line — a path that would run straight through the family home.

Antonio Jose and Isabella Luna agreed to sell, so long as the railroad agreed to build a new home for the family and according to their specifications.

Local historian, author and retired history professor Richard Melzer said while there’s no direct evidence, there are anecdotal tales of Isabella Luna touring the country, by railroad of course, looking at various style homes, to decide just what would be built.

“It wasn’t hard to see how she decided. The Victorian style was very popular at the time. It was the main style for affluent homes at the time,” Melzer said. “But compared to the huge Victorian homes back East, this was a cottage.”

With 14 rooms total and a kitchen in a building separate from the main house, the new Luna home was quite affluent compared to the typical New Mexico family home of one or two rooms, he said.

“It would make a statement on their power and influence on everyone around,” he said.

While Antonio Jose and Isabella were the impetus of the grand home, Don Antonio died shortly before the house was completed in 1881 and never lived in the mansion. His widow, Isabella, and second oldest son, Tranquilino Luna, along with his first wife, Amalia, and their son, Maximiliano, were the first residents of the house. 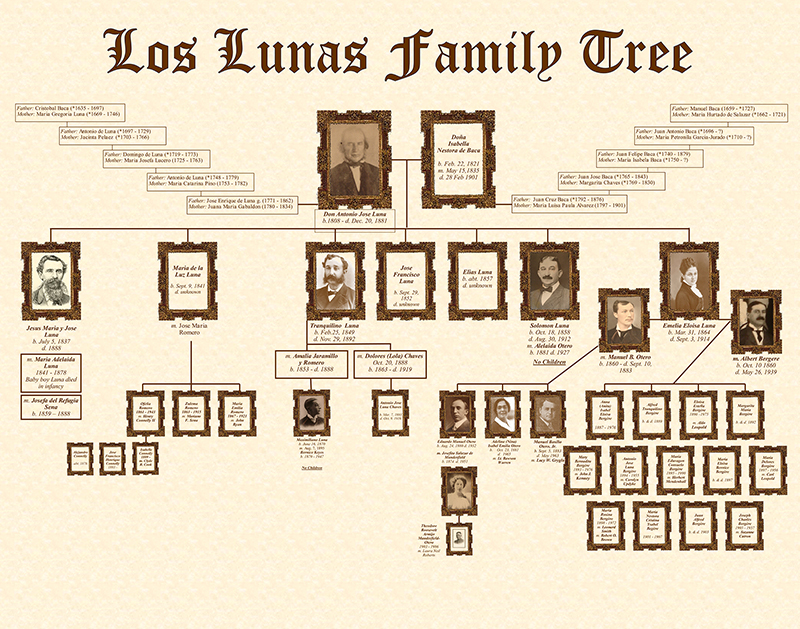 Courtesy of Cynthia J. Shetter
The Luna family can trace its lineage back to the mid 1600s.

While the home was fairly traditional in its Victorian exterior, Melzer said there were some interior elements that were both unusual and typical of New Mexico. The first was the inclusion of a basement, something typically not done in the sandy soils of the state.

The 1975 documentation to put the home on the National Register of Historic Places notes it “rests on a foundation of rough stone and adobe mortar.”

What is typical of the structure but still surprising given its size is that the building is made from adobe bricks, many of which were terrones, which are blocks of sod cut whole from a riverbank or bottom. As the blocks dry, the plants in the mud act as a binder like the straw does in traditional adobe bricks. 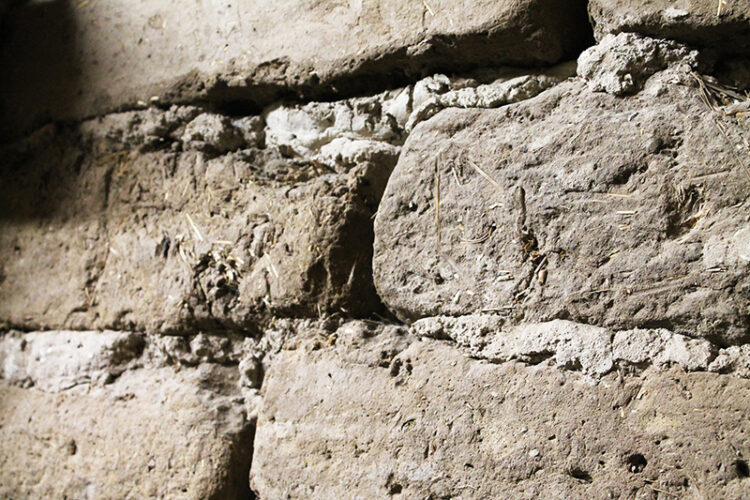 The terrone adobe bricks used to build much of The Luna Mansion were cut from the wet banks and riverbed of the nearby Rio Grande.

“I said for 37 years to my students that was so typical of the Lunas. They dealt with both worlds so well. They were cultural brokers; an Anglo facade but then, within, still Hispanic,” Melzer said. “That strikes me as so symbolic. They knew Anglos were the main power in New Mexico by the late 19th century. In order not to lose their power and influence, they had to deal with them, to share power.”

After Tranquilino died in 1892, his younger brother, Solomon, eventually inherited the property. While Solomon’s marriage to Adelaida was a union of power and politics, the couple had no children, and after Solomon’s death in 1912, Adelaida conveyed the home and property to their nephew, Eduardo M. Otero, the son of Eloisa Luna and Manuel B. Otero.

It was in the 1920s and ’30s that the home underwent its most notable changes. Eduardo’s wife, Josefita Manderfield-Otero, daughter of William R. Manderfield, founder of the Santa Fe New Mexican, made several changes, including the addition of a solarium, an ironwork fence that surrounded the entire property, and the front portico and columns.

Many have wondered where the southern influence of the revamped portico came from, but Los Lunas Public Library Director and historian Cynthia Shetter says she hasn’t found any documentation that explains the choice.

“You know, I’ve never come across anything that says exactly why Josefita chose that style,” Shetter said. “She may have just liked the antebellum era and style from the south.” 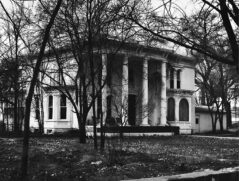 Courtesy of the National Park Service
A photo of The Tranquilino Luna House, aka The Luna Mansion, from 1973 was submitted as part of the application for placement of the home on the National Register of Historic Places.

The Lunas had a reputation for being cultured and educated, with many of them attending school back East, Shetter said.

“They were very educated, family oriented. They were very protective of each other,” she said. “The oldest brother, Jesus Maria, he helped guide the political careers of Tranquilino and Solomon.”

Solomon was the president of the Bank of Commerce in Albuquerque, and held various political offices, including that of Valencia County probate clerk in 1885, sheriff in 1892 and treasurer in 1894.

He was also a delegate to the Constitutional Convention of 1910, acknowledged as a key creator of the New Mexico Constitution, and from 1896 until his death in 1912 was a member of the National Republican Committee.

Well known in political arenas, the Luna family was also known for their social graces, parties and even cooking. Isabella Luna was known for her brandies, and Shetter said there’s even publicity materials that suggest she created posole, the traditional New Mexican comfort soup made with hominy, red chile and pork.

“So, I don’t know if that’s true or not,” Shetter said with a laugh.

As the territory crept toward statehood and a political structure was developed, the Luna-Otero family was key in providing law and order in Valencia County, Shetter said.

Eduardo and Josefita were the last of the Luna-Oteros to live in the mansion. It was bought by Eunice Sullivan after their deaths, and she and her two sons lived in the home for many years.

Sullivan was responsible for getting the property on the national historic registry in 1975, after she put the property up for sale.

In 1976, it caught the eye of preservationist Earl Whittemore, who, along with his business partners, bought the property, turning it into a fine-dining restaurant that opened in 1978. 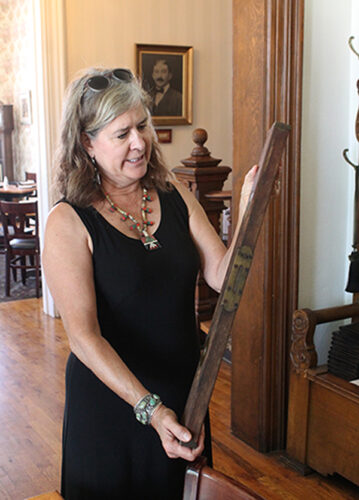 While refurbishing The Luna Mansion after they bought it in 2009, the Torres family found interesting artifacts throughout the house, including this still working level from the 1800s held by owner Hortencia Torres.

Whittemore, who died in a car accident in Colorado in September 2019, decided to sell the property in January 2009. In less than a month, the Torres family were the proud new owners.

Pete and Hortencia Torres, and their three children, Johnnah Torres, Joell Himeur and Peter Torres, who have owned Teofilo’s Restaurante directly across the street for nearly 35 years, decided to add another historic building to their portfolio.

Teofilo’s is in the former Dr. William Frederick Wittwer House, which is also on the National Register of Historic Places.

During an interview with the News-Bulletin in 2009 to announce the family’s purchase of the property, Hortencia noted they may have been a bit more connected to the historic landmark than they thought.

Pete’s grandfather was Teofilo Chavez y Luna, and his great-grandmother and great-aunt lived in the Luna Mansion for 10 years when they were young.

At the time, Johnnah declared it was fate for the mansion to come to them.

Now fate has taken another turn and The Luna Mansion restaurant is no longer operating. Already in a bit of a financial struggle to keep it operational, the family decided to close the doors in June as the COVID-19 pandemic restrictions took their toll.

While the building is closed, the family looks to the future and considers next steps, letting the spirits of history roam the halls of the mansion. 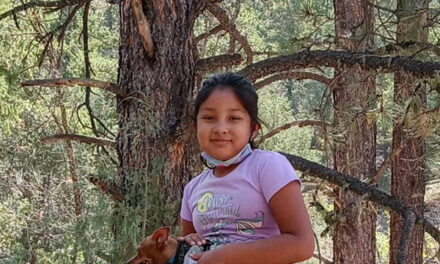 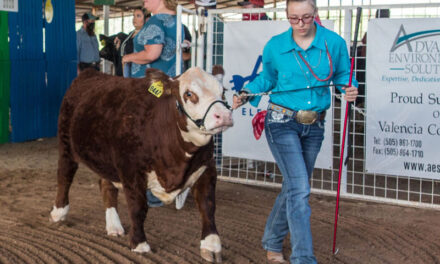 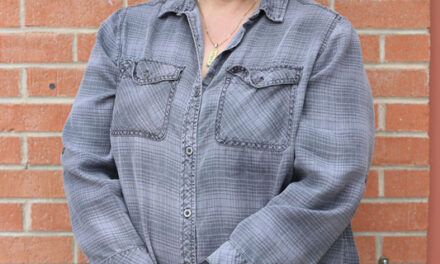 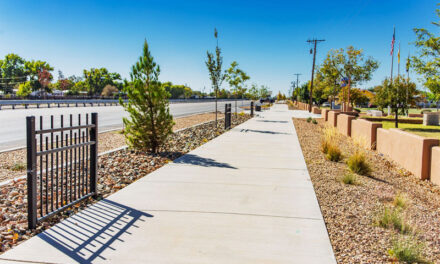