“The Tale of Two Eloisas: Los Lunas to Santa Fe & Beyond”

The 1880 Luna Mansion, political center of yesterdays’ Territorial New Mexico and today’s vibrant Valencia County, where our statehood was negotiated, where 19th and 20th century rich and famous were wined and dined and where 20th and 21st century families came to celebrate birthdays, anniversaries, weddings, graduations and every milestone event of treasured memory. 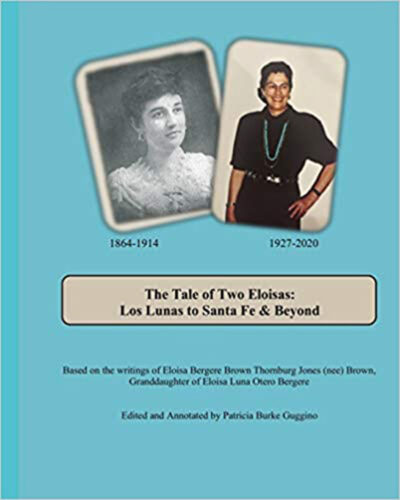 This incomparable Los Lunas landmark is where the heroines of the truly New Mexican “Tale of Two Eloisas” were steeped in culture and very much rooted. Eloisa Luna Otero (eventually to be Bergere) returned here from La Constancia as a 19-year-old widow to birth her third child. Her namesake, granddaughter, Eloisa Bergere Brown, came here with family to celebrate her 80th birthday.

Knowing the historical importance of these Luna, Otero, Bergere descendants to Valencia County, the then-Mansion owner restaurateur and preservationist, the late Earl Whittimore, invited me to meet the interesting Eloisa and her extended family. From that initial encounter ensued a treasured friendship with years of collaboration and recounting of untold, behind-the-scenes family stories that resulted in this book.

Here are some excerpts from Eloisa’s writings:

As previously arranged by the Oteros and Lunas, at fourteen, when Grandmother Eloisa returned from eastern schooling to her home in Los Lunas, she was betrothed to don Manuel B. Otero, just nineteen. He was the handsome only grandson of the Luna’s sheep-trading partner, don Manuel A. Otero.

Young Manuel B. Otero was Georgetown and Heidelberg educated, fluent in four languages, and a dandy. Eloisa was beautiful, refined, trained to run an elegant household, and fluent in English as well as Spanish. This marriage would further cement even more wealth and power within the Luna-Otero families.

This first Luna-Otero wedding in 1879 was of fairy tale proportions … Following the nuptial Mass at San Clemente, Manuel’s five padrinos (honor attendants) bestowed thirteen ten-dollar gold pieces (the equivalent of $11,700 today) … on the priests who had officiated at the service. An organ played softly in the background. On that sun-shiny day of June 2, 1879, family friend Henricka (Henny) Huning, German born wife of prominent Los Lunas rancher and merchant stated, “She (Eloisa) was the most beautiful woman I had ever seen.”

… The wedding celebration moved gaily from the Luna hacienda to the Otero mansion, La Constancia, on the east bank of the Río Grande near the village of Tomé … There was no bridge spanning the wide, deep, and fast flowing river so bride and groom were ferried over the water on a barge bedecked in swaths of deep red velvet with abundant garlands of fragrant fresh flowers.

Guitar, flute, trumpet, and lively squeeze box music gaily filled the air as locals, caught up in the excitement and elegance of the moment, sang and cheered their approval along the riverbank. When the young couple finally arrived at La Constancia, a great ball awaited with lively music and freely flowing wine. The Oteros engaged a Denver chef to cook for the occasion.

There the merriment, music, dancing, romancing, eating and drinking continued for two weeks … Surrounded by wealth, gaiety and good wishes, Manuel Otero and Eloisa Luna settled into their new role as spouses. They were soon to be parents, as well as powerful patróns … The young newlyweds personally controlled 700,000 acres of land near Los Lunas and the extended Luna family ran 150,000 head of sheep on mesas reaching to Arizona.

A life of privilege for wealthy Spanish descendants like the Lunas and Oteros (only 5 percent of the population) carried over into the twenty first century. Servants who fulfilled Eloisa’s every wish surrounded her while Manuel oversaw their considerable landholdings and herds of sheep.

However, ownership of the Bartolomé Baca Land Grant was the subject of an on-going dispute between Eloisa’s husband and wealthy Bostonian entrepreneurs, James and Joel Whitney … What ensued was a tragedy of major proportions.

The first Eloisa’s life would be forever changed by a shoot-out at Antelope Springs that left her a 19-year-old widow with three children. After her inheritance of husband Manuel Otero’s vast fortune and three years of official mourning, marriage to sophisticated European, Alfred Bergere, provided the seeds from which the second Eloisa would spring; her mother being Rosina, the next to last daughter of 13 children born to Eloisa and Alfred. (She had 16 children total; 12 who survived.)

The first Eloisa was deceased at 50, before the second Eloisa was born. Widower, grandfather Alfred, asked that this baby be named for his dearly beloved, departed wife. Thus began the very active life of Eloisa Bergere Brown, daughter of Rosina Bergere and physician, Edward Brown.

Named for her beautiful and prolific grandmother, this second Eloisa was a gifted writer who left us a mountain of memoires to chronicle her adventures from New Mexico, to Bolivia, to Africa with five children under 7 in tow, back to New Mexico, where she was widowed at the young age of 42.

Her life would span nearly 94 years and include many experiences and insights articulated by Eloisa Bergere Brown in “The Tale of Two Eloisas.” 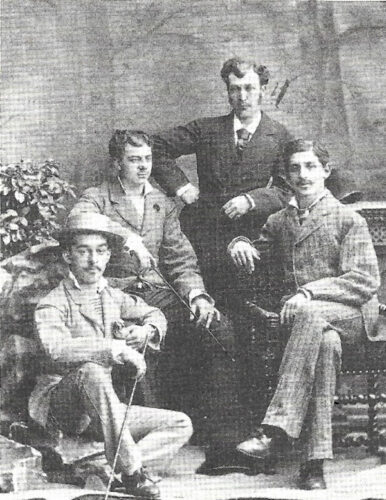 Grandfather and Grandmother Bergere moved from the Mansion in Los Lunas to the Big House on Grant St. in Santa Fe about 1906. I was born in 1927 and was very fortunate because the Brown family house that I was born in at 334 Garcia St., Santa Fe was the same house I grew up in; we never moved.

My parents built to look like the church at Acoma pueblo with two tower-like structures rising on each side of the main bedroom. Mother had a formal garden on one side. There was a badminton court on the other side and a large lawn with trees in front of the house. Our yard was HUGE. Because of the grass it was a great place (the only one on the south side of the Plaza) to play football and other games.

Clarita was our laundress and wash day was Monday. One of our two maids would gather the sheets from six beds, towels from two bathrooms, all our underwear and the things Mother called linens, and throw them down to the bottom of the basement stairs awaiting Clarita’s arrival. We loved jumping into those piles of laundry, especially the sheets from Father and Mother’s room because they smelled sleepy.

As a child I could envision mother (but not father,) in a Ginger Rogers/Fred Astaire movie, dancing through the night draped with an ostrich fluff boa and drinking champagne. After telling us adventures such as their European airplane flights, Mother’s darning needle would stop and she would watch a drifting mote in a sunbeam. Then she would sort of sigh and say, “Of course, that was before the Stock Market Crash when we had all of those good investments.”

Most of Father’s patients paid their bill in live chickens, large sacks of piñon nuts, hand-cut wood, or even Christmas trees that were brought into town on burros. We must have been poor. Nobody paid Father money …

We were Dr. Brown’s children and his patients all loved him, although our friends were scared to death of him. When we were playing football on the lawn and Father drove up in his big grey Packard, they would run off. They were sure Father was going to give them all a shot!”

When those good investments failed and it was time for Eloisa to go to college, her father’s wealthy older brother provided the tuition for her to attend Radcliffe, the prestigious women’s college at Harvard. Eloisa reminisces in her writings:

To say that I was different from the other girls at Radcliffe would be an understatement. It was a totally new environment to me, and I made very few friends … I soon realized that there were three types of dormitories. One for prep-school elite students, one for those educated at public schools, and one more at the bottom of the rung for “others,” bumpkins like me. Was I even an American? Was New Mexico part of the United States? 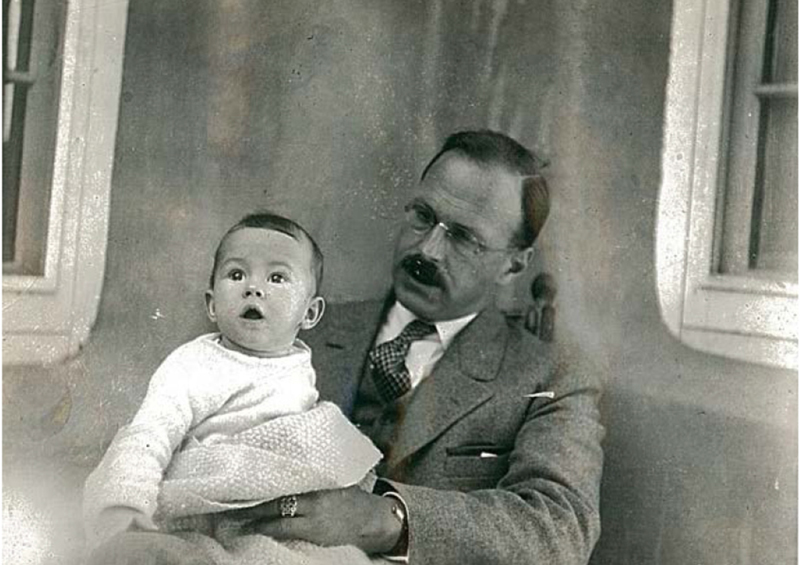 Many things revealed our differences. For instance, the night I dressed up for a party in my favorite fiesta dress I felt quite elegant. The other dorm girls thought I was wearing some kind of quaint “native” Halloween-like costume and subtly conveyed their amusement. That really took the wind out of my sails. I began to notice the difference between the East and New Mexico and to see that Santa Fe had something worthwhile; that it really was “The City Different.”

Rejected in Boston, I began to take some pride in my roots and to realize that I truly had a unique identity in my Southwestern connection. Awareness and an appreciation of the value of my home state started coming into focus. New Mexico’s diversity and cultural wealth slowly dawned on me.

Perhaps this awareness is what motivated Eloisa to begin writing about her life, her family, her ancestors and her feelings; remembrances of growing up in a New Mexico that, while rapidly changing, somehow managed to retain an essence of “otherness.”

This is just what makes “The Tale of Two Eloisas” worth reading! It can be purchased locally at the Los Lunas Museum of Heritage & Arts, the Belen Harvey House Museum, the libraries in both Los Lunas and Belen or directly from Amazon.

A book signing for Eloisa Bergere Brown’s memoirs will be held from 1-4 p.m., Saturday, May 15, at the Luna Mansion. There will be light refreshments and complimentary wine. A limit of 75 people can attend, with COVID-19 precautions and masks are required.

This month’s article is drawn from the author’s new book, New Mexico’s Tale of Two Eloisas: From Los Lunas to Santa Fe and Beyond, published by the Valencia County Historical Society. It is available on Amazon.com.

Step back in time with Greenwood 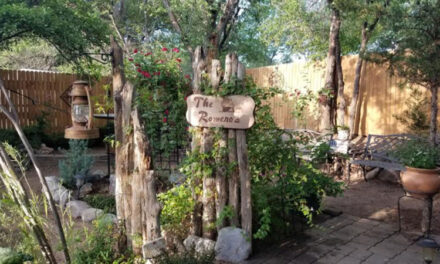 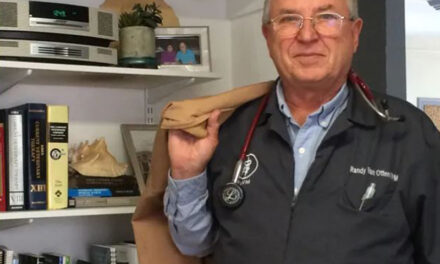