I’ve got Stephan Jenkins, the guy who excudes self-confidence but doesn’t want to come off as arrogant, on the line. Sitting at my desk in Belen, the silence is rather exciting as I wait for the singer-guitarist-songwriter to ponder each question I send his way.

Growing up in Berkely, Calif., Jenkins, the son of a college professor, says he wanted to be a writer, an environmentalist or a marine biologist. The music world won out, and, by the young age of 14, he was already playing music and had formed his own band.

“My favorite singers are Freddy Mercury and Marvin Gay,” Jenkins tells me. “I grew up listening to hip hop and Led Zeppelin. I just didn’t really make a particular distinction.

“I got into music the way most real musicians do — they don’t really fit in. They’re always misfits, they don’t feel like they fit in with what’s going on around them.”

Jenkins, who describes his band’s sound as “pretty damn freaky,” assembled Third Eye Blind in San Francisco back in 1993. In the early days, the lineup changed frequently and shows were small.

They signed with Elektra and released “Third Eye Blind” in 1997 with their first single “Semi-Charmed Life.” Its famously catchy “doo-doo-doo” chorus earned the song serious radio airplay even with some controversial lyrics about sex and drugs.

The record went quadruple platinum as 3EB embarked on a tour that lasted two years. The first show date brought only 65 people out to see the band play live, compared to the last concert with 19,000 fans.

The band’s success continued when the “Blue” album came out in 2000 with songs such as “Anything” and “Never Let You Go,” made up of hummable melodies and conflicted emotions. Listeners turned up “Ten Days Late,” a song about choices and uncertainty when a guy discovers his girlfriend is pregnant and doesn’t know what to do.

“I don’t know how one stays unique. I think, at some point, you repeat yourself,” Jenkins says of the band’s experience together.

“When we do that, that’s probably when Third Eye Blind will be perfect. I don’t think we’ve done that yet.”

Whether jamming out on your headphones or getting together with friends, the albums of Third Eye Blind make for an intimate listening experience. Serious metal rock and edgy electric guitars complement the sincere sound of Stephan Jenkins.

“I don’t like to make it exactly perfect. I have a certain sound in mind and how to get it. That’s why all these records from every alternative artist sound the same — they do one thing with an album and keep repeating it. We want to shape what alternative radio is.”

As for what’s happening in the rock scene right now, Jenkins has only praise for The Strokes who hit it big with their debut album, “Is This It.”

“I love the Strokes and ‘Last Night.’ I think their album is one of the best of the year. It’s really good for alternative radio.”

He laughs at the mention of Third Eye Blind’s new album, “Crystal Baller,” set to come out in October. “It is not coming out in October. More like November,” Jenkins adds, pausing again.

“We are at a creative high right now. I think the album coming out is very different than the last record. The first and second records had a very different feel from each other. I think this is a more raw and more powerful record. Very personal, very real. I’m excited.”

The classically handsome singer gets quiet again. The more he pauses, the more I think he’s about to reveal.

“I’ve got some anxiety about releasing ‘Crystal Baller’ because I’m very open to the way that I write lyrics. I feel like you have to be honest to be successful.

“Music is always a release for me,” Jenkins says with an easy charm. “It’s kind of sharing parts of myself … it does make you feel better. Music is the thing you turn to. It’s the other woman.”

Like so many other Third Eye Blind fans, I wondered if the group has any plans to release the lyrics to “Slow Motion.” Because the words to this song describe a high school shooting, Elektra only allowed the instrumental version to be released on “Blue.”

“Yes, the original version of ‘Slow Motion’ will be on the new CD,” Jenkins says matter-of-factly. “Sometimes the business is frustrating. I write about things in my lyrics that no one would even blink over if they were in a novel, but because they are in a three-minute song on the radio, they get pointed out.”

It’s clear — Stephan Jenkins is in love with being in the studio and creating music. He’s happiest, however, when he’s on tour performing for the fans.

“I prefer touring. I have fun out there. We’re not used to not headlining a tour,” Jenkins says of the Goo Goo Dolls Gutterflower tour on which 3EB is currently playing with singer Vanessa Carlton. They’ll appear at the Journal Pavilion on Sunday, Sept. 8.

“But we haven’t had an album out in two years. This is different because we only get to play for an hour. I like to search the crowd and jam. I’m not really into that hippie-rock scene, but I do like to jam. When we go out on tour again for the new album, we’ll do a smaller, more intimate tour.”

How does the band prepare for each show? “There really isn’t any particular ritual except that I slow down a bit and relax. I like to stretch out, so I’m less frazzled and not so wound up.”

The 36-year-old rocker likes to change into something comfortable before setting foot on stage. “I always change my clothes from the ones I’m wearing. No costumes,” Jenkins says. “I always wear a top hat, a shirt and a tank top with jeans. I used to have these old leather pants, like Jim Morrison, that I wore constantly and they have this smell … what they smell like, I can’t even describe them. People have said I should get rid of them.

“This summer has been very hot, so jeans are the best. I usually have a chair on the stage, and I sit down for a while relaxing and talking to the crowd.”

Stephan Jenkins will never scoop a journalist. He says there’s too much gossip out there already. The guy who dated actress Charlize Theron for a few years likes reading about other peoples’ relationships, not his.

To upcoming bands and struggling musicians he says: “Don’t listen to anyone’s advice. Follow your own road.”

Jenkins made his acting debut in the Mark Wahlberg movie “Rock Star,” in which he had a small part as the singer in a Judas Priest cover band.

When I tell him I liked the movie, Jenkins laughs and asks me, “Did you think it was funny?” I did. “I like acting, but I’m not an actor. I did a feature that I was the lead-in called ‘The Art of Revenge.’ You should check that one out,” he says.

“I really prefer music. I like to rock out, especially with life. I like to make music, produce and write.”

Before we say goodbye in that quiet, subtle way, I realize I’m hooked. I can’t wait to see what Stephan Jenkins does next. 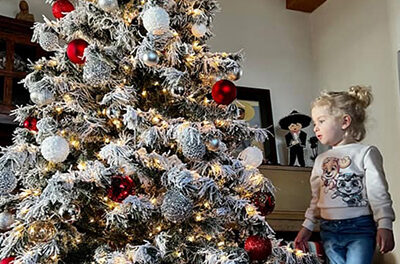 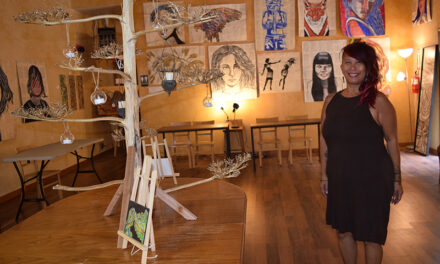 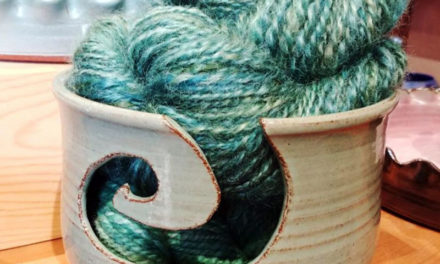