Three men, one woman arrested for burglary and more 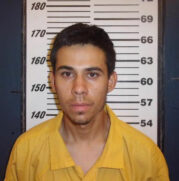 Four people have been arrested and charged in connection with the commercial burglaries of two businesses in the town of Peralta. 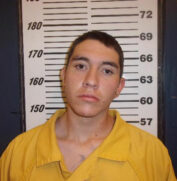 All four are charged with multiple counts, including aggravated burglary, criminal damage to property, possession of a controlled substance, tampering with evidence and receiving stolen property.

According to the criminal complaint, while Bosque Farms Police Department officers were investigating the scene at Fouch, the owner of plumbing shop next door informed them his white Dodge 3500 dually pickup had been stolen. 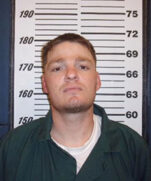 The owner told officers his brother had contacted him, saying his truck was at a neighbor’s house on Drifter Court in Tomé.

The brother told BFPD he knew the neighbor as John, noting he’d recently been arrested by deputies with the Valencia County Sheriff’s Office.

The BFPD officers reached out to Valencia County Sheriff’s Office Sgt. Joe Rowland, who identified the man as John Turner and confirmed that he had been arrested the week before. 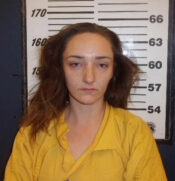 A neighbor on Drifter Court told BFPD officers he had seen the Dodge, with a bed full of items, being unloaded by two men and a woman at the home where Turner lived.

VCSO deputies arrested Brasfield and Montoya at the home.

Montoya said he left the house on Drifter at about 9 a.m. on July 22 with Brasfield and a man he only knows as “Demon.” They drove in Brasfield’s white Scion to Fouch Arms on N.M. 47, where he says “Demon” jumped the fence then came running back shortly after.

The three drove back to the house on Drifter and eventually the pickup from the plumbing business arrived and they unloaded items from the truck into the house.

During a search of the home, deputies found some of the items stolen from Fouch in a room identified as Turner’s bedroom, including a sword, knives and gun parts, such as rifle bolts, ammunition and bags.

The Dodge pickup was located at a residence on High Road off of Winston Drive in Monterey Park, where Delatorre was living.

Delatorre told officers he went to the gun shop with Brasfield and Montoya on the night of June 22 in the Scion.

He explained that Montoya jumped the fence then proceeded to throw items over, which Delatorre then put in the car.

Delatorre said the three of them went back to the gun store on Sunday, June 23, and took additional items from there, as well as the white Dodge pickup from next door.

Montoya left the vehicle at Delatorre’s residence he told officers. Two .45 caliber ammunition magazines were found in Delatorre’s bedroom during a search. The owner of Fouch Arms confirmed they were his property.

Bosque Farms Police Chief Paul Linson said Turner was wanted in connection with not only the burglary at Fouch Arms, but several other burglaries in the area.

“While we were looking for him, we found out he was involved in a shooting of some kind in the last few weeks and had sustained an injury to his buttocks,” Linson said. “So, we were looking for him for a number of reasons. He was a suspect in several burglaries, had two active felony warrants, and we wanted to locate him and see how serious the injury was.”

On Tuesday, July 2, BFPD was informed Turner was at the house on Drifter. Linson said New Mexico State Police and Albuquerque Police Department assisted in the arrest, and Turner was taken into custody without incident after a brief foot chase.

Officers were able to make a controlled buy from Turner prior to his arrest, and when they served a warrant on the home, narcotics, scales and equipment for trafficking narcotics were found. 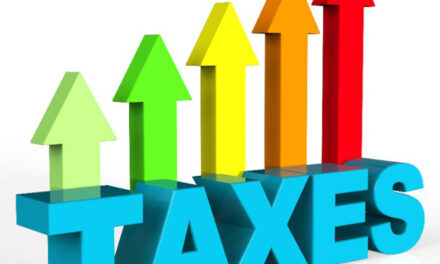 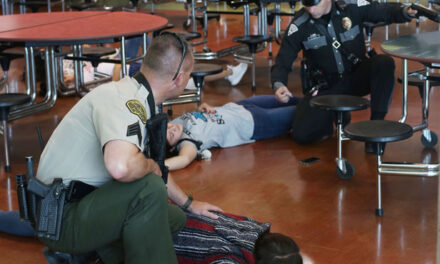