Jonathan Gurule and Santiago Salas of Los Lunas were joined by Dylan Gonzales of Belen in winning individual state championships at the NMAA State Wrestling Championships on Saturday night at the Santa Ana Star Center in Rio Rancho.

Valencia was quiet for much of the tournament and finished in 19th with a score of 30.

The Jaguars had multiple wrestlers place, as Clay Carette finished in sixth place at 120 pounds.

Carette lost the fifth place match to Matthais DeHerrera of Bloomfield on a fall at 2:53.

Manuel Estrada also came in sixth place, he did it at 132 pounds.

He narrowly lost to Naithan Gurule of Los Lunas in the fifth place match by a 9-8 decision.

Julio Garcia, wrestling at 106 pounds and Jacob Farley at 113 also scored points for the Jaguars despite not placing.

All but one of Belen’s wrestlers scored, and while the group was headlined by Gonzales, five other Eagles placed.

Gonzales beat Damian Gonzales from Los Alamos in the final on fall at 4:27.

Alfredo Castillo was the Eagles second highest finisher, as he was the runner up at 182 pounds.

Castillo scored 24 points for the Eagles and won his first three matches by falls before dropping the final to Michael Aguirre of Silver on a technical fall.

Damien Wood also finished in third place at 138, securing his place with a major decision win over Hayden Goodluck of Shiprock.

His only loss in the tournament came to eventual state champion Garrett Birzer of Aztec.

Martin Ammons completed the trio of third place finishes at 145 and beat Dominic Baca of Los Lunas in the third place match.

Santi Tafoya and Coleton Gonzalez both secured sixth place finishes for the Eagles at 126 and 152 pounds, respectively.

As for Los Lunas, 12 of the 14 Tigers who competed did well enough to place.

J. Gurule brought home the first championship of the year for both Los Lunas and the county at 113 pounds.

He beat Adan Benavidez of Bloomfield by a 6-2 decision in the championship round to secure his place as a state champion.

The Tigers had three wrestlers in first place matches, the other being Miguel Andrade.

Andrade lost on a 7-6 decision to Zane Chapman of Aztec in the title match.

Salas earned his title at 195, winning a close match against Bristan Lockett of Silver with a sudden victory.

The match had been close throughout and the two were tied at six after the end of the third round.

Salas executed a takedown not long into the overtime period which earned him two points and the win.

Zachary Doyle was the Tigers only third place finisher. He scored 21 points for the Tigers at 220 and beat Shawn Gomez of Gallup on a fall in the third place match.

Matthew Gurule and Baca earned fourth place finishes for the Tigers at 160 and 145 pounds.

At 145, Baca lost to Ammons in the quarterfinals and then again in the third place match.

Both of those losses came on decisions.

Gurule lost to Sebastian Martin of Academy in the semi finals, and then he forfeited his third place martch against Johnathan Naef of Grants. 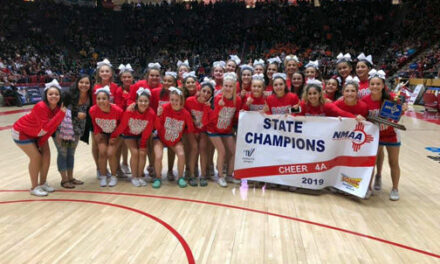 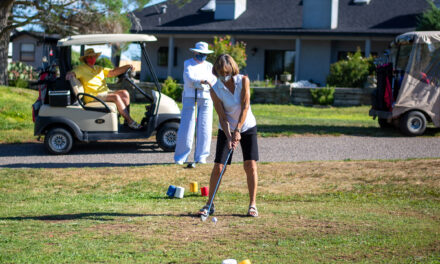