The ruthless winds that swept through Valencia County for three days before the high school track and field season-opening Los Lunas Invitational had diminished to a mild breeze. The sun was out and temperatures tickled the 60 degree mark on Saturday. It was a beautiful day — especially for the Los Lunas Tigers, on whom the sun shined most brightly.

“It’s not a bad way to start,” said boys coach Avilio Chavez. “For the first track meet, we looked pretty decent. We’re real pleased with the way it turned out.”

Most pleasing was that senior Jesus Sedillos wasted no time in qualifying for the Class 5A state meet in the 300-meter hurdles. He won the event in 40.40 seconds, one-tenth of a second better than the state qualifying mark. Sedillos also won the 110 hurdles to highlight a bright day for the Tiger boys team.

The Tigers’ 400-meter relay team took second place, edged by Belen at the wire. Also taking second place were Walker in the 800-meter run and Sandoval in the 1600.

Placing third were Potter in the 200-meter dash, Danny Kastelic in the long jump, and Matt Walker in both the pole vault and triple jump.

The Lady Tigers were carried by their distance runners. “They scored some major points for us,” said girls coach Tara Trujillo. “Our winning really hinged on them.”

Holdovers from last fall’s district champion cross-country team were, indeed, pivotal to the Lady Tigers’ success. Maria Liot won both the 800- and 3200-meter runs. And Monica Padilla won the 1600 and was second to Liot on the 800 and 3200.

The Lady Tigers finished 1-2-3 in the 800 and 3200 with Katie Sanchez and Danielle Torres respectively placing third. Sanchez was also second in the 1600.

The Lady Tigers’ only other individual winner for the girls was Colleen Page in the triple jump. Page also contributed to the relay teams, which won the 1600 and medley relay events.

Aria Cook and Cathie Miller finished second and third in both the 100 and 300 hurdles.

Marlysa Sanchez was third in the 400-meter run.

In field events, the Lady Tigers took second place in three events — Felicia Aragon in the discus, Vanessa Salas in the javelin and Lacy Minton in the high jump.

“It’s a great way to start the season,” coach Trujillo said. “It will help to build our confidence, and now we have a good starting point. So we’ll see where we go from here.”

Both the boys and girls teams are scheduled to go to Alamogordo for their next meet this Saturday. 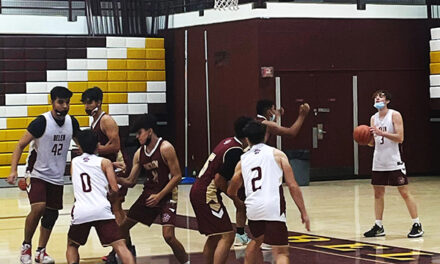 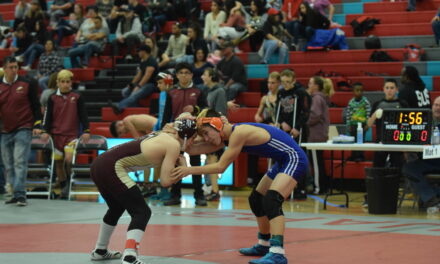