The Los Lunas High School baseball team took advantage of its opportunities in the first game of a district doubleheader with Las Cruces Mayfield on Thursday. But in the second game, the Tigers lost an opportunity to take command of the district race.

After host Los Lunas took the opener, 7-2, behind the hitting and four-hit pitching of senior flame-thrower Josh Hernandez, the Tigers (3-1 in District 3-5A, 8-5 overall) were twice one strike away from their second doubleheader sweep to start the district season. But losing pitcher Larry Sutherland was victimized by six unearned runs in the seventh inning as the Trojans (2-2, 8-4) stole the nightcap, 13-12.

“We had a golden opportunity, and we let it slip away,” said Tiger head coach Steve Contreras. “We had way too many mental errors. For some reason, we didn’t have that mental toughness we had hoped for.”

Los Lunas made mental errors and uncharacteristically made more than their share of fielding errors, committing nine in the game. The Tigers had made just one error in their previous three games.

“Nine errors,” marveled senior pitcher/catcher Carlos Castillo, who put the Tigers on top with a grand slam home run in the first inning. “We were lucky it was that close of a game with that many errors.”

Castillo hit a fastball from Mayfield starter Jason Rouse the opposite way and over the right field fence for his fourth homer of the year.

“The wind helped that one,” said Castillo, who also hit a two-run shot in the first inning of the first game. “I was happy with that, but I’d be happier if we would have won the game.”

As the Tigers’ starting pitcher, Castillo staked himself to a four-run lead with his slam, but Mayfield scratched out three earned runs against him in the second inning to close the gap to 4-3.

Los Lunas countered with two runs in the bottom half of the inning to pull ahead 6-3. The big hit was a two-run double by Hernandez.

In the middle innings, the Trojans took advantage of Tiger miscues for three unearned runs and eventually tied the game, 6-6, in the top of the fourth.

“I kind of feel bad for our pitchers,” Contreras said. “They were getting balls that should have been outs, but we were not making the outs for them.”

The Tigers went back in front in the bottom half with an unearned run of their own. They added an insurance run in the fifth when Sutherland hit a two-out single to score Matt Baca, who had doubled earlier in the inning.

The Tigers led, 8-6, when yet another unearned run drew the Trojans to within one. Again, the Tigers purchased insurance in the form of a RBI hit by James Alarcon in the sixth inning. They led 9-7 and needed just three more outs to finish the sweep.

The sun and wind played havoc with fly balls during the second game. And Tiger center fielder Travis Ferrel couldn’t make the catch on a seemingly routine fly hit by Augie Narducci to start the Trojan seventh. That miscue, and three others in the inning, allowed Mayfield to pull ahead 13-9.

Los Lunas didn’t give up in its last raps. Ferrel made up for his miscue with a single and Sutherland walked to lead off the bottom of the seventh. Two outs later, Hernandez reached on an error and Castillo walked to force in a run. Representing the winning run, Alarcon reached with a single that scored two runs. But Brian Holmes grounded to shortstop for a force out at second base to end the game.

“This is District 3-5A. Everybody’s going to come ready to play for seven innings,” Contreras said. “We only went for six-and-a-half innings today.”

The Tigers played a full seven innings in the first game.

“Josh pitched well, and, defensively, we made the plays behind him,” Contreras said. “We put the ball in play when we had runners in scoring position. We kind of did just enough to win the ballgame.”

Rael led off the Tiger first inning with a walk. One out later, Hernandez and Castillo hit back-to-back home runs off Conner to give Los Lunas a 3-0 lead.

After Hernandez walked his only two batters of the game in the second frame, Ricky Morales singled both home to cut the Los Lunas lead to 3-2.

But the Tigers answered back with a pair of runs. J.D. Garcia doubled and later scored on a double by Ferrel. Rael singled Ferrel home, and the Tigers led, 5-2, after two innings.

Los Lunas added two more runs in the fourth on a double by Castillo that scored Nathan Romero and Hernandez.

Hernandez struck out nine to improve his record to 4-1. He was 2 for 2 at the plate with a home run, two runs and two RBIs. Castillo was 2 for 2 with a double and a homer and three RBIs. The Tigers totaled nine hits in the contest.

Los Lunas banged out 14 hits in the second game. Hernandez was 2 for 5 and scored four runs. Alarcon was 2 for 5 with two RBIs. Castillo was 1 for 3 with five RBIs. Ferrel and Sutherland also had two hits apiece.

But all went for naught due to all the mistakes. Contreras hoped his team at least learned from them. “You don’t want to be learning anything come district time – it should be all taken care of. Maybe next time we’ll learn from this and be ready to for Game 2,” he said.

Had they won the second game, Los Lunas would have taken control of the district race, one-third the way through the schedule. The Tigers still lead the race, but they missed a golden opportunity to put the pressure on the other district contenders.

“We’ve got to try to brush it off because we’ve got to get ready for another district game come Tuesday, and we can’t carry it with us,” the coach said.

“All we can do is just keep playing the way we know how. We just had an off day, an off game,” said Castillo, shrugging off the defeat. 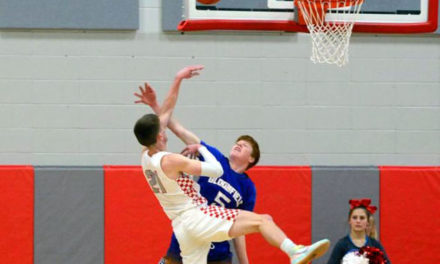 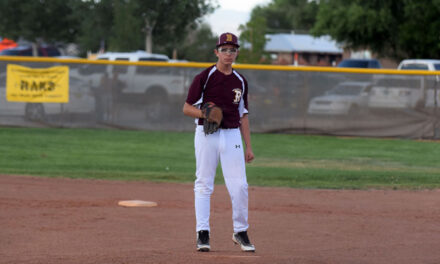