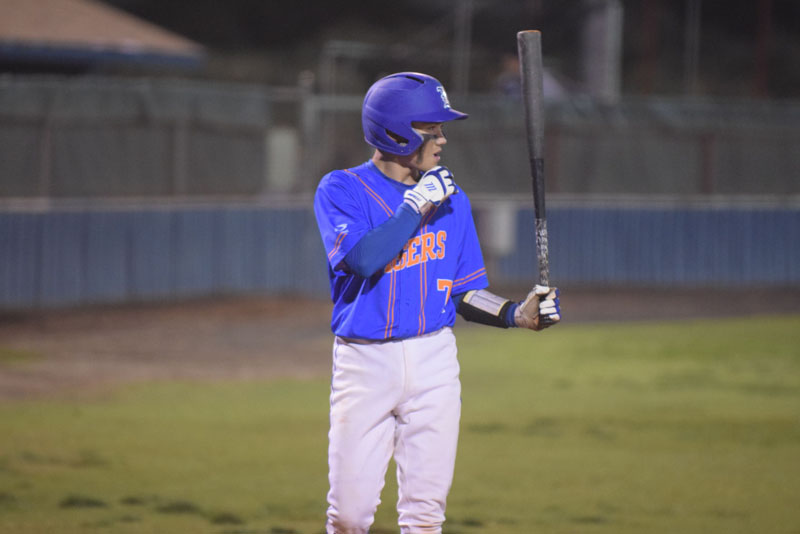 Los Lunas escaped a late-game comeback from Grants with a 5-4 home win on Friday night.

“Defensively, I thought we did really good,”said Los Lunas head coach Shaun Reed. “We have to do a better job at putting at-bats together and not jumping at the baseball when we have bases loaded…we have to rely on the fundamental stuff.”

The Tigers (11-4, 1-2) and Pirates began slow at bat with neither team scoring in the first inning and combining for only two hits.

In the second inning, Los Lunas senior David Sanchez and junior Joseph Klaus hit a single and a double to get things rolling for the Tigers. Sophomore Logan Heath and junior Kees Cieremans hit a pair of singles to bring Klaus and Sanchez in to put the Tigers on the board.

In the third inning, Grants junior Austin Hall hit a two-run double to tie the game.

The Tigers scored twice in the fourth inning to regain the lead. At the bottom of the sixth, Cieremans hit another single to bring in Heath for the Tigers final run to put the Tigers up 5-2.

But the Pirates wouldn’t go down without a fight. Despite a quick Los Lunas pitching adjustment, Grants put up two runs at the top of the seventh. Fortunately for the Tigers, those would be the only two runs and they would escape with a 5-4 victory.

The Tigers, who were coming off a two-game skid after falling 5-0 to Belen and 12-3 to St. Pius, hope to build on Friday night’s win. Up next is a district rivalry game when they host Valencia at 6:30 p.m, Tuesday.

“We know that it’s going to be a game where we’ll have to do the little things,” said Reed. “We have to execute.” 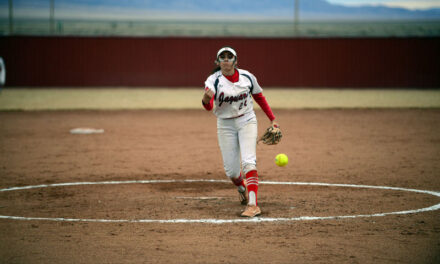