After America’s best showing ever in World Cup competition, the question remains: will soccer ever become a mainstream sport in the United States? News-Bulletin “sports guys” Tony McClary and T.S. Last argue the issue.

Yes, soccer is on its way to being ‘America’s game’

Soccer isn’t America’s pastime — not yet at least. But, as it turns out, the world’s game may have a legitimate chance of becoming one of America’s favorite sports.

Maybe the U.S. soccer hype has died down, or completely died altogether; sure, there isn’t another World Cup for four more years, and it’s going to be in Germany, which means watching games on TV will be a little easier, but why wait four years to watch soccer when there is plenty of great soccer action right here at home?

I understand all the reasons people think soccer can’t break into the “mainstream.” Believe me, I’ve heard the arguments time and again from avid American football fans, baseball junkies and NBA addicts. I know that most people would rather watch paint dry, and on some occasions actually do watch paint dry, as an alternative to sitting through 90 grueling minutes of soccer action. I’ve heard people say, “if there was just more scoring, I would watch” or “it’s just too slow to watch.” Heck, I’ve even heard the old “soccer is for pansies” argument. I think that soccer should be pulling in more ratings than hockey or basketball for these very reasons, except that pansies thing — those people are just ill-informed.

Let’s take the reasons why people should be watching soccer and break them down David Letterman-style in a good old fashioned-list from least to greatest reasons to turn on the set and watch guys or girls kick a ball around a huge field for 90 minutes.

This list isn’t going to be a top 10 because I really don’t think it will take that many reasons to convince non-fans that soccer has every right to be one of the most popular U.S. sports. However, if you’re still not convinced, feel free to call me and I’ll give you more reasons.

Reason No. 5 — No commercials. This idea appeals to me in the biggest way. No stupid stoppages of play, no time outs when one team is too tired to run anymore, no annoying advertisements getting in the way.

The only time that corporate America is going to try to infiltrate your head in a soccer game is in the signs lining the field and when the ref blows his whistle to indicate half-time.

That’s right sports fans, for at least 45 minutes of your life, you can actually sit down and watch TV without somebody trying to sell you something you really don’t need in the first place.

I understand that, for many sports fans, this can prove to be a nuisance because, without commercials, when are you going to get off your duff and make that 10-foot sprint to the fridge for an ice cold beverage? Well, this is a problem that is really easy to remedy.

First off, there is this ingenious invention called the ice chest or cooler, which is portable and, with the help of a little bit of ice, will keep beverages cold for an entire 90 minutes.

Reason No. 4 – The Barnum and Bailey’s argument. I’m not talking about P.T. Barnum’s infamous words, “There is a sucker born every minute.” I’m talking about something else the circus has given us: the freak show. If soccer is worth watching for no other reason, watching just to see the crazy-looking people who play soccer should be enough.

I’m not saying everyone who plays soccer is a raving lunatic. Some players, such as Landon Donovan or DaMarcus Beasley, are perfectly well-adjusted human beings. However, there are some real freaks out on the pitch (soccer field). Take punk-rock-looking Clint Mathis, fully equipped with a mohawk and a dangerous finishing move. Or look for a minute at Columbia’s Carlos Valderama, with his bright orange afro and ball control that makes his hair look ordinary.

You could even take a gander further south to one of the greatest soccer players in the world, Ronaldo, from the World Cup Champion, Brazil. For one thing, he only has one name, like Cher or Madonna, which is kind of just a Brazilian thing, but still a little weird. Like Mathis, Ronaldo showed up at the World Cup this year sporting some sort of wedge-shaped hair growth on the front of his head. I’m not saying it looked good, but it was a lot of fun to make fun of.

Reason No. 3 — Warning: this next reason may not be suitable for everyone, so, if you are under the age of 17.

Reason No. 2 — While we’re on the subject of celebration, let me answer one of the naysayers concerns: the low scoring. Some people see low scoring as a problem; I see it as a reason to watch. With goal scoring as rare as it is in soccer, there are no rules against excessive celebration. Which makes for some pretty interesting celebratory dances. From Argentinians “rocking the baby” to the South Korean’s “Ohno dance,” in honor of the gold medal they lost to Apollo Anton Ohno in the winter Olympics, childish as it was, the dance was well thought out and kind of fun to watch.

And the No. 1 reason soccer could easily break into the households of Americans is: it’s not Olympic curling.

So, let’s see. Will soccer every be able to break into the “mainstream?” I’m not saying it will be like football on Sundays, but, between the over-the-top attitudes and the always-exciting celebratory dances and the fact that it’s not a bunch of guys sliding a rock across a sheet of ice and sweeping in front of it, it’s easy for me to see how futbol took over the rest of the world with such ease.

No, soccer will never really make it in America

First of all, let me say I think soccer is a great sport. On a global scale, it ranks as the world’s most popular sport, played on every continent, in countries large and small.

But despite the success of the United States World Cup team last month, the chances of soccer ever really hitting it big in America are just about nil.

Now, I’m not a part of the generation that grew up playing soccer. It was Little League and little else when I was a kid.

Back in my day, there wasn’t even soccer in high school, except for a two-week unit in gym class. Soccer was a game played by the British, the Germans and south of the U.S. border. We Americans played baseball, basketball, football and, in northern corners of our country, where I’m from, hockey.

Though I never played soccer, I’ve developed a great respect and appreciation for soccer over the years, admiring its athleticism and artistry. And, in that time, soccer has become bigger than Little League baseball in some parts of the country. Kids kicking soccer balls across fields of green are common sights on the American landscape.

But there are too many inherent elements that work against soccer capturing America’s fancy for much longer than the several weeks it takes to play out a World Cup tournament or the Olympic Games.

For starters, soccer is too slow-paced, some would even say boring, for America’s sports palate.

Boring to those people who don’t take time to understand the game. Offside isn’t as obvious to them as a 290-pound defensive linemen running into a 300-pound guard. All they see is a bunch of guys in white jerseys kicking the ball around, trying to keep it away from the guys in the dark jerseys.

They understand that the object is to score a goal, but little else. They don’t understand why they start the game with the clock at 00:00 and count up to 90 minutes. And the game doesn’t necessarily end then either. They usually play on for another few minutes until the referee decides it’s time to stop.

Americans don’t really understand what’s going on. Every once in a while, someone will kick the ball in front of the net. Everyone else will scramble for it, and, if they’re lucky, someone will put it past the goalie guy.

Which leads us to soccer’s second problem: there’s not enough scoring to satisfy America’s taste for the touchdown, the grand slam, the 3-point bomb. A game in which a 2-0 score is considered a blowout will never catch on here.

America slept through this year’s World Cup because it was played on the other side of the globe. And it will sleep through an hour-and-a-half of booting the ball around until somebody suddenly awakens it with the alarming roar of “Gooooooooaaaaaaaal! Gooooooooaaaaaaaal!”

Another reason soccer will never catch on in America is that a basic rule in soccer is you can’t use your hands. Americans hate that. We live in a touchy-feely society that absorbs stimulation through all its senses. It wants to taste the finest foods, listen to music through the finest quality sound systems and see the biggest sights and brightest colors, all in IMAX.

America is a hands-on, industrial country. We used our hands to build the greatest country in the world. What kind of sport is it that doesn’t allow you to use your hands? It’s practically darn right un-American.

Which leads me to my final point: soccer will never be as popular in America as baseball, basketball or football because we didn’t invent it.

We invented baseball, and it grew to become our national pastime for more than a century.

We invented basketball, and we have to remind the world that we own the sport each Olympic Games by stacking our team with NBA All-Stars.

We invented American-style football and will always prefer it to futbol. Football’s not to complicated, we can understand it. You get four downs to get a first down and the object is to move toward the end zone.

We can pretty much tell what the offense was trying to do on a certain play, and we can analyze it between plays with instant replay from all angles.

America loves football because it suits our lifestyle. We can make ourselves a sandwich during commercials and not miss a play. But grab a snack from the cupboard during a soccer game and you might miss the game’s only goooooaaaaaal!

So, sorry to say, soccer’s a great game, but it ain’t gonna make it in America. The U.S.A. is the only Superpower left in the world, yet a win over Portugal is considered a major upset. We beat Germany in two World Wars but we can’t beat them in the World Cup.

America doesn’t like to lose at anything. Until the U.S. is a soccer superpower, it’ll never play in Peoria; it’ll never make the American mainstream. 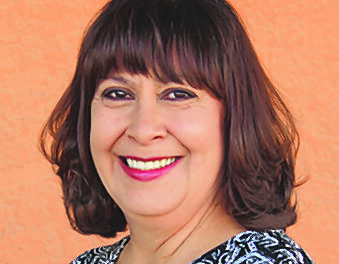 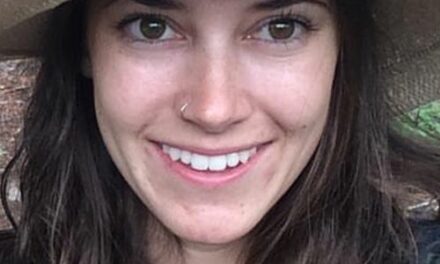 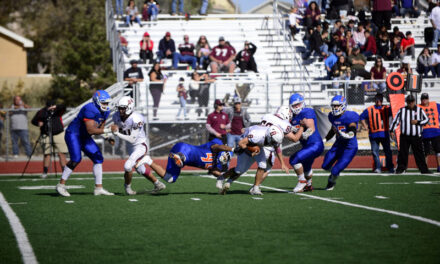