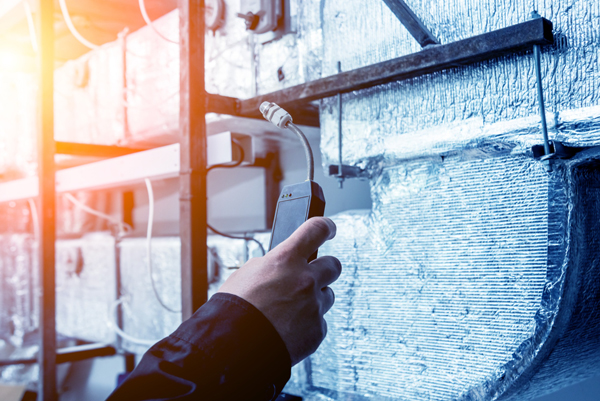 The source of a noxious odor that blanketed parts of Valencia County last Friday evening is still a mystery this week.

Calls about the odor began flooding in to the Valencia Regional Emergency Communications Center shortly after 5 p.m., Friday, Jan. 13, on both the emergency and non-emergency lines. Dispatchers fielded more than 200 calls from residents reporting a foul odor, which varied in description from natural gas to crude oil.

VRECC District Director Tommy Sanchez said dispatchers working during the center’s day shift stayed about an hour and a half past the end of shift to handle the call volume.

Rio Communities Fire Chief Andrew Tabet said the department responded to a call about the smell of gas on Goodman shortly after 6 p.m., but couldn’t find a definitive source.

“Myself and the Belen fire chief (Charles Cox) went out to Mesa Oil to investigate. There were numerous complaints saying that was the source,” Tabet said.

When the two chiefs arrived, there was a potent smell of gas but yard personnel said the company hadn’t been operating for several days.

“I went to the refinery part where they burn (the used oil) and it was cold to the touch,” the chief said. “We went out there with every intention of shutting them down if they were the source.”

By the time Tabet and Cox returned to the Rio Communities fire station, an additional 85 calls about the smell had come into the dispatch center.

“At 7:10 p.m., the gas smell covered three-fourths of the city,” Tabet said. “We ruled out BNSF, the high pressure gas lines in the area and in the city but we couldn’t find anything out of the ordinary.”

Tabet said when New Mexico Gas was initially contacted, Mesa Oil was singled out as the culprit.

“Eventually, they had seven techs looking in the area; we took one of their field supervisors out (to Mesa Oil),” he said. “It wasn’t them.”

Valencia County Fire Chief Matt Propp said calls initially came from the areas of Rio Communities, Belen, Jarales and Tomé, but as the night continued, the odor was reported in El Cerro and as far north as the village of Bosque Farms, an area of nearly 30 miles.

Personnel from the Rio Communities and Belen fire departments were dispatched first, then as the odor spread to unincorporated parts of the county, crews with the Valencia County Fire Department got involved in attempting to track down the source of the smell.

Local fire crews have limited monitoring equipment that can detect volatile organic compounds — VOCs — and elements that displace air, Propp said, “but we don’t have a ton of tech for natural gas, that’s why we brought in N.M. Gas detection crews. They were unable to locate a source.”

On Facebook, many county residents pointed the finger at Mesa Oil as the source of the foul smell.

“In the end, we couldn’t pinpoint a source,” Propp said. “Mesa Oil was shut down and not operating. The rail yard had no issues. The pipeline was fine.”

Crews spent the night moving from area to area looking for active issues, based on reports coming in from residents, Propp said.

“It’s one thing to have a four-block area pinned down, but when you have 30 square miles to find something, it’s tough,” he said. “It was moving. We’d get calls in Jarales. It would dissipate then someone on the eastern end of Rio Communities would call because it was strong over there. Then it would move to Tomé. We were chasing it — it was very frustrating on our end.”

Propp said eventually responders learned there was a heavy inversion layer — warm air that traps pollutants in an area — over the valley.

“There were reports of a strong odor that was making people sick, but we weren’t dispatched for medical,” he said.

If there had been an influx of patients, the chief said his department had been in contact with the University of New Mexico Hospital to set up a field casualty center manned by UNM Hospital emergency room doctors.

“It never got to that point,” he said. “In a way, we were lucky this happened in the winter so people could close their doors and windows. The summer would be a different scenario, asking people to turn off their ACs.”

Propp said if another odor incident occurs, if people feel sick and have headaches, they should try to leave the area.

A volunteer evacuation center was set up last week at the Daniel Fernandez Elementary gym in Los Lunas, but no one used the center.

As the inversion layer lifted, the odor dissipated with reports of mild, lingering smells over the weekend, Propp said.

“We’ve been in contact with NMED and it sounds like they are going to be in contact with the normal industry players on (N.M.) 304 and make sure everything is going normally there,” Propp said. “Our role was as a support agency. When it comes to things like emissions, that doesn’t fall under the fire departments. We rely on our partners in code enforcement and the state environmental department who do those parts.

“When we have an emergency, we respond. I’d say the agencies that responded went above and beyond. I also recognize we were in the public eye, putting out information and people want answers. We’re just as frustrated as everyone else that we don’t have an answer.”

Tabet said so far, nothing has been identified as the source of the odor, something that is very frustrating to everyone.

“Multiple jurisdictions have asked NMED to set up air quality monitoring, but not having a point of origin might make it hard for them to know where to set up,” he said. “Right now, there’s no definitive answer. We are following up, looking for anything unusual but it’s dumbfounding because we can’t give answers.” 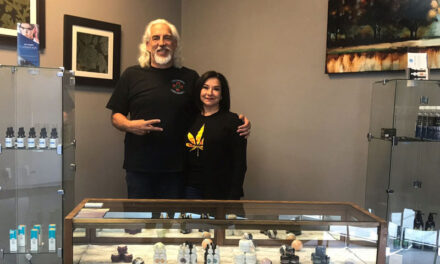