Training not chaining — that is the message town of Peralta resident Karen Kuehn wants to share now that chaining dogs is banned in the unincorporated areas of Valencia County.

While tethering is allowed in Peralta, Kuehn wants to let pet owners know there are ways to keep dogs confined to a property without a chain or expensive fencing.

Kuehn found she needed to be creative when she discovered a hound — Lucky Boy — she rescued three years ago was able to make short work of the 5-foot horse fence around her property and go explore the neighborhood.

It started with his desire to share lunch with a work crew at the neighbor’s house.

“He can just fly over this fence,” Kuehn said. 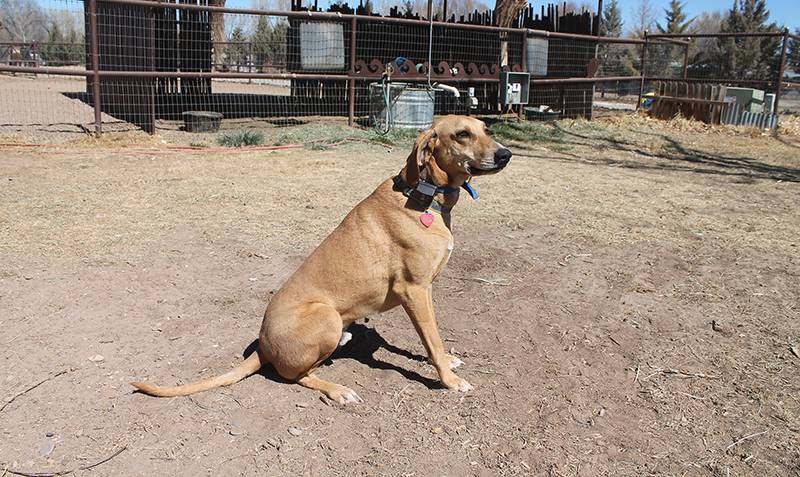 Julia M. Dendinger | News-Bulletin photo
Even though the battery in his collar is dead, Lucky Boy knows he isn’t allowed closer to the fence at Karen Kuehn’s Peralta farm. A firm believer in “training not chaining,” Kuehn installed an invisible fence to keep the hound on her property.

An animal wrangler and stills photographer on movie sets, Kuehn is often gone from home for long hours, and knowing Lucky might get out, end up hurt or hurting someone’s livestock or chickens was extremely stressful, she said.

“I did end up tethering him briefly. It is my responsibility to keep him in my yard,” she said.

After doing some research, Kuehn decided to invest in an invisible fence system, which is connected to existing electric sources on her property with two parallel lines forming a loop buried about 6-inches deep and four feet apart.

Kuehn had two stretches of fence she needed to keep Lucky away from that totaled about 1,100 feet, for a cost of about $1,300.

“I know that’s expensive, and it might not be an option for some people,” she said. “A smaller property would be less expensive. This has worked really for me … It took him about a day to understand where the boundary was.”

The system includes a collar that makes an audible sound and delivers a mild shock when the dog crosses the buried lines. Kuehn removed Lucky’s collar to demonstrate the noise but it remained silent. Even with a dead battery and nothing preventing him from crossing the invisible fence, Lucky remained an appropriate distance away from the property fence line.

“It’s about accountability,” she said. “If you really want an animal, you have to keep them safe.”

Dozens of county residents and animal welfare supporters, some coming from as far as the city of Rio Rancho, packed the Valencia County Commission meeting room on March 2 to offer testimony on changes to the county’s animal control ordinance.

The most significant change to the county’s animal ordinance are in regards to the restraint of animals, which requires animals be confined to an owner’s property, either in an enclosed pen with ample room for the animal to move freely, or with a fence or wall of sufficient height surrounding the perimeter of the property.

Tethering as a permanent or long-term means of confinement is no longer allowed in the unincorporated parts of Valencia County. Each of the five municipalities in the county have their own laws on tethering and chaining animals, which may differ from the county’s ordinance.

Animals may be kept on a leash or tether for short period of times, such as when they are in public, open spaces, such as parks, during an emergency, and only when the owner is immediately present.

Changes to the ordinance were approved by the county commission on a 4-1 vote.

While the majority of those who addressed the commission supported the anti-tethering part of the ordinance, some did not, concerned the ordinance couldn’t be enforced.

“The past year or so we’ve had a terrible problem with stray dogs,” said Elaine Nance, a resident of Meadow Lake for 17 years. “Nothing has been said about how this will be enforced. I’m told three (animal control officers) trying to cover the whole county … As for tying up dogs, I don’t have a problem with it, and some should be because otherwise they are running loose and some are quite vicious.”

Two nonprofits, New Mexico Dog and Animal Protection of New Mexico, have pledged funds to help residents with the cost of enclosures. At the March 2 meeting, Angela Stell, founder of New Mexico Dog, said the two organizations have raised about $11,000 to help with fencing costs in the county. Donations are being taken through the #UNchain Valencia County Dogs campaign on GoFundMe.

A resident of Jarales for 44 years, Jennifer Carrejo said it really comes down to the individual responsibility of the person who owns the animal.

“We need to hold people accountable,” Carrejo said. “I don’t believe in chains. If you want an animal, keep it in a fenced yard.” 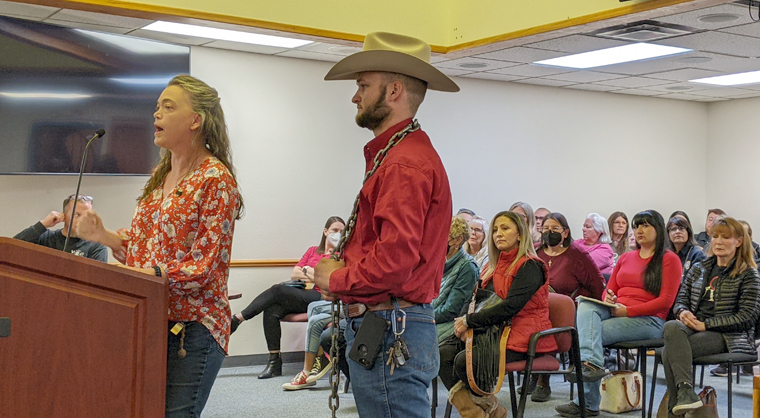 Sheena Zemke, a Tomé resident for six years, called the changes to the ordinance a pivotal time in Valencia County, saying she has seen year old puppies put on chains and then left there.

“They are never off. They are forced to live and die on that 6-foot chain,” Zemke said.

Valencia County Animal Control Director Jess Weston noted most of the opposition to the ordinance was based on the increased fees the commission approved last month. The fees are separate from the ordinance, in a resolution, that can be reconsidered by the commission at any time.

“The main concern I am hearing from them is fees, not chaining. My children like to race dirt bikes and play volleyball and that costs money. I spend money to do things with my children. That is the cost of doing what I want to do,” Weston said. “There’s a cost to doing what you like doing, whether that’s riding dirt bikes or owning animals.”

Increasing the punitive fees for dogs running at large and other offenses will give the ordinance the “teeth” it needs to make offenders take violations seriously.

“When we’re standing in front of the judge and our officers are prosecuting a case, the judge asks what the fee is. We say $10 or $15,” Weston said. “The judge hands them the fee and (the offenders) laugh and walk out the door. If we don’t have teeth, we won’t ever get in front of the problem.”

Acknowledging the new ordinance was a huge change for Valencia County,
Weston said that’s why he was there.

“I’ve been doing this since 1998. I have made this my whole life,” he said. “We need to do what’s right for animals in Valencia County. We need to set the bar. Why not be in front of something? Why be last?”

Weston said there would be a grace period for enforcement of the ordinance, during which the department would be conducting education, outreach and providing resources to the community.

“We want compliance, so that’s probably what we’ll be doing for the rest of this year — focus on education and outreach,” he said. “We drive past houses with a beautiful fence and they leave the gate open. It doesn’t cost anything to close it. There’s a hole in the fence? Let’s fix it and get your dog off a chain.”

Commissioners Joseph Bizzell, David Hyder, Gerard Saiz and  Jhonathan Aragon voted yes, and Troy Richardson voted no, saying he would have liked to see something different.

The changes to the ordinance will take effect on April 2. 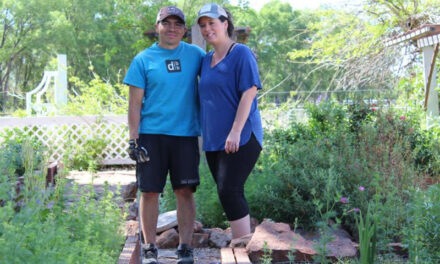 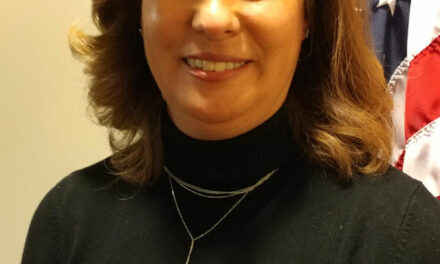