Planning for a county hospital is moving forward with two public workshops to discuss the request for proposal the Valencia County Commission will issue for the project.

“One topic we aren’t going to get into is location. It’s already been decided that’s up to the provider, so we’re not really going down that path,” Saiz said. “We want to hear people’s thoughts on services, but a lot of that will be up to the provider — what they see as needed services and how they plan to add enhanced services in the future.

“This is an important subject and there should be public input as we move forward. I hope we have a lot of good ideas from the public and my fellow commissioners.”

At the Wednesday, March 1, meeting, county commissioners considered an agreement with the state Department of Finance and Administration for a $50 million appropriation to plan, design, construct, equip and furnish an acute hospital in Valencia County.

The meeting was held after News-Bulletin deadline, so whether the commission approved the agreement was unknown as of this writing.

If approved, the agreement called for an initial disbursement of 10 percent of the funds — $5 million — at the county’s request, with the rest disbursed through a reimbursement process. All reimbursement requests have to be submitted by July 15, 2025.

The agreement also requires the county to file quarterly reports with DFA.

In December, Gov. Michelle Lujan Grisham signed legislation allocating $50 million for construction of an acute care hospital in a county with a population of less than 100,000.

During the special 2021 special legislative session, New Mexico legislators approved House Bill 2, which made a one-time allocation of $50 million to DFA to plan, design, construct, equip and furnish an acute care hospital in a county with a population of less than 100,000, according to the most recent federal decennial census.

Once the agreement with DFA is finalized, the county commission will issue an RFP for a provider to run the future health care facility.

The RFP will incorporate the county’s recently-completed feasibility study so potential providers can evaluate the findings themselves.

A second RFP will be issued by the county for architectural services, engineering and construction, Saiz told the News-Bulletin last month.

“Since the county will own the facility, the provider will buy the land and sign it over to the county,” he said. “We can’t put a building up on someone else’s property due to the anti-donation clause.”

Once the facility is complete, the provider will lease it from the county.

Funds for the operation and maintenance of a future hospital facility were collected from county taxpayers in the form of a mill levy that was collected from 2007 to 2014. So far, it has amassed more than $26.6 million and is held in an interest-bearing account at Bank of the West. 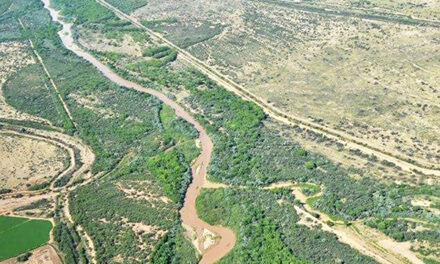 MRGCD says irrigators are taking it one day at a time