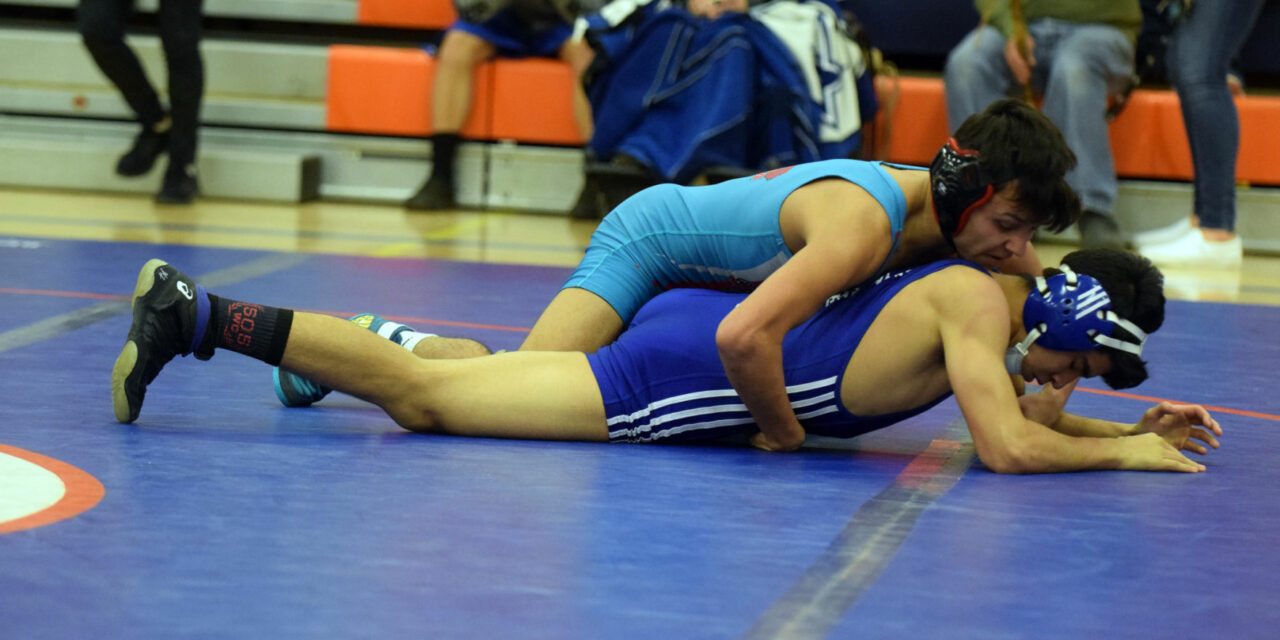 Los Lunas hosted Valencia and Goddard in Valencia County’s first district dual of the prep wrestling season, and both the Jaguars and Tigers came out strong.

The first dual was between Los Lunas and Goddard.

Los Lunas beat the visiting Rockets 69-9. Many of the lightweight matches were forfeited by Goddard, but things soon picked up.

145-pounder Matthew Gurule kicked things off for Los Lunas with a pin at the 1:52 mark in the first period.

The Tigers went on to win five of their next eight matches, giving them a decisive victory.

Valencia dualed Goddard next. Like Los Lunas’ dual against Goddard, many of the light and middle weight classes were called due to a lack of wrestlers. By the time the 160-pound division hit the mats, Valencia already had a commanding lead.

Heavyweight Angel Cordova wrapped the Jags’ dual with the Rockets with a pin at the 1:10 mark in the second round. The Jaguars beat Goddard, 57-18.

The Tigers and Jaguars capped the meet with a rivalry dual. Los Lunas topped Valencia 52-15 after thirteen matches — three of which were forfeited by the Jaguars due to a lack of wrestlers. 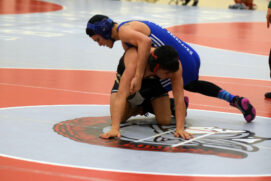 “We had some matches I thought we could have done a little better in,” said Chavez. “There were some good things. We’re 2-0 in district now and have three more district teams to dual. We beat a couple of state-placers tonight. That’s what you want to do.”

Valencia head coach Nick Sanchez said the Jaguars performed well and was not overly concerned about the loss to their rivals at Los Lunas.

“Los Lunas is one of the top programs,” said Sanchez. “We were trying to battle our way through. We should have won some of the matches that we lost. We just need to improve — to get more guys and improve.”

Meanwhile, Belen travelled to Santa Fe for a dual against Capital. The Eagles came home with a 58-24 victory over their opponents.

All three county squads wrestled in the Bernalillo duals.

A few of their usual varsity wrestlers weren’t able to participate in the meet, and that opened the door for others to prove themselves.

In the final round of the duals, Belen edged Los Lunas 40-34.

“We wrestled well and stepped up in the championship,” said Belen head coach Lee Chaves. “There’s a lot of improving to do, but we’re still a dangerous team.”