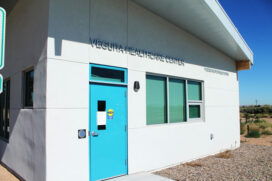 The Veguita Healthcare Center closed in July, but new funding will allow it to reopen on a limited basis.
Julia M. Dendinger | News-Bulletin photo

VEGUITA—It’s been closed for lack of funding since July, but thanks to a series of teleconferences and in-person discussions between the state, the Socorro County Commission and Presbyterian Medical Services, the Veguita Community Health Center in is set to reopen.

At the Oct. 30 commission meeting, a contract with PMS was approved, giving the green light to move forward with the re-opening. Commission Chair Martha Salas hopes that will happen before Thanksgiving.

The Coronavirus Aid, Relief and Economic Security Act is a $2 trillion economic relief package passed by Congress and signed into law on March 27.

“Rep. Gail Armstrong was a big player in this,” Salas said. “She is on the Health and Human Services Committee and helped tremendously.”

Salas said the clinic would most likely be limited to two, eight-hour days a week to begin with.

“This would keep it operating for one year, but it’s possible we could get funding from other sources to allow it to be open more than two days a week,” she said. “What needs to happen is more patients coming in the door. The president of PMS came down and explained to us that we have to have a certain number of patients every day to be financially sustainable.”

Her hope long-term is to have the clinic be open every day.

“We don’t want to see a situation where if someone is sick on a day the clinic is not open, they’ll be going to Belen, instead,” Salas said. “But it needs more patients on a regular basis. The Boy’s Ranch would use it regularly, I know.”

The CARES Act funding was approved through the state’s Department of Finance and Administration, but not without some prodding from Armstrong.

“Every time there was a health committee meeting I brought it up,” Armstrong said. “They were talking about expanding to more clinics in rural New Mexico and I said how about supporting the ones we already have that are closing?”

She said Socorro County Manager Michael Hawkes was also instrumental to the process.

“We’re also trying to get money through the Rural Primary Health Care Act. That’s where some of the funding for the Magdalena (clinic) comes from,” Armstrong said. “That would be from DOH specifically for the Veguita healthcare clinic, to keep it open and take some burden off the county.

“The one thing I’m trying to push for is to make sure to have a Medicare/ Medicaid advocate there to help people get signed up,” she said. “PMS did have one there before and I’d like to see more people sign up.”

Another possible source of funding is a grant under the Department of Labor.

According to a DOL press release, “The H-1B Rural Healthcare Grant Program is designed to alleviate healthcare workforce shortages by creating sustainable employment and training programs in healthcare occupations (including behavioral and mental healthcare) serving rural populations that are scalable and replicable after this funding expires.”

The search for new funding began in July, the same day the clinic closed, Hawkes said.

“The minute it closed we started looking at possible grants that existed, possible funding, because we have a desperate need for rural health. Not only the day-to-day issues but other emergency issues,” he said. “Once we did that we were able to bring people to the table to identify our needs and help us with funding. We had several people working on it.”

He said it took the combined efforts of Armstrong, U.S. Rep. Xochitl Torres Small and Sec. Kathyleen Kunkel of the state’s Department of Health to get the clinic doors open again.

“And I was ‘banging on doors,’” he said. “Part of the reason for closing was a lack of funds due to COVID-19 issues. So, under the CARES funding, DOH recognized that they could come up with some funds to assist us.”

Leo Mendoza, a community activist who helped make the clinic a reality, said he’s thrilled the clinic will reopen.

“I want to thank N.M. Rep. Gail Armstrong and U.S. Rep. Xochitl Torres Small and the staff of the governor for working together,” Mendoza said. “It sets an example that working together gets things done.

“All the projects that I’ve been involved with have been working with both Democrats and Republicans, and that’s what it takes for the community. I thank the people who were players in getting the funding to reopen the clinic.” 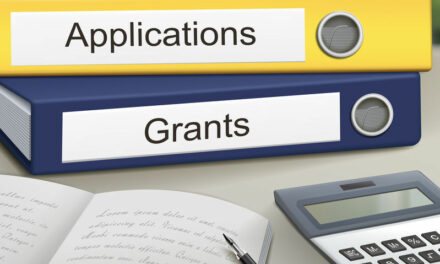 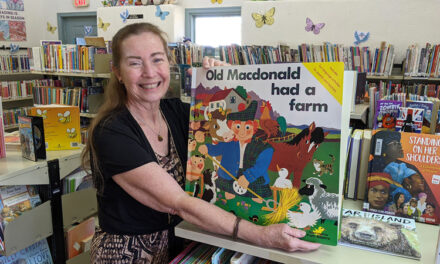