“This is not a power plant. It’s not a correctional facility,” said Nick Romero at Tuesday’s Valencia County Commission meeting in Los Lunas. “I don’t see how this can be opposed,” Romero said.

Chairman Al Padilla and the commissioners favorably received Romero’s proposal, and Padilla recommended it be put on the agenda to be discussed at a future meeting.

Romero, a former president of the Belen Chamber of Commerce and a lifelong resident of the county, pointed out that he is not suggesting a cemetery for his own private benefit. “I represent no developer. I come as a private citizen,” Romero told the commissioners.

He has already started a petition in favor of the project, and said, “Our goal is 10,000 signatures.”

“The issue of a new cemetery is all the more urgent, as we are now rapidly approaching maximum capacity at the Santa Fe National Cemetery,” said U.S. Sen. Pete Domenici (R-N.M.) in a special statement to the News-Bulletin on Friday. “The solution I am seeking is to designate a new national cemetery in the middle Rio Grande region.”

Billy Jones of Belen, state commander for Disabled American Veterans (DAV) in 2001, thinks it could take five to 10 years to get a national cemetery approved by Congress. It also has to go through Anthony Principi, secretary of veterans affairs in Washington, D.C.

Commissioner Frank Pando, a veteran himself, fully supports the creation of a veterans cemetery here.

“We have more Bataan Death March survivors than any other county,” Pando said, referring to the infamous World War II forced-march in the Philippines. “I fully support this resolution.”

One possible location for the cemetery, as suggested by Commissioner Alicia Aguilar, might be the Grasslands, a large tract of land located just north of the Los Lunas exit and west of Interstate-25. Wells located on that land could be used to support grass and the planting of cottonwood trees. People have also offered to donate land.

The proposed cemetery would offer economic opportunities for the county. Romero estimates that there would be eight to 10 interments daily, and visitors would need lodging and places to eat, he said. But beyond the economic benefits, Romero said he has a higher motive.

“We’re not only honoring the dead in this,” Romero said in a telephone interview. “We are honoring our living veterans.”

Other considerations for having a veterans cemetery here would be that it’s close to Albuquerque and has milder winters than Santa Fe.

“I’ve gone to some of the burials in Santa Fe, and it’s a pretty long drive, especially in the winter time,” said Martin Sisneros, president of the DAV, Luperto Garcia Chapter 29, which has more than 300 members in the county.

“I think this is something everybody could support,” Sisneros said.

“There’s a lot of competition,” veteran Ruperto Baldonado said. He’s a member of a Korean War Veterans group. “The other day, we had a meeting with Heather Wilson.

“Anywhere around Belen or Los Lunas would be a suitable place for it,” Baldonado said. “It’s the hub, and I think it would be accessible to everyone from every corner of the state.”

Sisneros recommended that people write Sen. Domenici and express their support for a veterans cemetery in the county.

The Los Lunas Village Council offered its support to the cause Thursday night. Mayor Louis Huning said the council will take action and vote on a resolution at its next meeting.

“We will do whatever we can to support this project,” Huning said.

Romero told the Los Lunas Council that he hopes to present three or four site locations for the Veterans Administration to consider. Pando, who attended the council meeting, added, “Los Lunas is such a successful town. This would put a feather in the hat of Valencia County.”

If the veterans cemetery was to be located in Valencia County, Romero said, the site would expand the opportunity for local goods and services. “It’s a win-win situation. When visitors come to attend services, they will need food, gas and lodging. The economic benefits are endless.”

Romero invited the village council to appoint a representative to serve on the cemetery committee dedicated to honoring veterans.

“It’s an exciting idea,” Councilor Robert Vialpando said of the project. “I’m definitely in favor of it.”

Councilor Gerard Saiz commended Romero and Pando for taking on the cause while Councilor Cecilia “CC” Castillo said, “This is a great example of how, together, a community can do a lot of positive things.” 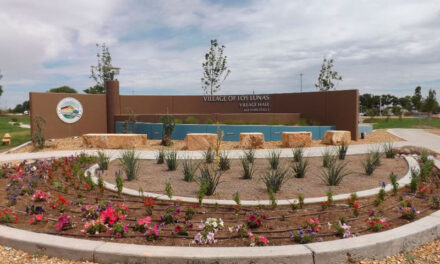 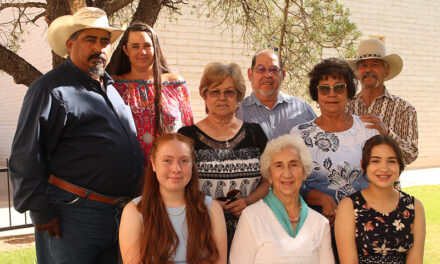 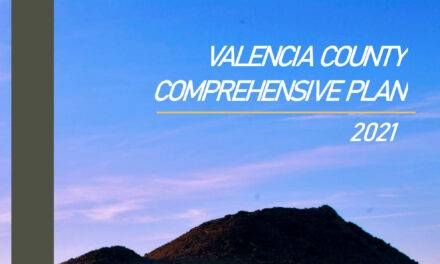