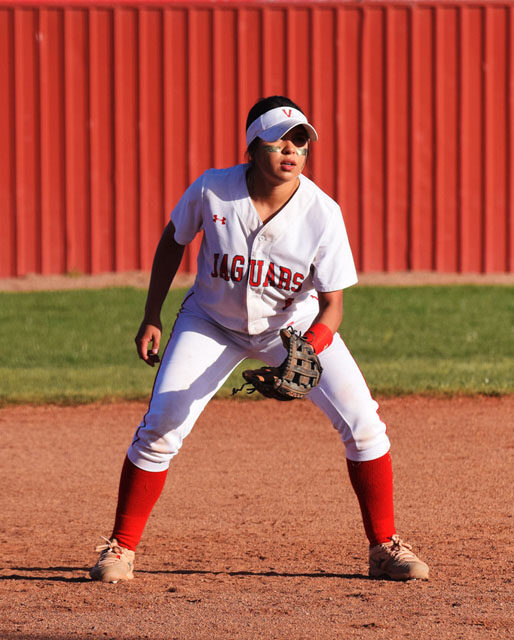 Former Valencia softball standout Lexi Vigil has committed to the University of New Mexico to continue her softball career.

Vigil spent the last two years at the College of Southern Nevada, a junior college that competes in region 18 of the National Junior College Athletic Association.

“I hate to see Alexis leave CSN but I am confident in her ability to be successful at the next level and I know that she is going to do great at New Mexico,” head coach Ashley Johnston said in a release.

Vigil was the starting shortstop for the Coyotes in both of her seasons there and was a second team all-region selection in 2019.

Due to the COVID-19 pandemic cutting the 2020 season short, Vigil could have remained at CSN for one more season if she so chose.

Instead, she will have three years of eligibility at UNM.

In the shortened 2020 season, the Coyotes went 8-13 with Vigil the only player to start every game.

In the first eight games of conference play, it seemed like the bat was finally starting to get going, as her average was .273 in Scenic West Athletic Conference action.

Despite her slow offensive start, she was nearly flawless defensively, committing only three errors in 70 total chances, by far the highest number of opportunities on the team.

While at VHS, Vigil earned multiple All-Metro recognitions from the Albuquerque Journal, including being selected to the first team as a senior.

She appeared in varsity games in five different seasons, including in her eighth grade year.

She also made her impact felt on the basepaths, as she stole 35 bases on 39 attempts as an upperclassman.

Vigil’s commitment to the Lobos was announced via Twitter on May 28 by Jaguars head coach Jeff Young.

The Lobos are lead by UNM alumnus Paula Congleton, who will be entering her fourth year in charge of the program.

In the shortened 2020 season, the Lobos went 11-15. Vigil will officially become the fifth member of the 2020 recruiting class when the university announces her addition.

Until that time, the UNM coaching staff is unable to comment on her due to NCAA regulations.

UNM has five seniors this year, who have the option to return for another season if they so choose.

Vigil, along with fellow 2020 signee Savana Martinez, will push the number of New Mexicans on the Lobos roster into the double digits.

Among those seniors whose status is uncertain is shortstop Cameryn O’Grady, whom Vigil could concievably be asked to take over for in the event that O’Grady does decide not to take advantage of her extra year. 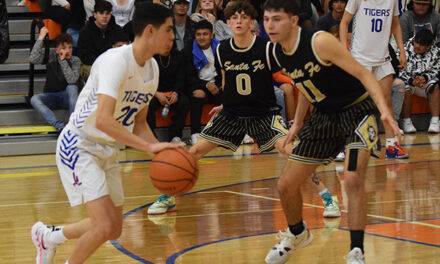 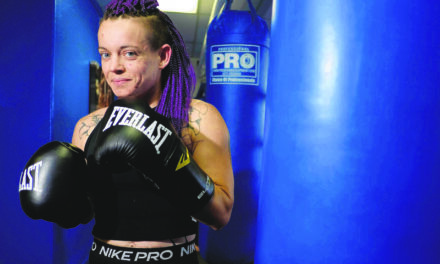