Violent crimes on upswing in county

(First in a three part series)

Police officers in Valencia County are busier now than ever before. One of the reasons may be because of an increase in violent crimes in the county.

According to crime statistics provided by each law enforcement agency within the county, violent crime seems to be on an upswing in the county.

“Violence in Valencia County is steadily growing,” said Valencia County Sheriff Juan Julian. “There’s no doubt about it and the statistics show it. I think it’s due to the fact that we have an increase in population and people’s state of mind, at times, has changed.”

The number of homicides the sheriff’s department investigated last year dropped from nine in 2000 to four last year. Julian says he doesn’t understand why the numbers decreased but said it was a relief to see that the count went down.

“The reason for the decrease is hard to figure out, but homicide isn’t a preventable crime,” Julian said. “Who knows when it’s going to happen, and it’s hard to instruct or train your people to try and prevent them.”

“If you have repeat violent offenders, and you prosecute those people to the fullest extent of the law, then maybe you have prevented a homicide,” Skotchdopole said. “Maybe by making a drug arrest out there and removing them from the streets, then again, may be we could prevent a homicide. I believe if you concentrate on certain areas, then you can take care of other types of crimes.”

“It’s really hard to say what exactly took place, but domestic violence can get out of hand and something like this could happen,” Balido said.

Bosque Farms maintained the homicide rate at zero in the past several years. Police Chief Louis Burkhard said he believes the reason the village doesn’t experience crimes like homicide and rape is due to the demographics of the area.

“We’re insulated from Albuquerque, somewhat, and from other parts of the county,” he said. “I think it also has to do with the fact that we only have one bar in Bosque Farms and the police presence in a small community.”

“The only way you can prevent a crime like this is to educate the public what to watch out for and what to do and not to do,” Julian said. “Women need to be more aware of their surroundings and be very aggressive in taking care of themselves if they are attacked.”

The number of rapes reported to the Belen Police Department fell from seven in 2000 to three in 2001. Los Lunas police investigated twice as many sexual penetration cases last year compared to the year before. In 2001, police in Los Lunas had seven cases and three in 2000.

“People are reporting more rapes these days,” Balido said. “Most of the rapes that have happened here, the victim knows the offender.” Balido said the most common type of rape in the village is called date rape.

According to the statistics, three of the four different law enforcement agencies saw a rise in assault and batteries last year. The sheriff’s department responded to more than twice as many cases last year as the year before.

“In this modern time and age, people are reporting more than they used to,” Julian said. “Assault and batteries are from people arguing with each other to road rage to violent incident. People now realize that depending on the judicial system and law enforcement, they do have rights and they are protected.”

The Belen Police Department experienced a slight increase in assault and batteries from 275 in 2000 to 297 last year, an eight percent increase. Skotchdopole said a lot of the cases are domestic violence cases.

“Belen hasn’t become more violent,” Skotchdopole contends. “Assault and battery includes everything from simple assault to someone cutting someone off in traffic and they extend a finger to someone to domestic violence.”

Skotchdopole said his department is seriously looking at the domestic violence issue in Belen. “A lot of the times, homicides are a result of domestic violence, and that’s another area where we’re making a lot of progress.”

Balido said a large factor in the numbers has to deal with domestic violence issues in the village. “Yes, it’s getting reported more often than it used to be,” he said. “Whether it be males or females, they’re reporting it, regardless if it’s simple assault or not.”

The police chief in Los Lunas said he’s noticed a change because in year’s past, there weren’t any laws to protect victims of domestic violence.

“Now, law enforcement can do something about it and we can track it,” he said. “I feel people are more trusting in the fact that police will be there and they will have documentation about an incident.”

Bosque Farms Sergeant Joe Stiedham said the reason why assault and batteries were fewer last year in Bosque Farms compared to the year before is because of the increased police presence in the village. There were a reported 34 incidents of assault and battery cases in 2001 and 49 in 2000.

“Over the past few years, we have seen an increase in police officers in Bosque Farms,” Stiedham said. “There is a more of a police presence out there. I’m not saying that this particular crime could be avoided, but since we’re out there, it could help.”

Bosque Farms also experienced a decrease in the number of robberies last year, compared to the year before. In 2001, there were no robberies; in 2000, police officers investigated four robbery cases.

“We definitely believe that robbery is a preventable crime,” Burkhard said. “That’s something we stress amongst our police officers. We do heavy residential patrols, and we give equal time in the business section along the boulevard.”

Belen had the highest number of robberies in 2001. They had 23 robberies last year compared to 20 in 2000. Skotchdopole said he attributes the increase to “visiting robbers.”

“They were people from Albuquerque who were robbing a couple of our banks,” he said. “The pressure was on at the banks in Albuquerque, and they simply came down here and committed bank robberies down here.”

One of the suspects apprehended and charged with the Wells Fargo Bank robbery was the infamous “Pinocchio Bandit.”

Los Lunas also had more robberies last year. There were 13 reported robberies in 2001 and 10 reported the year before. Balido also credits suspects from Albuquerque for the majority of robberies committed in the village.

“I believe one factor may be the accessibility to the freeway and to main street,” Balido said. “They may feel we’re an easy target because they can get lost in the traffic.

“Our proximity to Albuquerque is also a factor,” he said. “They get pushed out of that area and everyone knows who they are, so they move to our communities.”

The sheriff’s department also saw an increase in robberies last year. There were 17 reported robberies in 2001 compared to 12 in 2000.

“I think most of the cases we’re having to deal with are the same individuals over and over again,” Julian said. “That’s the reason for the increase.” 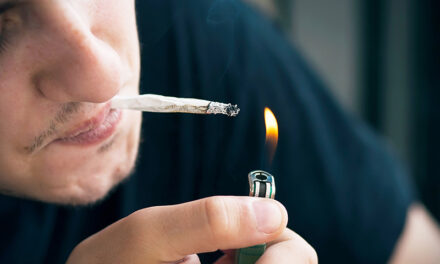 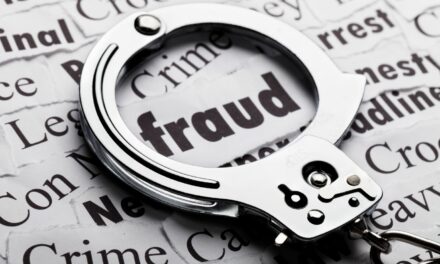