Wedding at the Bugg Lights Museum

BELEN — Under the starry skies and lit-up water tower, surrounded by thousands of twinkling lights and Christmas decorations, and standing in front of the blessed nativity, Annabelle Perez and Jesse Acosta were united in marriage at the Bugg Lights Museum — a reminder of the first date the two shared. 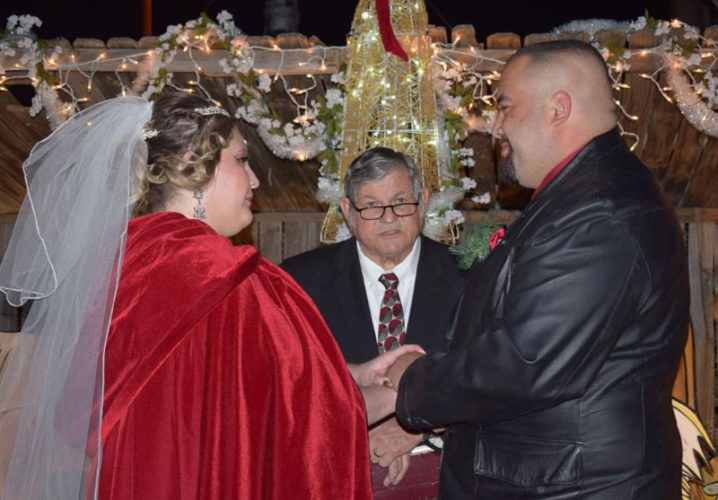 Pastor Boyd Morerod, center, joins Annabelle Perez and Jesse Acosta in marriage at the Bugg Lights Museum in Belen on Dec. 19. The couple decided to wed at the site of penguins and Christmas cheer to commemorate the location of their first date.
Clara Garcia | News-Bulletin photos

Pastor Boyd Morerod, center, joins Annabelle Perez and Jesse Acosta in marriage at the Bugg Lights Museum in Belen on Dec. 19. The couple decided to wed at the site of penguins and Christmas cheer to commemorate the location of their first date.
Clara Garcia | News-Bulletin photos

Acosta and Perez grew up in Valencia County — Acosta in Los Lunas and Perez in Belen.

Perez said her friends played match-maker and introduced her to Acosta at a Thanksgiving dinner in 2015. She was shocked to find out Acosta had never been to the Belen Harvey House Museum or to see the Bugg Lights, so the couple went to the light display when it was still at the Harvey House.

“I love Christmas and I love the Bugg Lights. I think stuff like that is really cute and timeless,” Perez said. “It’s what makes the town feel really special.

“All of our first memories together just screamed Christmas, so that’s what made us decide to hold our wedding there.”

About a year into their relationship, the couple brought home Perez’s goddaughter, Mia. She was less than a year old and was born premature at 26 weeks and weighed about 14 ounces.

“She was in the hospital a lot the first year of her life,” Perez said. “She wasn’t able to be touched for three or four months.”

Perez said Mia’s birth parents were having a difficult time taking care of her, so that’s when she stepped in and offered to adopt her.

“The six months that she was in the hospital, I told Jesse he can either stay or leave. I don’t expect you to adopt a baby. He said he wouldn’t let me go through it alone,” Perez said.

Because Mia was born prematurely, it came with many complications to her health.

“The doctors told us she was a miracle. They said she wouldn’t live many times,” Perez said. “They had to put in a feeding tube and trachea (tube), though no one in New Mexico would put in the trachea. We had to go to the Children’s Hospital in Denver.”

The couple opted for an open adoption because they have a good relationship with the birth parents. Perez said both she and Mia’s birth parents have large families, and are happy Mia gets to experience love from her whole family.

While Perez attends school and works, Acosta stays home with Mia as she needs full-time care.

“What I love most about Jesse is his consistent willingness to put my needs above his own,” Perez said. “Little things and big things like becoming a stay-at-home father when we needed one, and volunteering to quit his job so I could pursue something I desired. He genuinely did this without a second thought.”

Acosta said Perez loves children and because of what she does for a living, it made sense that they would bring Mia home. 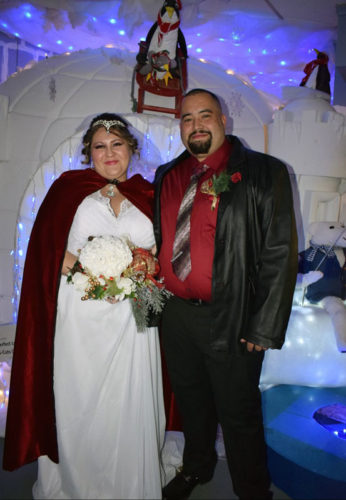 Under thousands of Christmas lights and decorations, Annabelle Perez and Jesse Acosta tied the knot at the Bugg Lights Museum in Belen. The couple were surrounded by family, friends and many of the animated and holiday creations made famous by the Bugg family, who donated the exhibit to the city of Belen.

Under thousands of Christmas lights and decorations, Annabelle Perez and Jesse Acosta tied the knot at the Bugg Lights Museum in Belen. The couple were surrounded by family, friends and many of the animated and holiday creations made famous by the Bugg family, who donated the exhibit to the city of Belen.

“I wanted to do social work, I love working with people,” Perez said.

“My goal is to have my own private practice and be able to do therapy here in town,” Perez said. “I think it’s really hard to get psych services down here, so I want to be a psychiatrist so patients can come get their medications and therapy.”

She currently works for Catholic Charities of New Mexico as a housing manager.

“We work with people who come from being homeless, give them two years of assistance and work with them on becoming self-sufficient.”

Perez’s employers have allowed her schedule to be more flexible with all the care Mia needs.

Because doctors have told the couple Mia requires a lot of equipment for her health and a lot of supervision, the couple hopes to open up a car shop from out of their house.

“I want to get more into tuning vehicles and turn it in to performance shop since we don’t really have one of those down here,” Acosta said.

When Mia first came home with the couple, they were told to avoid very public places because she doesn’t like loud noises or busy places. Perez said they took Mia to the Bugg Lights Museum during the day because it’s usually calm and quiet.

“Ever since our first date, we’ve gone back every year and added Mia and nieces and nephews to the trips,” Acosta said.

The couple both agree that bringing the family together was at the heart of planning their wedding. Family and friends have helped them make the wedding planning and decorating possible.

Perez’s uncle, Rudy Jaramillo, who owns Rutillio’s, catered the wedding, and a friend from out of state was traveling down to provide the cake.

“I’m not going to put down chairs or anything like that. I just want something really small,” Perez said. “The ceremony will be short and sweet, and the reception will be back at our house to show everyone how Jesse has been fixing it up.”

Because Acosta is home with Mia, the two have formed a close bond and her first word was “daddy.”

“Our love is shaped around her,” Perez said. “We got to be parents before our relationship grew so much and that’s what made it stronger.” 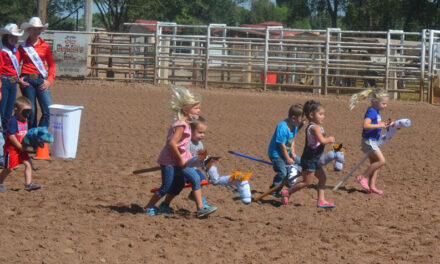 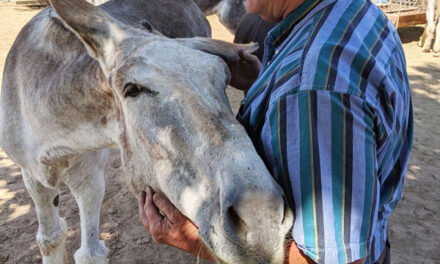