LOS LUNAS — A collection of photos taken by historian and retired UNM professor Richard Melzer of The Weirdest, Most Creative Mailboxes in New Mexico will be on exhibition beginning Saturday, Jan. 18 until Feb. 22 at the Los Lunas Museum of Heritage and Arts.

Melzer said the inspiration for the collection of about 50 photos came during his travels around the state. 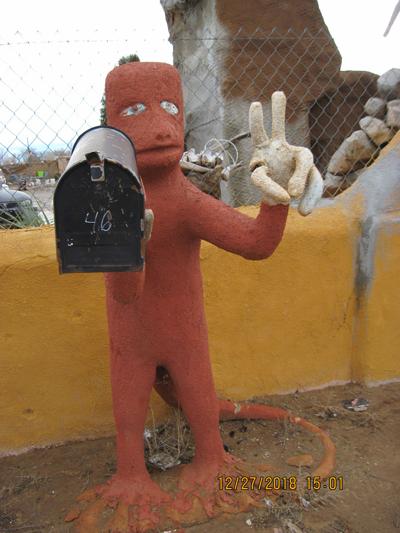 “New Mexicans are very innovative people. They are artistic and that reflects in the mailboxes, and they have a great sense of humor,” Melzer said.

He said the mailboxes can reflect the culture depending on where they are. If he sees one decorated mailbox, there’s a good chance he’ll find another within the same neighborhood.

“It’s like when neighborhoods compete with Christmas displays; they try to outdo one another. It’s wonderful,” Melzer said with a chuckle.

Melzer has been collecting these photographs over the span of 20 years during his travels.

There will be a few mailboxes from Valencia County displayed in the exhibit, such as one in El Cerro Mission where there is structure shaped like an alien holding mailbox.

Melzer said he knows of about 10 mailboxes along N.M. 47 that are unusual or outside of the norm.

“People love talking about their mailbox,” Melzer said. “People will see me taking photos and come out to tell me about the inspiration for it and how they got the materials they used.”

He hopes his exhibit will begin conversations with other people who want to share stories about their unique mailbox.

“It’s like fishing. You just put your line out there and see what you get. Sometimes you get nothing but sometimes at the end of the day, you get everything,” Melzer said. 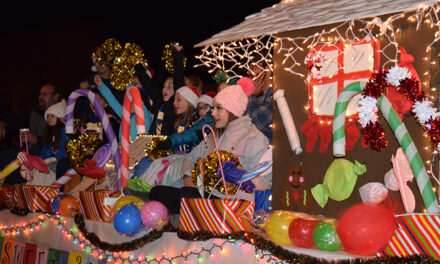 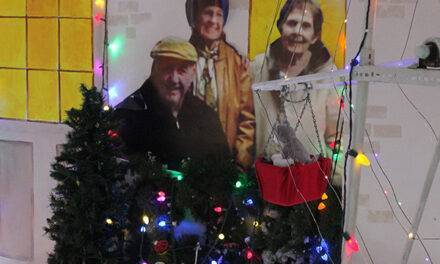