Navajo Code Talkers have been waiting more than half a century to finally have their story told, but the movie “Windtalkers,” now in the theaters, is a big disappointment in some ways.

Most Navajos (Diné) interviewed –including two of the original code talkers — thought that “Windtalkers” could have focused more on what the code talkers did, rather than on star Nicholas Cage, who portrayed Marine Pvt. Joe Enders, an Italian American from Philadelphia.

“They should have shown more talking on the radio and more message sending,” said Joe F. Price, 84, a code talker who served in the U.S. Marines, Second Division, from 1942-45.

“We were on the radio day and night,” Price said of the code talkers, who had to alternate duty in order to keep the radios manned full-time.

The Japanese never broke the code during World War II, and the service of the code talkers as well as the code itself were kept classified until 1968.

More than 400 Navajo code talkers enlisted. The code was credited with saving thousands of U.S. soldier lives and, ultimately, winning the war.

“Windtalkers,” just released on June 14 and playing to packed weekend-audiences at the Starlight Cinema in Los Lunas, centers around combat action against the Japanese on the South Pacific Island of Saipan, where Price saw action with the Marine headquarters battalion. He also fought on Okinawa and Nagasaki.

“I would say 75 percent is what happened and 25 percent is fictionalized,” Price said when asked if the movie version accurately described his experience on Saipan.

Born in Ft. Defiance, Ariz., where he now lives, Price joined the Marines when he was 24. He had four children at the time — two girls and two boys.

“I’m glad that I served with my language,” Price said in a personal interview in Ft. Defiance.

For the Diné who served as code talkers, the chance to use their language contrasted sharply to the times, when they were punished for speaking Diné at the boarding schools.

Adam Beach, from the Dog Creek Reserve in Canada, plays the main code-talker role of Ben Yahzee, a young Marine private from Monument Valley. In one brief line, Yahzee explains to his bodyguard, Joe Enders, that he was once tied to the radiator in the boarding school basement as punishment for speaking his native language.

“I’m glad you’re speaking your language now,” Enders replies, which is the limited attention that idea gets during the entire movie.

The movie is seen mostly through the eyes of Enders, who is actually given orders to kill Yahzee in the event of capture, in order to keep the Japanese from getting the code.

Price and other code talkers verified that order was indeed true. Price said he never saw his bodyguard.

In playing Yahzee, Beach had to work extra hard to learn some lines in Diné, because it is not his native language.

Casting Director Mindy Marin interviewed more than 400 young Diné without finding anyone suitable for the role.

“They couldn’t find any Navajos to play Navajos. That shows you something’s wrong,” said Ralph Davis, a Choctaw-Navajo, who grew up on Diné land. His brother Willie is a Vietnam veteran.

There are only 100 living code talkers from the original 400, and Price pointed out that most of them are too old to play the role.

Willie, who plays Charlie Whitehorse, never acted before yet gave a credible performance in the limited role.

His big scene involves taking out some Japanese with some crafty knife work when the American position inside the island gets attacked.

At other times, he is seen playing a Native American flute, during brief moments between the action.

“I think it would be boring if they covered everything that the code talkers did,” said Samuel Billison, 77, president of the Navajo Code Talkers Association.

The Marines never pull rear echelon duty, explained Billison, who enlisted at 17 with the Marines’ Fifth Division, right out of Albuquerque Indian School. Billison found himself in the thick of action in the Battle of Iwo Jima.

“Especially the first day, there were a lot of casualties,” Billison said. “Those islands were just packed with Japanese.

“I think this movie will be a lot of education for a lot of people,” Billison said. “They will know who the code talkers are.”

Many Americans are unaware that 44,000 Native Americans served in the military during World War II.

The code talkers and many Diné are grateful for the long-overdue recognition, yet younger veterans and others are not pleased with “Windtalkers” casting.

“The central theme of this movie is about one of the guys (Cage), who protected the Navajos, and, if they get close to you, we’ll shoot you. What kind of deal is that?” said Leonard Atcitty, who served in the Marine Air Wing. He’s also chairman of the Spirit Powwow Committee, which sponsors powwows in the Albuquerque area.

“It’s a good thing they did the movie, but this is all about Nicholas Cage,” Atcitty said. “Is any of this money going back to the code talkers? It’s the same old story, taking the Indians’ story and making money on it.”

The movie depicts how Yahzee and Whitehorse must endure racial slurs from a redneck Marine named Chick. Racial prejudice against Native Americans still exists, and “We have to go the extra step just to put on a powwow,” Atcitty said.

“I think it’s about time they recognize who we are,” said Robert Nez, a Diné-Hopi, who lives in Albuquerque.

Nez came to the Spirit Powwow on June 22 at the Bernalillo High School gym to honor his two uncles, James Nez and John Nez, both U.S. Army veterans, who died in World War II.

Nez, along with other Native American veterans, came to the powwow to remember his uncles by Gourd Dancing.

“It makes me proud to dance for them,” Nez said of his uncles.

Andrew Joe from Star Lake, N.M., who had four brothers who fought in Vietnam, was not pleased with “Windtalkers” casting, either.

“They put Nicholas Cage as the star,” said Joe. “They should have put him way back. It would have been nice to see the Navajos out front.”

“I really appreciate what they are doing in honoring the code talkers,” said Harold Yazzie, 44, an Army veteran from 1975-79, who grew up in Shiprock. “But it’s more Hollywood, and I think people are wanting to see a documentary. Still, it’s touching a lot of people who know about the code talkers,” said Yazzie, who sang at the Spirit Powwow with the Zotigh Singers drum group.

Maybe director Woo, whose previous movie was “Mission Impossible 2,” will figure out a way to tell more about what the code talkers did, rather than focusing on combat scenes. More likely, it will take a Native American director, maybe someone like Chris Eyre (Cheyenne-Arapaho), who directed the movie “Smoke Signals,” to tell more about the code talkers’ side of the story. 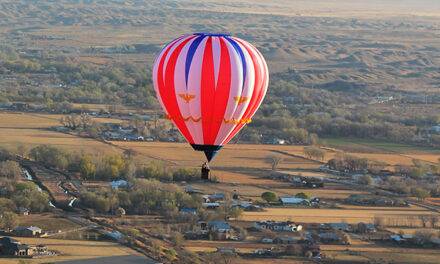 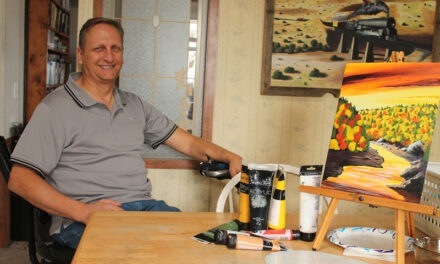