LOS LUNAS — A Valencia County woman has been arrested and charged in connection with more than a dozen intentionally-set fires in the bosque north of the Los Lunas river bridge.

Samantha Leyerly, 33, of Valencia County, was arrested on Tuesday, June 15, and booked into the Valencia County Detention Center. She is charged with one count of arson of more than $500 but less than $2,500 in damages. 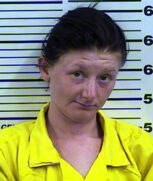 Pending criminal charges from April and earlier this month show an address on Veranda Court in Los Lunas for Leyerly. Online court records indicate prior to this spring, the last time Leyerly was charged with a crime was in June 2014 for a misdemeanor DWI.

Jimmy Vigil, a fire/arson investigator for the New Mexico State Fire Marshal’s Office, swore out the affidavit for Leyerly’s arrest.

“This is still an ongoing investigation,” Vigil said Wednesday morning. “We believe there are other suspects. I really can’t comment further.”

In late May, the Valencia County Fire Department asked the state fire marshal’s office to help investigate a series of about 20 wildland fires in the bosque since March. New Mexico State Forestry Division has estimated the fires cost more than $75,000 in suppression efforts.

“These fires have killed wildlife within the bosque, destroyed the environment, the ecosystem, the natural habitat, has endangered residents … and have put the people without homes (homeless community) who see refuge at risk of serious injury or death,” Vigil wrote.

During the investigation, Leyerly was identified as the suspect responsible for the majority of the fires.

Valencia County Fire Department Wildland Capt. Rob Barr and other investigators spoke with people living in the bosque who told them about people starting the fires and named Leyerly.

A man living in the bosque identified Leyerly as his ex-girlfriend, telling investigators she also lived in the wooded area and had caused some of the fires.

“(The man) stated he doesn’t know the exact dates but that his girlfriend burned down his camp after they got into a verbal argument,” the affidavit reads.

Barr was able to identify the location of that fire, called the “Stump Fire,” which happened on May 15. State forestry provided a cost of $1,728 worth of damage from that fire.

An examination of the scene of the “Stump Fire” found it was not naturally caused, started by a cooking or camp fire, electrical lines or other accidental means — the fire was intentionally set.

Later in May, the man took state fire investigators to several locations where he claimed Leyerly started other fires, including the “Good2 Fire,” which happened on April 2, causing about $28,800 in damage.

With help from Leyerly’s ex-boyfriend, investigators were able to identify two other intentional fires on Mother’s Day — the “Mamacita Fire” and the “Madre Fire” — which were allegedly caused by Leyerly. All were deemed intentionally set.

Vigil talked to several other people living in the Bosque, who claimed Leyerly was responsible for the fires and as a consequence, “they have kicked her out of their camps because they don’t want to get killed by the fires she’s been setting.”

According to Vigil’s affidavit, investigators talked to Leyerly on May 28 at her camp in the bosque. After being read her Miranda rights, Leyerly told investigators she set her boyfriend’s camp on fire. She also said she started two fires on the same day, but later recanted and said she only started one fire. 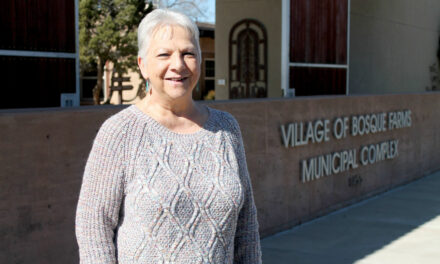