‘Women Who Pave the Way’ art exhibit at Belen Hotel

Women made a vital contribution to the exploration and settling of the west, including New Mexico.

To honor them, the Museum of New Mexico has developed a traveling exhibit, “Women Who Pave the Way.”

The Van of Enchantment will bring the exhibit to Belen on Wednesday, April 24. The van will be located at the Belen Hotel, 200 Becker Street from 2 p.m. to 6 p.m.

Among the artists whose work will be exhibited will be Belen resident Judy Chicago.

“This exhibit is in conjunction with the legislation which was introduced at the legislative session to begin to identify the sites where women made a contribution to our state’s history,” Chicago said.

The exhibit will include panels, videotapes, slides, publications, posters and photographs of New Mexico women who have paved the way in the state.

“All three cultures of New Mexico are represented in this show,” said Marcia de-Chadenèdes, van coordinator. “The show is a collaboration of five museums — Museum of International Folk Arts, Museum of Fine Arts, Museum of Indian Art and Culture, Palace of the Governors and Museum of Spanish Colonial Art.”

The show has been to Las Cruces and is scheduled to be in Silver City in conjunction with the Heritage Preservation symposium. It is stopping in Belen at the request of Chicago.

“When they called for a contribution of my work, I asked if the exhibit could come to Belen,” Chicago said. “One reason I wanted to bring it here is to contribute to the cultural awareness of Belen.”

“Women Who Pave the Way” is sponsored by Chicago’s Through the Flower Foundation, the Belen Chamber of Commerce, Valencia County News-Bulletin, Pilot club of Belen, American Association of University Women-Valencia County and University of New Mexico-Valencia Campus.

“Very important women figures in all three cultures were involved in the development of this state. These are the types of achievements Through the Flower wants to bring into the awareness of this generation,” Chicago said.

The office of Through the Flower will also be open for the public to learn about the foundation. 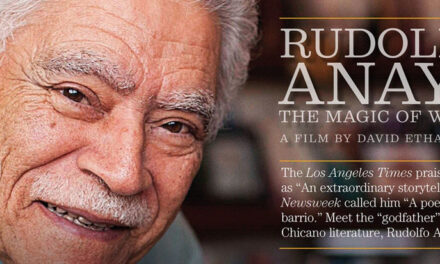