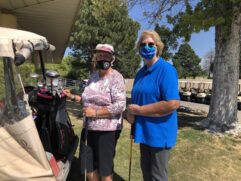 In April, the Partner’s Best Ball Tournament will be played.

A scramble was played on Wednesday, April 7, and regular play days will occur the rest of the month, including the first ace day competitions for the season.