Home » Sports » Women’s Golf in May

Women’s Golf in May

RIO COMMUNITIES — Highlighting Women’s Golf Association action for the month of May was the Eclectic Tournament played on May 18 and 25.

Winning the 9-Hole competition was Anna Martinez, with Edie-Redfearn Moore taking honors in the First Flight of the 18-Hole division, and Josanne Cossio winning the Second Flight.

In Ace Day competitions for the month, Beth Taylor won the 9-Hole division, and Robin Boyd was the 18-Hole winner.

Chip-ins were made by Kathryn Bayless and Fran Griffeth.

Several ladies participated in the Knights of Columbus Tournament on May 7, with Berta Murzyn, Regina Trujillo, Jeannie Burleson and Ulivarri placing fourth. Trujillo was Closest to the Pin on hole number 3, and Ulivarri won the Long Drive contest on hole number 2.

Joanne Romero For the News-Bulletin 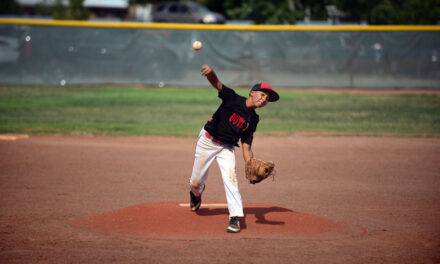