Yalch’s race for the record was almost nipped in the bud Thursday night when controversy struck at the Crushers’ game against the Sidewinders. With the Crushers winning 15-7, Yalch was thrown out of the game for running into the catcher instead of sliding on a play at the plate. The run counted, but because Yalch was thrown from the game and his team had no one on the bench, the Crushers were forced to forfeit the contest.

“I was just coming towards the base, and I saw that the catcher wasn’t paying attention to the play,” Yalch explained. “I would have taken him out if I would have slid.”

The forfeit wasn’t the only consequence to Yalch’s action. Because he was thrown out of the game, there was a chance he would be suspended for the team’s final game of the season and would not get a chance to break the record.

Though the forfeit was final, Dennis Kerns, the league coordinator, had to rule whether Yalch would have to sit for the next game due to the ejection. The final ruling was that, because Yalch was not intentionally trying to hurt the catcher, he will have another shot at breaking the record on Monday.

Yalch, a former Los Lunas High School baseball player, is only in his second season in the league and has already found his niche with the Crushers.

“I’m just trying to hit the ball hard. That’s all I can do,” Yalch said. “I’m really not doing anything different than last year.”

Yalch has been thinking about the record for half the season after some of his teammates mentioned he might have a shot at breaking it. However, just like in Major League Baseball, when a player hits home runs as often as Yalch does, pitchers have a tendency to try to pitch around him.

“I haven’t gotten many pitches, but I just do what I can with what I get,” he said. “I’m not the only one on the team who hits home runs. Luckily, they can’t pick on everyone all the time.”

Also hitting the long ball with some proficiency is Yalch’s teammate Zack Stephenson. Stephenson is second in the league, with 19 homers, after hitting three in Thursday’s game.

Yalch will be chasing history on Monday night in his final game of the regular season against the Royals at Daniel Fernandez Park. 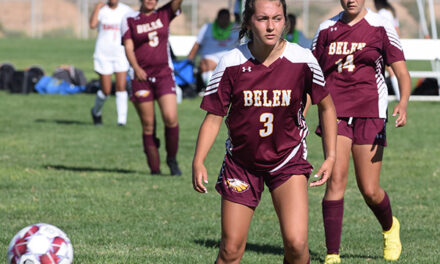