Home » Opinion » Court Report » Be safe on our roads

Be safe on our roads

Valencia County, can we talk?

They say a true friend is not afraid to tell someone they care about a hard truth. The truth is, and in my opinion, we have too many traffic tickets in Valencia County. 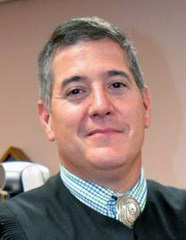 I pulled data from both Magistrate Courts and all five municipal courts and found that we have an average of more than 18,000 tickets filed in our courts each year. That is not a typo, the number is an astounding 18,000.

That number does not include the number of tickets paid directly to the New Mexico Motor Vehicle Division. I asked a couple of police officers to estimate how many drivers choose to pay their ticket rather than go to court. The answer was about 20 percent.

If that is objectively correct, then the tickets issued in our county actually total around 21,600. If each of those were issued to a different Valencia County driver, it would mean 35 percent of our drivers – 1 in 3 – received tickets for traffic violations.

Recent population counts for Valencia County show we have about 75,000 people in the county. Of that number, 60,400 are of driving age 15 or older.

This column could be titled “No Judgment” because I have received tickets, too. In fact, several when I was in college in the 1980s. Back then, my insurance company actually sent a letter telling me they were considering dropping my coverage. Yikes! I changed my ways.

After that experience, I never really paid much attention to this problem. However, when I became a magistrate judge and found that traffic tickets accounted for nearly half of my caseload, I was truly surprised.

When people come to court for a traffic case, I look up their driving records in a computer system and find that many do not have any tickets beyond that pending before me. I usually thank them for their overall good record and work with them to keep the citation from affecting their driver’s license.

In conversations with other judges about traffic cases, their philosophy is essentially the same. We recognize that people have bad days and we can all make a mistake.

On the other side of the coin, I see some people with five, 10 or even more tickets. These habitual traffic offenders scare me. These individuals typically pay a fine and have points assessed against their driver’s license by the Motor Vehicle Division, which might affect their insurance. More importantly though, they are putting themselves and others at risk.

I would like to thank my fellow judges for sharing their traffic data with me for this column. Based on my conversations with many of them, they feel the same way I do. We all want our roads to be safe and have a genuine concern for the safety of our neighbors, friends and family.

Valencia County drivers, as a friend, I am asking you ­— please be safe on our roads. 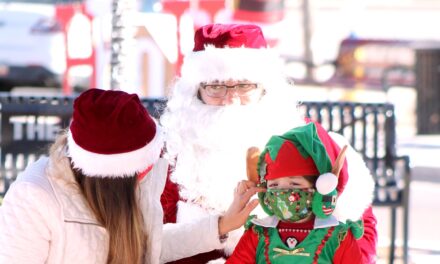 The ins and outs of turf grass