A majority Republican field of candidates filed to run for Valencia County seats in the 2022 primary election on Tuesday, March 8.

Out of the 26 candidates who filed, 10 are Democrats, the majority of whom do not have a primary opponent, giving them a clear path to the November General Election. The primary election is set for June 7.

There are two candidates in the race for Valencia County Sheriff — Democrat Rodney Jones and incumbent Republican Denise Vigil.

Jones, 56, is a retired law enforcement officer. Vigil, 51, is currently the Valencia County Sheriff. She is running for her second term.

There are two seats up on the Valencia County Commission — Districts 1 and 3.

Republican Gerard Saiz, 63, currently holds the District 1 seat and is running for his second term. He is a retired federal employee. He is running unopposed.

In District 3, Sabrina Marie Sweeney was the only Democrat to file. Sweeney, 36, is a cosmetologist, business operator and works at Hair Innovations.

Two Republicans — Pablito H. Herrera and Morris R. Sparkman — will compete in the June primary. Herrera, 43, is a television producer, and Sparkman, 27, is a design engineer for a U.S. Department of Defense contractor.

Incumbent Commissioner David Hyder, a Republican, could not run again due to term limitations.

The Valencia County Assessor’s race drew two candidates, and both will go on to face each other in November.

Democrat Beverly Dominguez Romero, 60, is the current Valencia County assessor and is running for her second term.

The race for Valencia County Probate Judge drew the biggest field of candidates, with five contenders.

Democrats Sharalaina Piro-Rael and Helen Saiz will face off in June. Piro-Rael, 32, is the owner of a local music store and music teacher.

Saiz, 52, is retired from the New Mexico Department of Health. Formerly known as Helen Cole, Saiz retired from Valencia County after 19 years, and served one term on the county commission.

Three Republicans will be on the primary ballot — Jennifer L. Jaramillo, Cynthia A. Runyon and Wendy Emily Wallace.

Jaramillo, 36, is a secretary and first call driver at Romero Funeral Home in Belen.

Runyon, 47, works in marketing and is a school administrator, and Wallace, 51, is a realtor.

The Division I magistrate race drew one candidate from each party.

Republican Miles Tafoya, 35, is the current magistrate for Division I. Tafoya is running for his first four-year term, after being elected in 2020 to complete the term of retired magistrate Tina Garcia.

Sabrina L. Rael, 31, was the only Democrat to file to run for Division III magistrate. She is a classification officer.

Three Republicans — Ragon P. Espinoza, Marisha E. Maez and Deseri Ann Sichler — will be squaring off in the June primary.

Espinoza, 38, a permanency planning worker with CYFD, is currently a member of the Los Lunas Board of Education, in the District 4 seat. He was appointed to the board in June 2021, after the entire elected board was suspended by the New Mexico secretary of education. Espinoza was reappointed to the seat in January, after the November local elections.

Sichler, 49, was reelected to her second term as county treasurer in 2020. She is also the owner/broker at Real Estate Masters. If she makes it through the primary and is successful in the General Election, the Valencia County Commission will be tasked with appointing a replacement for the remainder of Sichler’s term.

After serving in the New Mexico Legislature for 10 years, District 7 incumbent Republican Kelly Fajardo announced she would not be running for reelection on Tuesday, meaning Democrat Danny M. Bernal Jr. and Republican Tanya Mirabal Moya have the field to themselves.

“After much deliberation … I have decided to not run for reelection. It has been the biggest honor and privilege of my life to serve my state and the residents of Valencia County,” Fajardo said. “I have always said that the seat I hold is the people’s seat and holding political office is a privilege, not a right.

“It is now my time to step aside and let someone else serve in the community that I have raised my children, and I call home.”

Bernal, 23, is the supervisor of assignments at ADC LTD NM, and is a Belen city councilor.

In District 8, only Republican Brian Baca filed to run. Baca, 51, was appointed to the seat in January after Alonzo Baldonado suddenly announced his resignation from the seat. Baca is the deputy superintendent for Los Lunas Schools.

In District 49, Republican Gail Armstrong will once again run unopposed. Armstrong, a business owner, has represented the district since 2017. She was appointed to the seat after former Rep. Don Tripp retired just before the 2017 legislative session.

Democrat incumbent Harry Garcia is also running unopposed for his District 69 seat. Garcia, a retired business owner, was appointed to the seat in September 2016, after former Rep. Kenn Martinez resigned.

Anyone wishing to run in the primary who missed Tuesday’s filing deadline can still file as a write-in candidate from 9 a.m. to 5 p.m., Tuesday, March 15, at the Valencia County Clerk’s office, 444 Luna, Ave., Los Lunas. 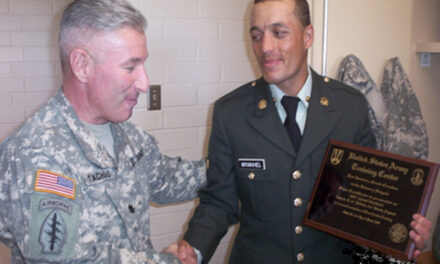 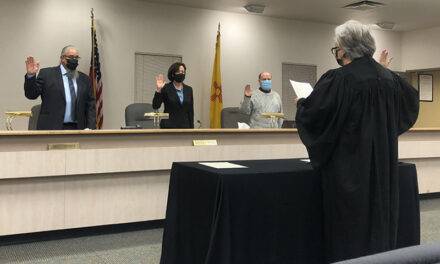 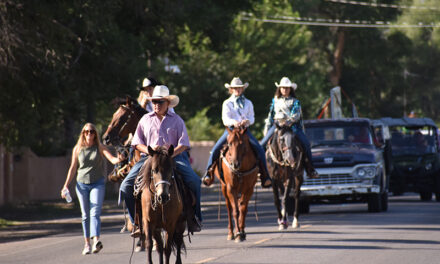