Los Lunas High School boys basketball head coach Hamilton Doyle had barely enough players to field a team for his youth basketball camp held this week in the high school gym. Just six kids turned out for the camp, all in either the seventh or eighth grade.

“I was very disappointed with the turnout,” Doyle said. “I’m not sure if it was just bad timing or if people thought the camp was too expensive, but we’ll get on the same page before too long.”

The low turnout was a blessing as well as a disappointment for Doyle, who was able to spend more time with each child individually and to work on improving each child’s skills.

“I got to spend a lot of one-on-one time with kids,” the coach said. “I think the kids had an opportunity to see what a stickler for the basics I am. I’ll spend an hour working just on footwork if I think that’s what they need to work on.”

The players who did show up spent a lot of time with some of the older Tiger players and even worked the motion offense the Tigers utilize. During one portion of the camp, the younger players played against the ninth-graders in half-court scrimmages.

While the campers were exposed to the same offense the Tiger varsity team runs, Doyle said it was more important that they sharpened their fundamentals.

“Right now, I don’t care if they know the offense or not,” Doyle said. “The middle school coaches can run whatever offense they want. My biggest concern is that the younger players work on their basic skills.”

Doyle, who completed his second year as head coach, said it is important to the future of the program to give attention to up-and-coming players.

“At this age, it’s good for the kids to get out there and see what they’re doing wrong,” Doyle said. “Now, they still have a couple years to work on their skills before JV and varsity.”

Doyle called the camp a reality check for many of the younger players. They got a chance to see what it takes to play at the high school level. In addition, he gave tours of the weight room and explained the strenuous schedule he would hold them to when they made it to his team. 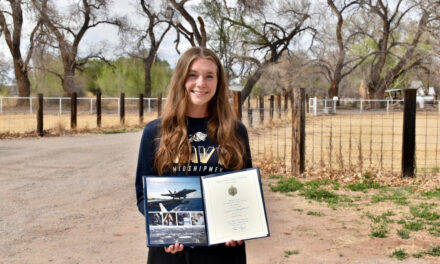 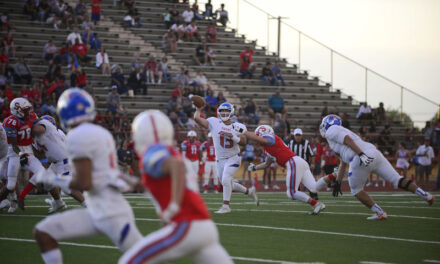