‘Cold Mountain’ brings the Civil War back to life

America began as a nation on the move, and some of its greatest novels describe life on the way to somewhere else. Start with “Huckleberry Finn,” go on to “The Grapes of Wrath” and continue with “On the Road.”

In “Cold Mountain,” first-time novelist Charles Frazier has given us a novel with a modern sensibility, written in the style of another century.

The prose is of the 20th century, with little of the overwriting of detail that was typical of novels of the early Victorian era in which the story is set. And yet it has the charm of that time — a different cadence of speech, an ardent love of the countryside, a full supply of unusual characters.

The story is that of Inman, a young man who finds himself fighting for the South during the Civil War. Wounded and recuperating in a hospital, he begins planning how to escape the bloody horror of the battle and the overwhelming cruelty of soldiers on both sides.

It is a Civil War unlike that most readers have learned about in their history books, unless they took to heart stories about creeks running red with blood and surgeons having to amputate limbs without the benefit of anesthesia.

Inman wants to return to Cold Mountain, a place deep in North Carolina, where he came of age among the Cherokee and settlers who may have never been more than a few miles from their homes.

He’s making his way back to a young woman, Ada, who he doesn’t really know, but who, he believes, will marry him. Alternating chapters tell Ada’s tale of hardship, too. The only child of a minister who sent himself as a missionary to the people deep in the hills, she finds herself alone in the world after her father dies.

Never has she had to worry about where her food will come from or how she will live. Now, she discovers she is out of money, her only resource a farm she hasn’t a clue how to operate. Luckily, a wild child named Ruby comes to her rescue, teaching her how to kill chickens, make hay, plant a garden, find honey and a thousand other bits of unending work that is apparently to be the lot of the women for the rest of their lives.

Frazier writes in detail about work, such as making apple butter, and how it feels to accomplish something that will keep you living through the cold, cruel winter. He makes you tired with the firewood that has to be chopped, the fields that need hoeing. And you come to realize how much the little treasures meant – the bit of music heard here or the few moments just before dark when you can sit on the porch and read a novel aloud.

Few authors have written about work with such clarity and beauty. “Moving slow, not straining, just lifting the seven-pound maul and letting it fall so that weight and gravity and the magic of angle combined to disassemble the log. She liked driving the wedge in halfway and then stopping to listen for the ripped-cloth sound of the crack as it kept opening for several seconds after the last blow.”

As in “Huckleberry Finn,” the story is filled with villains; in this case, people who lie, cheat and even try to kill Inman. There’s a minister he discovers attempting to murder a young woman he’s made pregnant, a vicious family of the most lowdown category of humanity – surely the ancestors of those folks you see portrayed in bad movies like “The Texas Chainsaw Massacres.” And there are the roving bands of Outlanders that are searching for soldiers who’ve decided the army isn’t for them. Some of them decide it’s too much trouble to turn them in and shoot the line of chained veterans and leave them buried in the woods.

Sounds violent? It is, and yet it isn’t. There’s none of the modern writing that describes the bloodshed in squeamish-making detail. Instead, there’s enough to make the reader understand the constant danger, waiting with breath held to see what will happen to our hero next.

And Inman is a hero. Despite the fact that he’s a deserter, he’s the good guy here. He’s the one that is tired of the bloodshed, who tries to see that people do the right thing, who remembers his homeland and wants nothing more than to live there peacefully with Ada.

There is country wisdom and country color in Frazier’s writing. There is poetry and moral heft. There is a story — borrowed from his great-great-grandfather — that surely must be mostly true.

Soon, “Cold Mountain” will be turned into a movie; Tom Cruise is being talked about as portraying Inman. There is no way the movie can gather this whole story up in a two-hour package and make it anywhere near as moving and revealing of an era as this book does.

Do yourself a favor. Read the book and then consider seeing the movie — maybe. You’ll never forget this story. And you’ll count your blessings when you realize how truly easy and blessed your own life is. 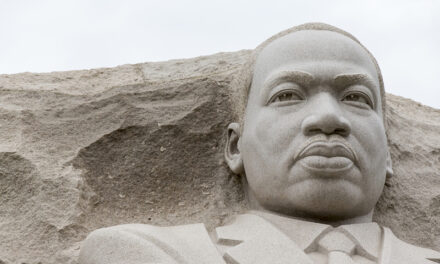 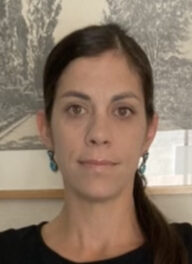