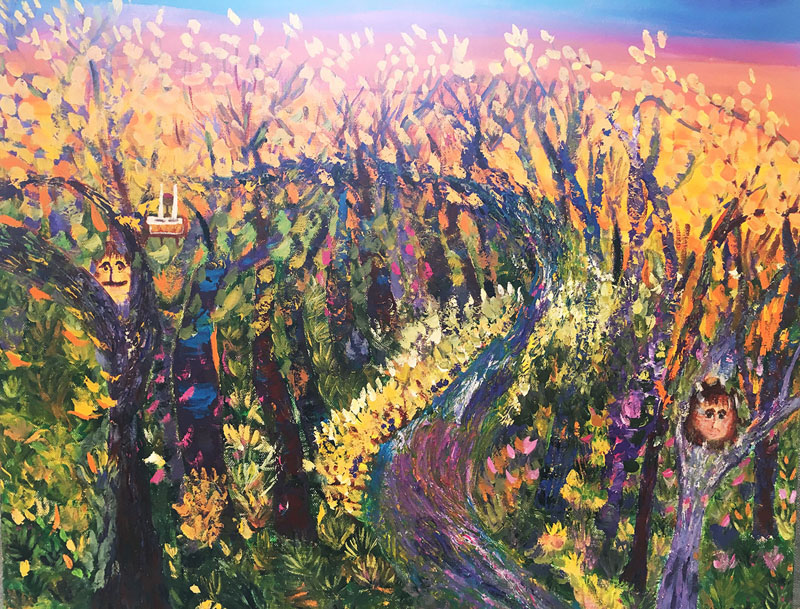 LOS LUNAS — Get out, convert or die. Those were the three choices offered to people of the Jewish faith in 15th century Spain.

Fearing for their lives, many fled Europe and came to the new world where outwardly they lived as Catholics, but when the sun set on Friday night, they would close the curtains and celebrate the Sabbath.

“I’m an Ashkenazi Jew, born in New York City, and I have never had to hide that,” said Los Lunas artist Harriet Anaya. “So when I moved to New Mexico, and learned about people who hid their Jewishness, these crypto-Jews, for fear of their lives from the Inquisition, I had to know more.”

For 13 years, the secret, hidden Jews of northern New Mexico have been Anaya’s passion. Now that passion as artwork will be on display at the Los Lunas Museum of Heritage and Arts for a two-month show featuring Anaya’s work as well as that of Katherine M. Soskin.

The opening reception for the exhibit will be from 1-4:30 p.m., Saturday, May 11, at the Los Lunas Museum of Heritage and Arts. The exhibit will run through July 6.

This wooden cross made by Harriet Anaya has a removable star of David, much like Jewish families practicing in secret would have had in their …

The reception will include a viewing of Schwartz’s film “Challah Rising in the Desert: The Jews of New Mexico,” as well as a discussion of the artists’ works.

Both Soskin and Anaya have had shows at the museum in the past and heard about each other’s work. Anaya approached the museum about having a crypto-Jew show and wanted to include Soskin, who brought in Schwartz and her film.

Anaya, who says she has “flirted” with Christianity, with both the art and belief holding her interest, often creates works that much like the crypto-Jews, outwardly appear to be one thing while concealing another.

A wooden retablo of the Mother Mary looks like a traditional Hispanic piece, but a closer look reveals hidden symbols and icons of the Jewish faith. A wooden cross she carved has a star of David mounted on it that can be removed, much like what Jewish families most likely displayed in their homes to perpetuate the subterfuge of being good Catholics.

Schwartz, who moved to New Mexico in the 1960s to attend graduate school at the University of New Mexico, said many New Mexico families have sons named Adonai, the Hebrew name of God.

The show for Schwartz is all about identity.

“That is so important right now,” she said. “Every time we’ve shown the film across the state, people after have said, ‘That’s my life, my history.’ Every time.”

As women, as Jewish women, Soskin said they have to stand up and be true to who they really are.

“So many Jews in New Mexico, they left their spirit outside the (Catholic church) door,” she said. “It’s important to have roots, a steady foundation. Only then can we be flexible, learn and grow, be a light to others. You have to have that foundation to be that light.”

According to Schwartz, Challah Rising visually represents the interconnectedness of the waves of Jewish immigration woven into New Mexico’s history, its landscape and people.

She is working on a follow-up feature documentary, “A Long Journey: Hidden Jews of the Southwest,” that focuses strictly on the crypto-Jews.

Both films are beneficiary projects of the Jewish Federation of New Mexico and Long Journey is a joint project of Cinewest Productions and New Mexico PBS, KNME. PBS is matching donations for the second film dollar-for-dollar, Schwartz said.

After retirement, she was able to turn her attention to her creative interests, publishing two books of poetry.

For more than 30 years, Soskin has painted and photographed landscapes from Australia to the Southwest, and her works have appeared in one-woman shows at Clowes Memorial Hall of Butler University, the Jewish Community Center, Indianapolis Hebrew Congregation, as well as other venues. 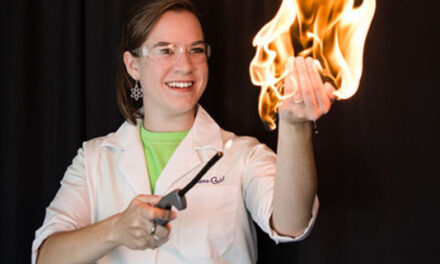 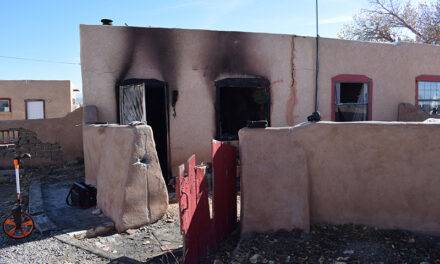